Home NM FACT CHECKER Fact Check: Video of policeman assaulting a woman is NOT from France;... 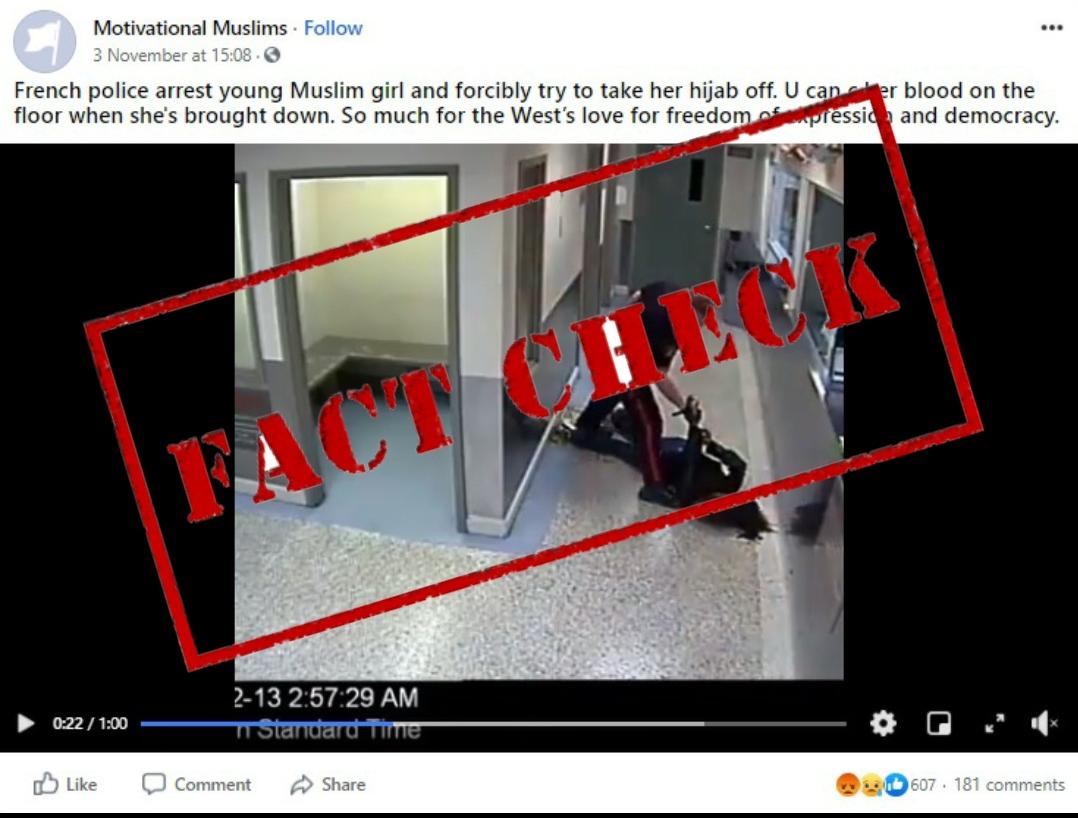 A video of a policeman thrashing a woman has gone viral on social media claiming that French police has arrested a young Muslim girl and forcibly tried to take off her hijab.

The Facebook post read, “French police arrest young Muslim girl and forcibly try to take her hijab off. You can see her blood on the floor when she’s brought down. So much for the West’s love for the freedom of expression and democracy.” 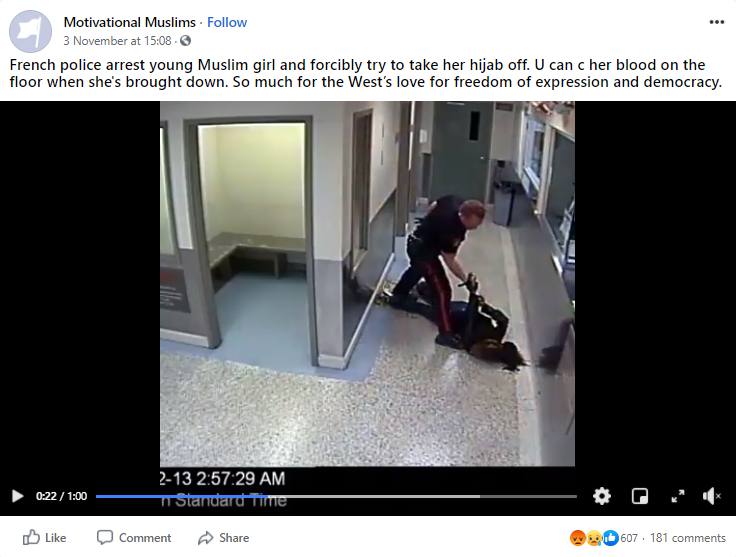 With the help of InVID tool, we got the keyframes of the video. On putting the keyframes of the video through Google Reverse Image Search, we found a screengrab of the same video in a news article on Revolt TV dated October 29, 2020, claiming that a judge ordered the release of a woman in the video which showed a police officer slamming a handcuffed woman face-first onto the ground.

According to the report, the incident occurred in Calgary, Canada in 2017. The Police officer seen in the video is Alex Dunn, who is currently on trial for assault causing bodily harm. Also, the woman in the video was identified as Dalia Kafi, who was arrested for violating a court order. 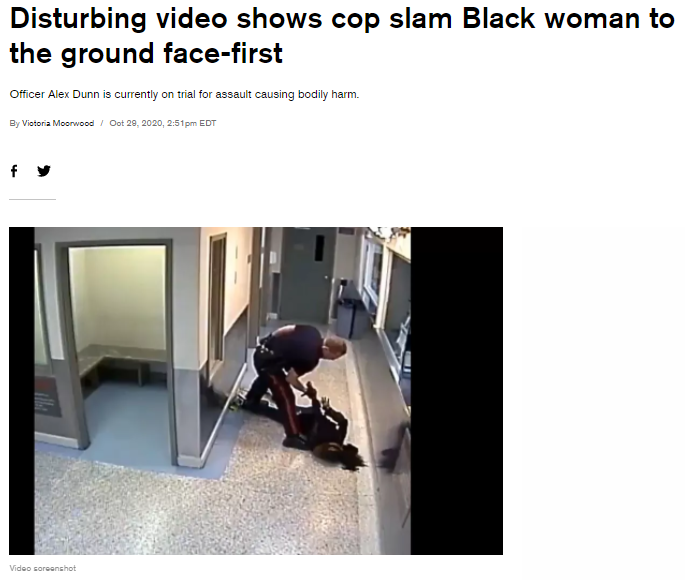 We also found the same video in another news article on 660 City News dated October 28, 2020, claiming that this video is of December 2017. 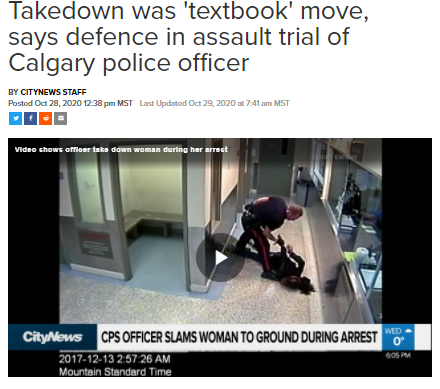 Reports by other news organizations like CBC and Global News also claim that the video is from December 2017 from Calgary, Canada.

In conclusion, the viral video is falsely claimed to be from France. Truth is that the video is three years old from Canada.