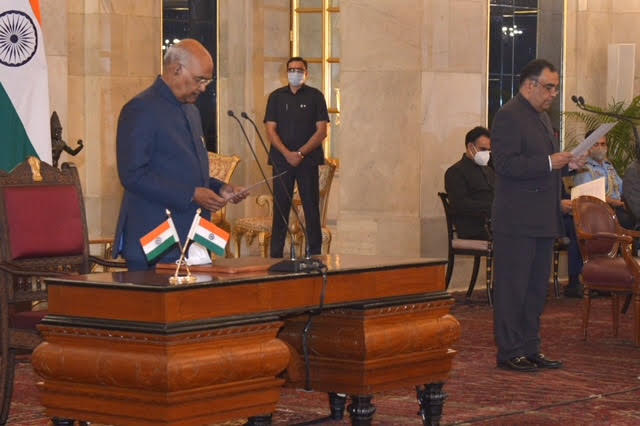 The President of India Ram Nath Kovind has administered the oath of office to Yashvardhan Kumar Sinha as Chief Information Commissioner(CIC) in the Central Information Commission according to a statement by Rastrapathi Bhawan. The oath taking ceremony was held on Saturday at 10:00 am at Rashtrapati Bhavan. Sinha’s tenure will be for a period of three years.

Born on October 4th 1958, Sinha who is an Indian Diplomat belonging to the Indian Foreign Services(IFS), comes with a rich experience having carried out several diplomatic assignments including being the High Commissioner of India to the United Kingdom, High Commissioner of India to Sri Lanka, Additional Secretary,(Pakistan,Afghanistan, Iran), MEA, New Delhi and Joint Secretary,(Pakistan,Afghanistan, Iran), MEA, New Delhi.

Sinha was short-listed for the post by a three-member committee headed by Prime Minister Narendra Modi. Other members of the panel include Union Home Minister Amit Shah and Congress leader in Lok Sabha Adhir Ranjan Chowdhury.