Fact Check: Did Donald Trump tweet about leaving if he loses US election? Here’s the truth | Newsmobile
Sunday, October 2, 2022

A screengrab of US President Donald Trump has gone viral all over social media claiming that he will leave the country if he loses US Presidential elections. It is also claimed in the post that in a reply Joe Biden replied ‘Bi den’.

The screengrab read, “If Biden somehow manages to win the election, you won’t see me again, I’ll simply leave the country!”

NewsMobile fact-checked the above post and found it to be Morphed and FAKE.

We then looked at the screengrab carefully to spot the difference. We then compared the viral post and desktop Twitter view and found the following differences:

Further, we then compared the viral post with Twitter deck view and also with the mobile view for confirmation.

On digging further, we then noticed the watermark in the viral post. The watermark read, “@thecoveringproblemchild”. 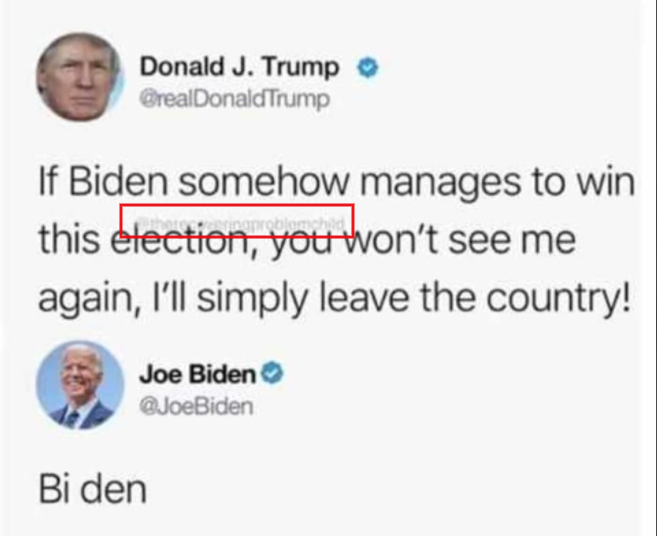 This watermark took us to the Instagram meme page by Sam Grannis, where we found the same Instagram post. According to the brief biography on Instagram, this page is a meme page for promotions and credits.

The meme page on Instagram is private so the screenshot is attached below. The post was uploaded on October 22, 2020, which was created just for promotion. 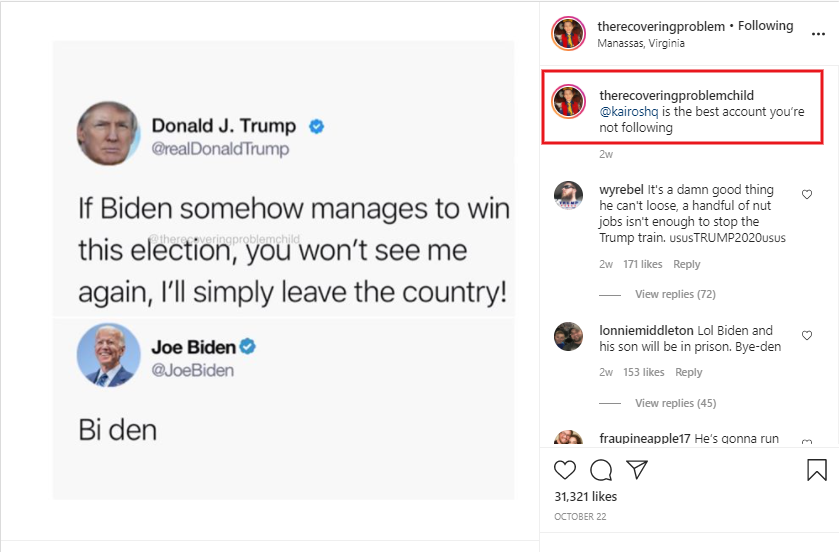 In conclusion, US President Donald Trump’s tweet on social media is not real and was  created just for humour. Don’t fall for the morphed tweet as it is misleading.