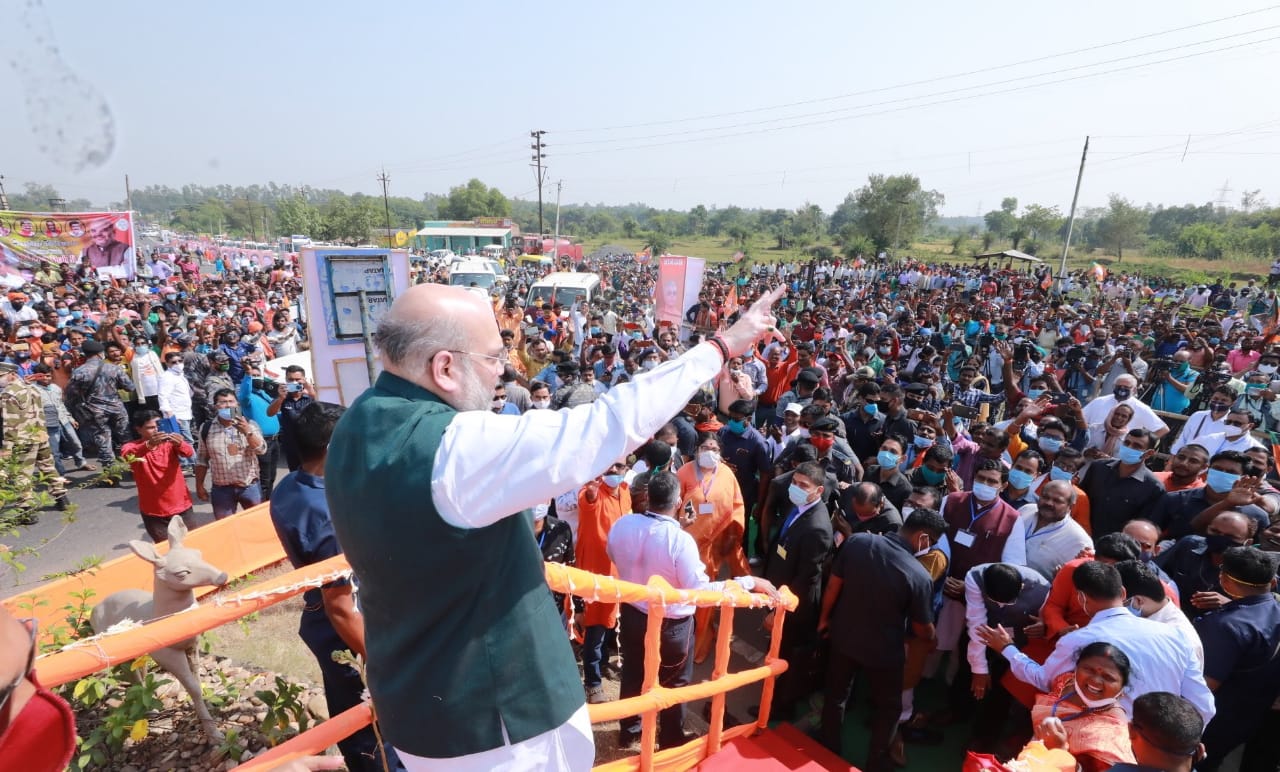 The BJP is ramping up Assembly poll preparations in West Bengal slated in 2021, with Union Home Minister Amit Shah, leading from the front with his two day visit to the state on November 5th and 6th. Shah who arrived in West Bengal on Wednesday night, is holding zonal organizational meetings with party workers, to strengthen the party’s support base at the booth and grassroot level.

“The death knell has rung for the Mamata government. In coming days, the BJP will form the government with two thirds majority. I appeal to people of Bengal, Bengal is a bordering state the security of Bengal is connected with the security of the country. To secure the people of Bengal and provide employment to the youth and take people out of poverty, throw out the present government. Give the BJP government a chance.” Said Amit Shah who arrived in Bankura district on Thursday morning to hold a key meeting in the Junglemahal area, which was considered an erstwhile maoist belt.

Shah’s lunch appointment with a tribal family in Chaturdhi village in Bankura on Thursday is a reminder of sharing a meal with a family in North Bengal a few years ago. Shah will also have a meal with a refugee family on Friday. BJP created a dent in Trinamool Congress(TMC)’s refugee and matua or tribal votebank in the 2019 general elections. The tribal and matua community which come under the Scheduled Caste(SC) status comprise of roughly 16% of the total population in West Bengal.

The decision to have lunch with tribal and refugee families is a bid to dispel the growing dissent to the saffron party’s decision to go ahead to implement the Citizenship Amendment Act(CAA). The Act seeks to amend the definition of illegal immigrant for Hindu, Sikh, Parsi, Buddhist and Christian immigrants from Pakistan, Afghanistan and Bangladesh, who have lived in India without documentation. However, the Matua community which has it’s origins in East Pakistan, wants citizenship under the CAA and hence a section of the community voted for the BJP.