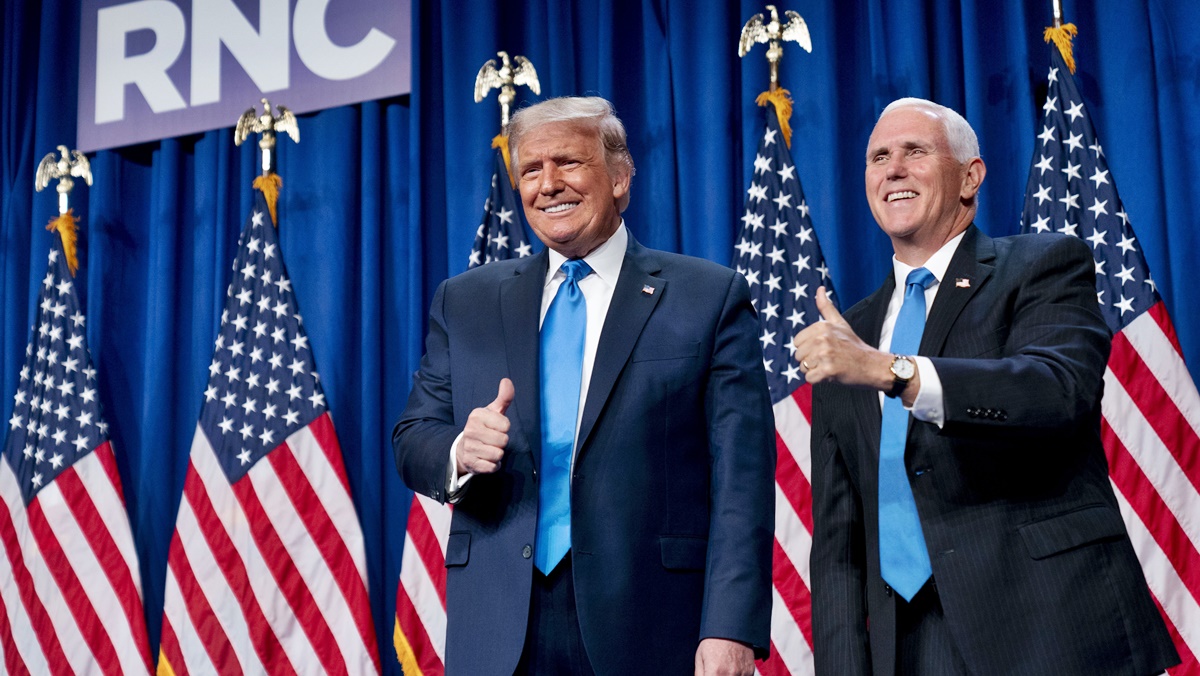 It’s election day in the United States and Donald Trump is the Republican Party nominee for the US Presidential Elections 2020, while Mike Pence is running for the post of Vice-President.

Here’s a look at their profiles:

He assumed office on January 20, 2017, and filed to run for re-election on the same day. He crossed the delegate threshold necessary to win the Republican nomination–1,276 delegates–on March 17, 2020. He was formally nominated at the Republican National Convention on August 24, 2020.

Donald Trump was born in New York City in 1946. He attended Fordham University and the University of Pennsylvania’s Wharton School of Finance and Commerce, according to the White House website. After that, he started working for his father’s business and eventually founded the Trump Organization, which comprises 500 companies involving resorts, hotels, residential properties and more.

ALSO READ: And The Winner Is: All You Need To Know About US Election Timeline

Vice President Mike Pence is a former governor and U.S. congressman, and has played a significant role in some of the Trump administration’s main legislative victories, which include tax cuts passed in 2017.

Pence also led the U.S. response to the COVID-19 outbreak as the chief of the White House Coronavirus Task Force.

Mike Pence was chosen by Donald Trump as his 2016 running mate from a list of finalists that included former House Speaker Newt Gingrich, and Ex-New Jersey Governor Chris Christie.