The race to the White House might be keeping the United States on the edge, but thousands of miles and oceans away, in a tiny agricultural hamlet in Tamil Nadu, people are keeping their fingers crossed too.

They came together and placed a flex board outside the temple and performed a special pooja including abhishekam and decoration of the deity with flowers. 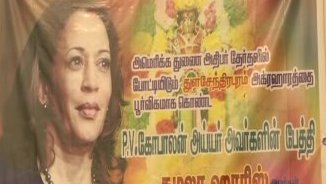 Harris’s mother Shyamala Gopalan and her family belong to Thulasendrapuram and soon after learning that about Kamala’s run for power in the United States, villagers started setting up flex boards with her pictures across the village. 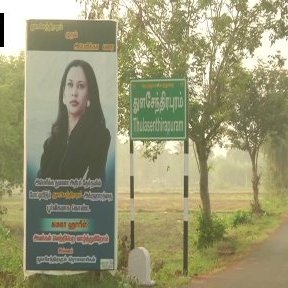 “We all want Kamala to win. The temple is the native temple of Harris’s family. It is a very small one and a few days back the villagers decided to do special pooja in the temple on Tuesday, the voting day,” said V Senthilkumaran, a local villager.

ALSO READ: And The Winner Is: All You Need To Know About US Election Timeline