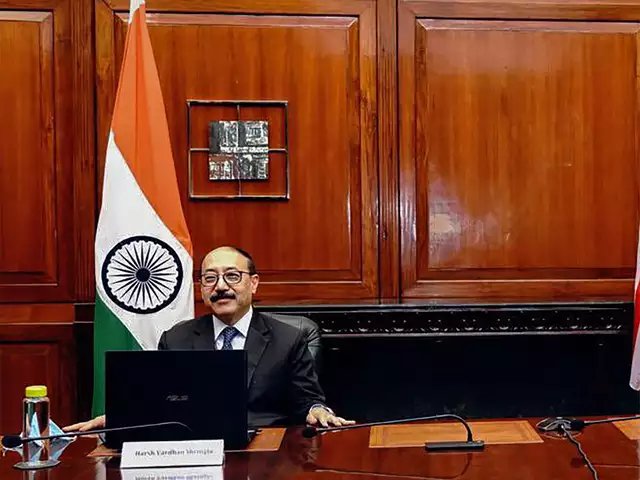 India’s Foreign Secretary Harsh Shringla is known to be a diplomat who is a realist and that was apparent in his whirlwind tour of key European capitals in the middle of the COVID-19 Pandemic.

In his interactions with key European interlocutors Shringla was successfully able to flag Prime Minister Narendra Modi’s message of Atma Nirbhar Bharat and how even during the pandemic, India has been at the forefront of its selfless diplomacy, which found resonance amongst his interlocutors.

During his meetings, Harsh Shringla highlighted the common interest of India, Europe and Germany to combat terror and extremism. He also welcomed Berlin’s strategy on Indo-Pacific.

The Foreign Secretary called upon “like-minded countries” to work together and said that “there can be no justification for terror under any circumstances”.

India also welcomed foreign policy turn of Germany towards the Indo-Pacific. Earlier this year, the German government announced its Indo Pacific strategy, a move that exhibits greater interest in the concept that Beijing views as suspicious.

Harsh Shringla highlighted that “India” is an important factor in the region and that it is “the most reliable partner to implement our shared vision for the region.”

In the last leg of his visit, FS Shringla will be in London to meet permanent undersecretary of the Foreign, Commonwealth and Development Office, Sir Philip Barton.