A CCTV footage of a fight at a store is doing rounds all over social media claiming that two French men attacked a Muslim man in France thinking that he is alone.

(Translation: Two French men attacked a Muslim man in France thinking that he is alone will not be able to do anything. But the Muslim boy beat him in such a way that it was fun watching. Watch the video. #Boycott_French_Products) 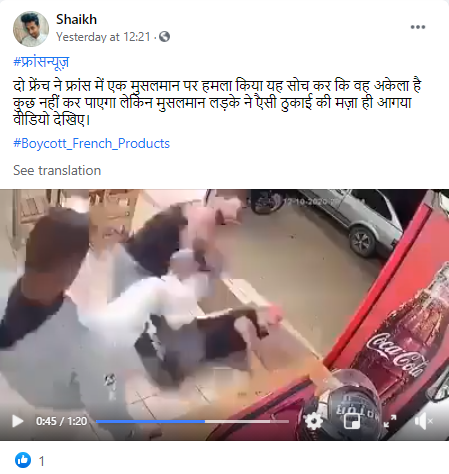 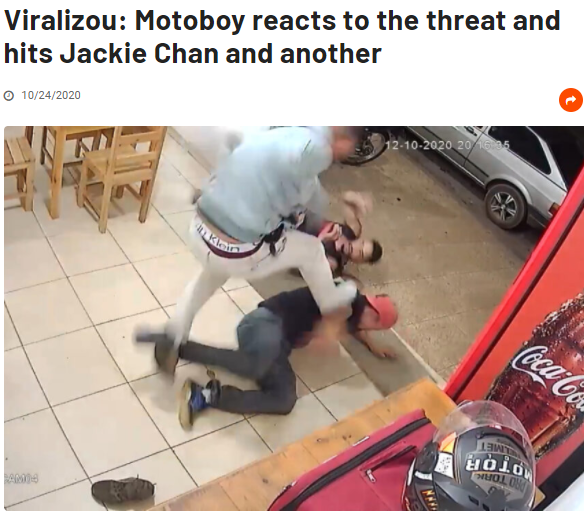 Further, we also found another article on ISTOE dated October 28, 2020, claiming that the man in the viral video is a courier boy who reacted after he was threatened by two men in a cafeteria in Minas Gerais, Brazil. 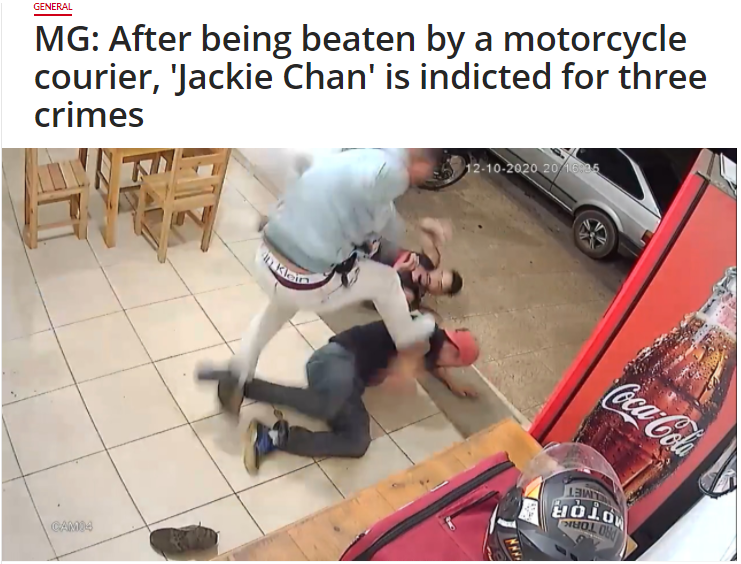 Other similar posts claiming that the video is from Brazil and not France were found here, here, here and here.

On digging further, we found a news report by G1 dated October 23, 2020, claiming that the man in the grey shirt was a courier boy, who retaliated after being knocked down by two men. One of the two men is popularly known as Jackie Chan, who is identified as a regular offender named Rafael Junior da Costa Vieira.

According to the reports, the incident took place on October 12, 2020.

The investigating officer said that in the CCTV footage Rafael and his friend were giving warning to the courier boy to stay away from Rafael’s girlfriend. However, later on, the courier boy claimed that he is already married and denied to know Rafael from before.

Moreover, we also found a full video of the CCTV footage on YouTube by UOL dated October 28, 2020, claiming that this video is from Minas Gerais, Brazil and not France.