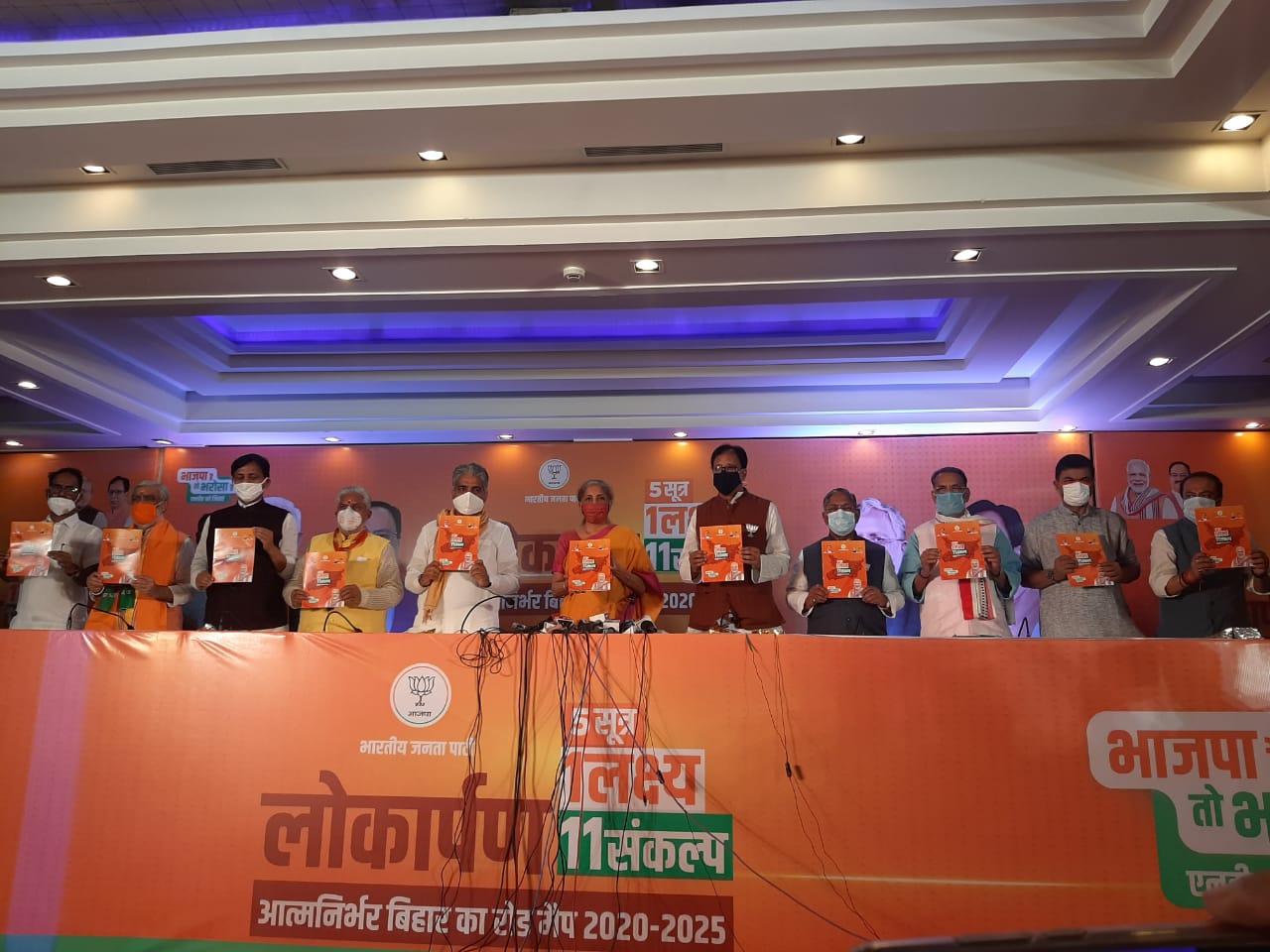 After opposition parties slammed BJP for promising free COVID-19 vaccines in its Bihar poll manifesto, the Election Commission has given a clean chit to the ruling party. The poll panel said that the promise of free vaccine to the people of Bihar is not violative of the Model Code of Conduct.

A complaint was filed against the announcement last week by the RTI activist Saket Gokhale. He alleged that the announcement was a gross violation of the central government’s powers, and an attempt to mislead voters.

The RTI activist hit back at the election watchdog and said “Election Commission of India shockingly ignored the fact that the Union Government announced it for a specific state and said action is taken when election atmosphere is vitiated. The poll panel is committed to being a strong NDA ally.”

Former Congress President Rahul Gandhi had taken a swipe at the BJP, saying one has to refer to the state-wise election schedule to know when one will have access to the vaccine. Critics of the ‘free-vaccine’ move have also asked the NDA whether or not the Central Government would also support non-BJP states in providing the COVID-19 vaccine for free.

Not only Bihar, but the BJP has also included the promise of a free COVID-19 vaccine in its Madhya Pradesh manifesto for all 28 assembly seats where by-elections are being held.

Union Minister Nirmala Sitharaman defended the party’s stand and said, “It is a manifesto announcement. A party can announce what it wants to do when it comes to power. That is exactly what is announced. Health is a state subject. It is perfectly in order.”

The voting for the second phase of Bihar election is on November 3 and the results will be out on November 10.