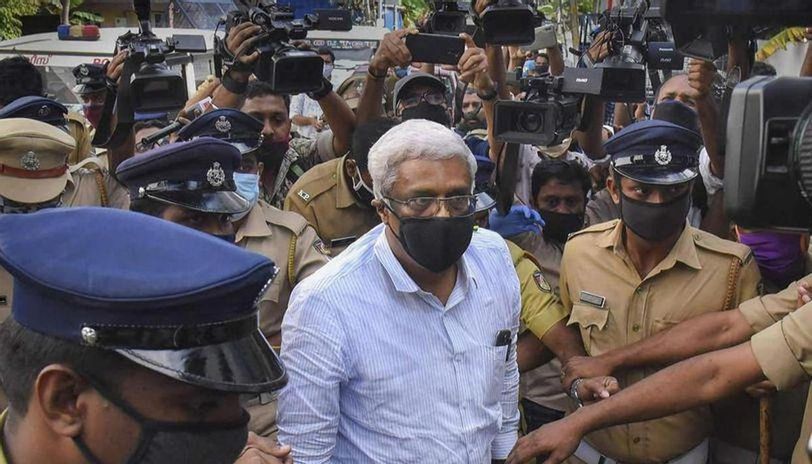 The Enforcement Directorate has arrested M Shivashankar, the former Principal Secretary of Kerala Chief Minister, in connection with the controversial gold smuggling case.

ED has placed him under arrest for his involvement in the case. Earlier, the Kerala High Court had dismissed the anticipatory bail plea of the suspended IAS officer on Wednesday.

His name came to the fore when the prime accused, Swapna Suresh, told the central agency that Shivasankar was the point of contact with UAE’s consulate. She further revealed that a private meeting was held between CM Vijayan and the UAE diplomats at the CM’s official residence in Thiruvananthapuram.

The matter snowballed into a major row after the customs department officials seized 30 kg of gold worth Rs15 crore from a diplomatic cargo at Thiruvananthapuram airport. This was also the first time in the country when the customs had seized gold from diplomatic baggage, meant for the staff in the UAE Consulate in Kerala.

As per law, the diplomatic cargo should not be subjected to routine Customs examination and should be cleared as early as possible. The cargo was listed as bathroom fittings, noodles, biscuits, and dates. However, the Customs already had smuggling tip-off about concealment of gold.

The National Investigation Agency had also suspected the link of gangster Dawood Ibrahim in the smuggling case.