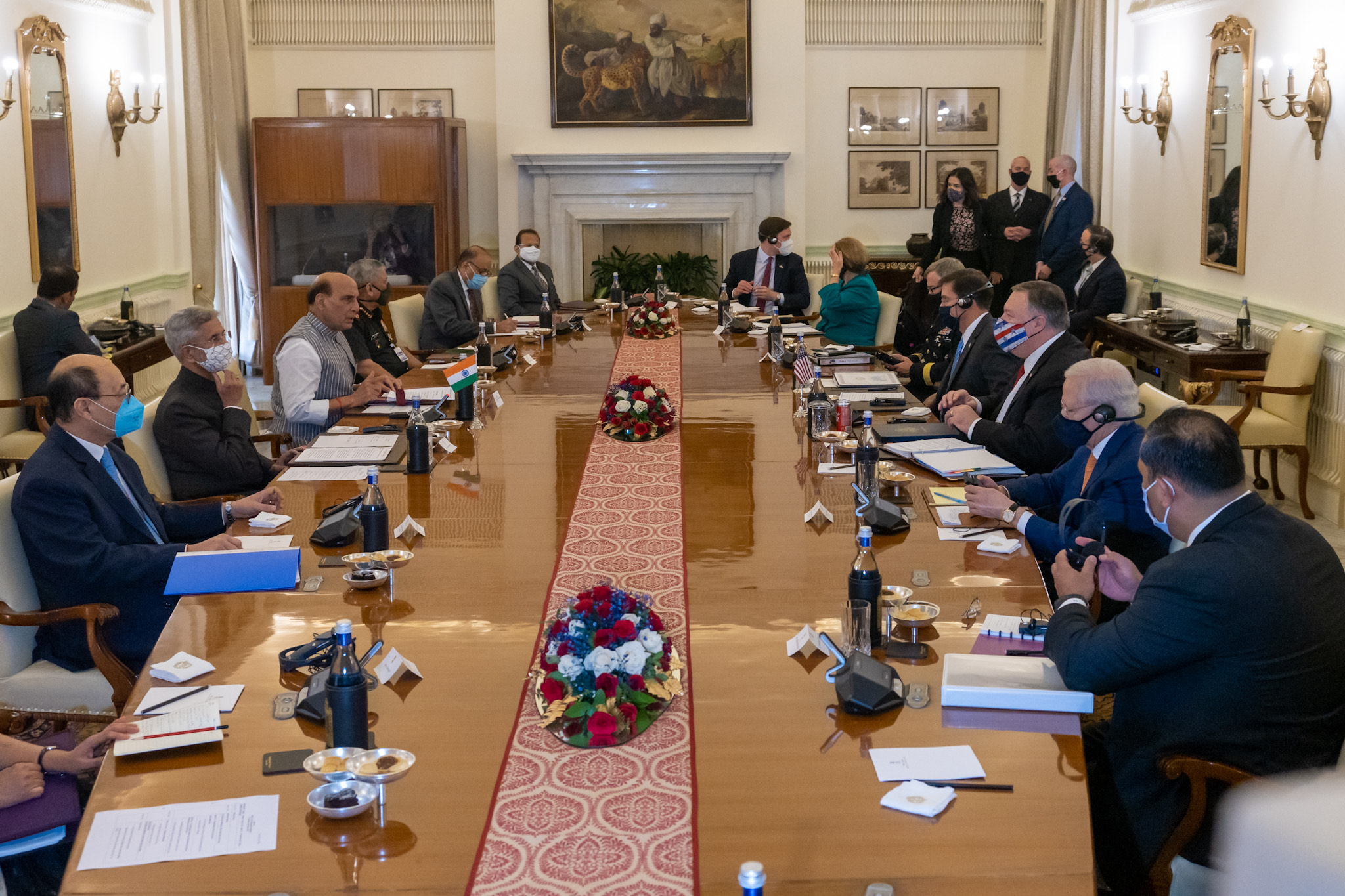 India and the US signed BECA (Basic Exchange and Cooperation Agreement) – the landmark defence pact – on Tuesday which will facilitate sharing of high-end military technology, geo-spatial maps and classified satellite data between the defence forces of both countries. 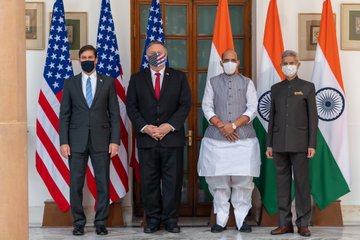 During the 2+2 talks, Pompeo said that this was a real opportunity for two great democracies to grow closer. “As I said on my trip to India last year when I called for a new age of ambition in our relation. I think we’ve delivered on that over the past year. There is much more work to do,” Pompeo added.

“Today is a great opportunity for two great democracies to grow closer. We’ve a lot to discuss today-to cooperate amid pandemic, to confront Chinese Communist party’s threats to security and freedom, to promote peace and stability in the region,” Pompeo said.

Jaishankar touched upon how India-US bilateral ties have grown steadily in the last two decades. “At a time when it is particularly important to uphold the rules-based international order…together we can make a real difference when it comes to regional and global challenges,” he said.

“We value India as a multilateral partner. We continue to support India’s permenent position at the United Nations Security Council,” Pompeo said.

“The performance of our relationship has been exceptionally good in the last three years. The unique people to people contact remains vibrant. We discussed our response to COVID-19 pandemic. Our national security convergences have grown in multi polar world. Indo-Pacific region was a particular area of our talks. Discussions also focussed on our neighbouring countries,” Jaishankar said.

Today’s U.S.-India 2+2 Ministerial was a success. The bond between our nations is built on the foundation of a longstanding friendship, partnership, and vibrant democratic traditions. Thank you @DrSJaishankar, @EsperDoD, and @rajnathsingh for yet another successful dialogue. pic.twitter.com/h9fy6c7lYz

US Secretary of State Mike Pompeo and Mark T Esper landed in New Delhi on Monday for the third edition of the crucial 2+2 Ministerial Dialogue which is taking place just a week ahead of US Presidential Polls and in the midst of India’s border standoff with China.

Meanwhile, US Secretary of State Michael Pompeo and US Secretary of Defence Mark Esper paid tribute at National War Memorial on Tuesday morning in Delhi. Addressing the media, Pompeo also talked of the supreme scarifice of Indian soldiers at Galwan Valley in June and said the US stands with India.

A solemn moment laying a wreath at the National War Memorial in New Delhi with U.S. Secretary of Defense @EsperDoD. We will never forget the brave men and women who have given their lives in defense of the world’s largest democracy. pic.twitter.com/xvwUdgSvlF

Ahead of the dialogue, both Singh and External Affairs Minister S Jaishankar held separate talks with their US counterparts. Esper tweeted and said the partnership of “our two great nations is vital to peace and stability in the Indo-Pacific,” Rajnath Singh said the talks would add “new vigour” to India-US defence relations and cooperation.

External Affairs Minister Dr S Jaishankar and US Secretary of State Mike Pompeo discussed “shared concerns and interests” including stability and security in Asia as well as the situation in the Indo-Pacific region which was deliberated in detail during the recently held Quad Foreign Ministers Meet in Tokyo as well.

US has welcomed India’s emergence as a leading regional and global power and had said last week that it was keeping a close eye on the ongoing India-China standoff in Ladakh closely and sharing information with New Delhi. Trump administration also said it wanted to ensure that the situation did not escalate.

Besides BECA, agreements that were signed today between India and the US include MoU for technical cooperation on earth sciences, Arrangement extending the arrangement on nuclear cooperation, Agreement on postal services and Agreement on cooperation in Ayurveda and Cancer research

The first 2+2 Dialogue was held in Delhi in September 2018 and the second edition in Washington DC in 2019.