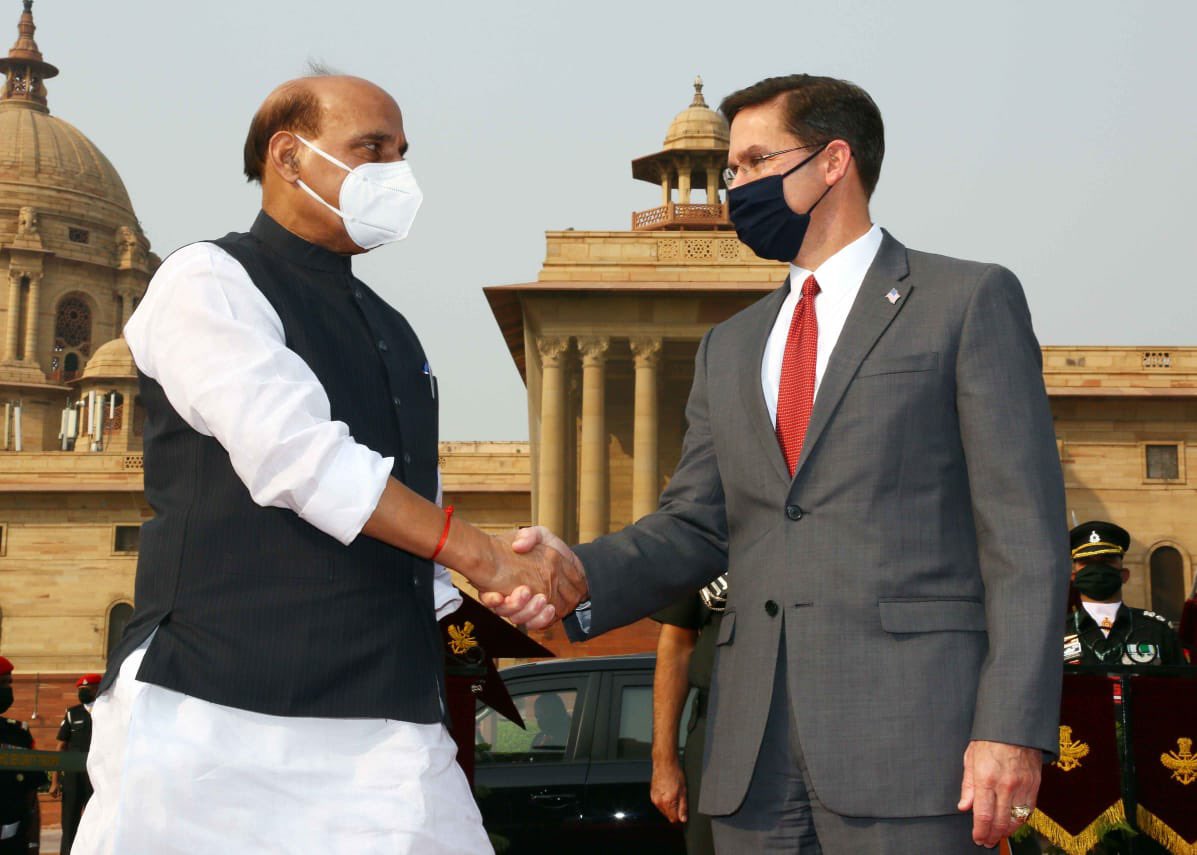 India and the United States will hold the 2+2 ministerial meeting on Tuesday and sign Basic Exchange and Cooperation Agreement for Geo-Spatial Cooperation (BECA) with the American side welcoming the inclusion of Australia into the Malabar war games to be held next month near Indian waters.

The announcement was made after the meeting between Indian Defence Minister Rajnath Singh with his American counterpart Mark Esper, who is in India along with American Secretary of State Michael Pompeo for the dialogue.

In the meeting chaired by the Defence Ministers, the two sides discussed the potential new areas of cooperation at both service to service and joint level and called for continuing dialogue mechanisms especially at the Military Cooperation Group, the Defence Ministry said in a statement.

“The two ministers expressed satisfaction that the agreement of BECA will be signed during the visit. The American Defence Secretary welcomed Australia’s participation in the Malabar 2020 exercise,” the ministry said.

Meanwhile, sources said the issue of the aggression by the Chinese People’s Liberation Army along the Indian borders in the month of April-May came up during the deliberations between the two sides as well as the cooperation between them during this period.

India and China have been engaged in a military standoff since April-May after the People’s Liberation Army had transgressed into multiple areas into the Indian territory. India later more than matched the Chinese aggression and captured strategic heights along the Line of Actual Control along both the northern and southern banks of the Pangong lake in Eastern Ladakh.

The two sides are still negotiating disengagement and de-escalation from all friction points identified by the two countries.

The BECA agreement will be signed during the 2+2 meeting at Hyderabad House which would enhance the geospatial cooperation between them and it is likely to help in improving the accuracy of missile systems of India.

The importance attached to the visit by the Indian side was visible from the presence of top military and defence ministry officials including Chief of Defence Staff General Bipin Rawat, the three services chiefs and DRDO chief Dr G Satheesh Reddy. The American side was represented by all four of its defence forces along with its ambassador to India Kenneth Juster.