Home NM FACT CHECKER Fact Check: Was this woman arrested in Singapore for not wearing a...
ShareTweetGoogleWhatsappPrint
Mail

A video of a woman being arrested is being shared on social media with a claim that she was arrested in Singapore for not wearing a mask in public.

“In Singapore, if no mask, straight Arrest….No sympathy, ” the caption read. 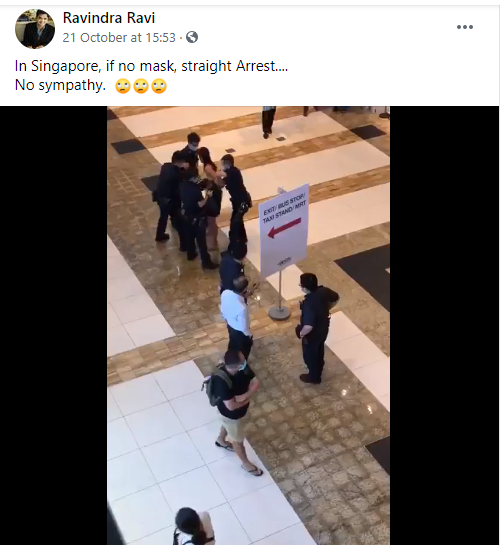 We extracted keyframes from the video and put them through Reverse Image Search. The search led us to a few articles from October 2020.

As per the article, the girl was arrested for allegedly pouring soup over a man’s head and bitting his hand. The article can be seen here and here.

As per an article by Stomp (Straits Times Online Mobile Print), the police received a call for assistance at Novena Square. 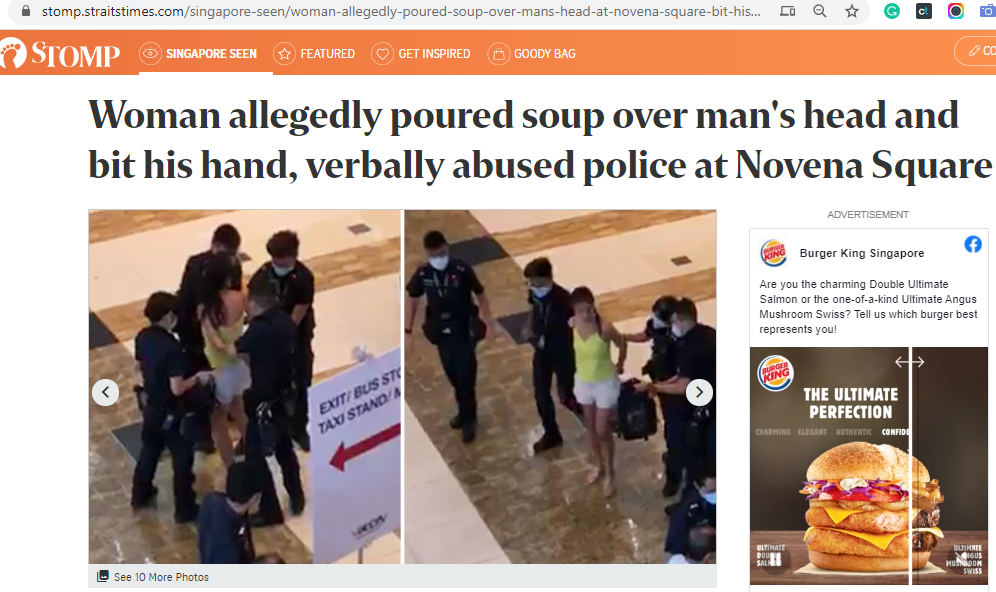 “A 35-year old woman had shouted randomly at an unrelated male patron in a restaurant and allegedly poured a bowl of soup over his head. In an attempt to confront her, a scuffle ensued which led to the woman spitting at the man and biting his right hand, ” police told Stomp.

“As she was assessed to be posing a danger to herself and the public, she was subsequently apprehended under Section 7 of the Mental Health (Care and Treatment) Act,” police added.

Hence, from the above information, it is clear that the video is being circulated with a misleading claim on social media.