Chasing a mammoth target of 196, Robin Uthappa and Ben Stokes opened the innings for Rajasthan. Uthappa played a knock of 13 runs before he was removed by James Pattinson in the second over. 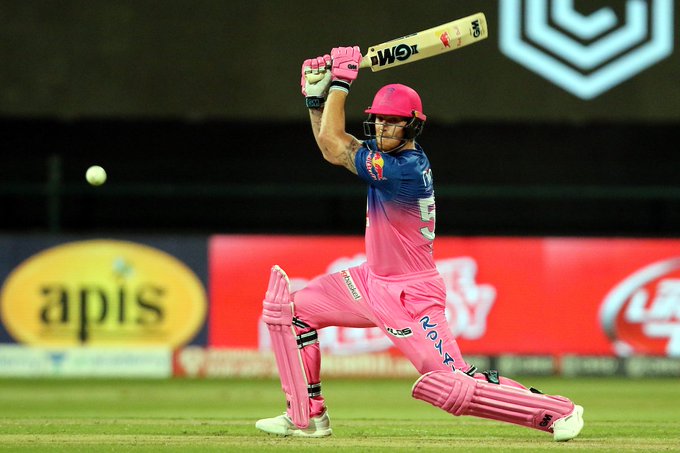 Skipper Steve Smith joined Stokes in the middle and added 31-run for the second wicket. Pattinson struck again and this time it was Smith (11) in the fifth over.

Sanju Samson joined Stokes in the middle and stitched a match-winning stand of 152-run. The duo smashed Mumbai bowlers all around the ground and chased the target with 10 balls to spare.

Stokes played a quickfire knock of 107 off 60 balls including three sixes and 14 fours while Samson accumulated 54 from 31 balls.

For Mumbai, Pattinson scalped both the wickets.

Earlier, Saurabh Tiwary and Hardik Pandya smashed 74 runs off the final four overs as Mumbai Indians posted a total of 195/5 in the allotted twenty overs.

Opting to bat first, Mumbai Indians did not get off to a good start as opener Quinton de Kock (6) was clean bowled by Jofra Archer in the very first over of the innings.

Ishan Kishan and Suryakumar Yadav then got together at the crease and the duo bought the innings back on track for Mumbai Indians. Both batsmen put on 83 runs for the second wicket, however, Rajasthan finally broke the partnership as Kartik Tyagi dismissed Kishan (37) in the 11th over, reducing Mumbai to 90/2.

Jofra Archer produced one of the best catches of the tournament so far to dismiss Kishan. Archer in the deep had initially misjudged the catch but he recovered well to leap and grab the catch at third man.

Rajasthan Royals then staged a comeback as the side dismissed Suryakumar Yadav (40) and Kieron Pollard (6) in quick succession, reducing Mumbai Indians to 101/4 in the 13th over. 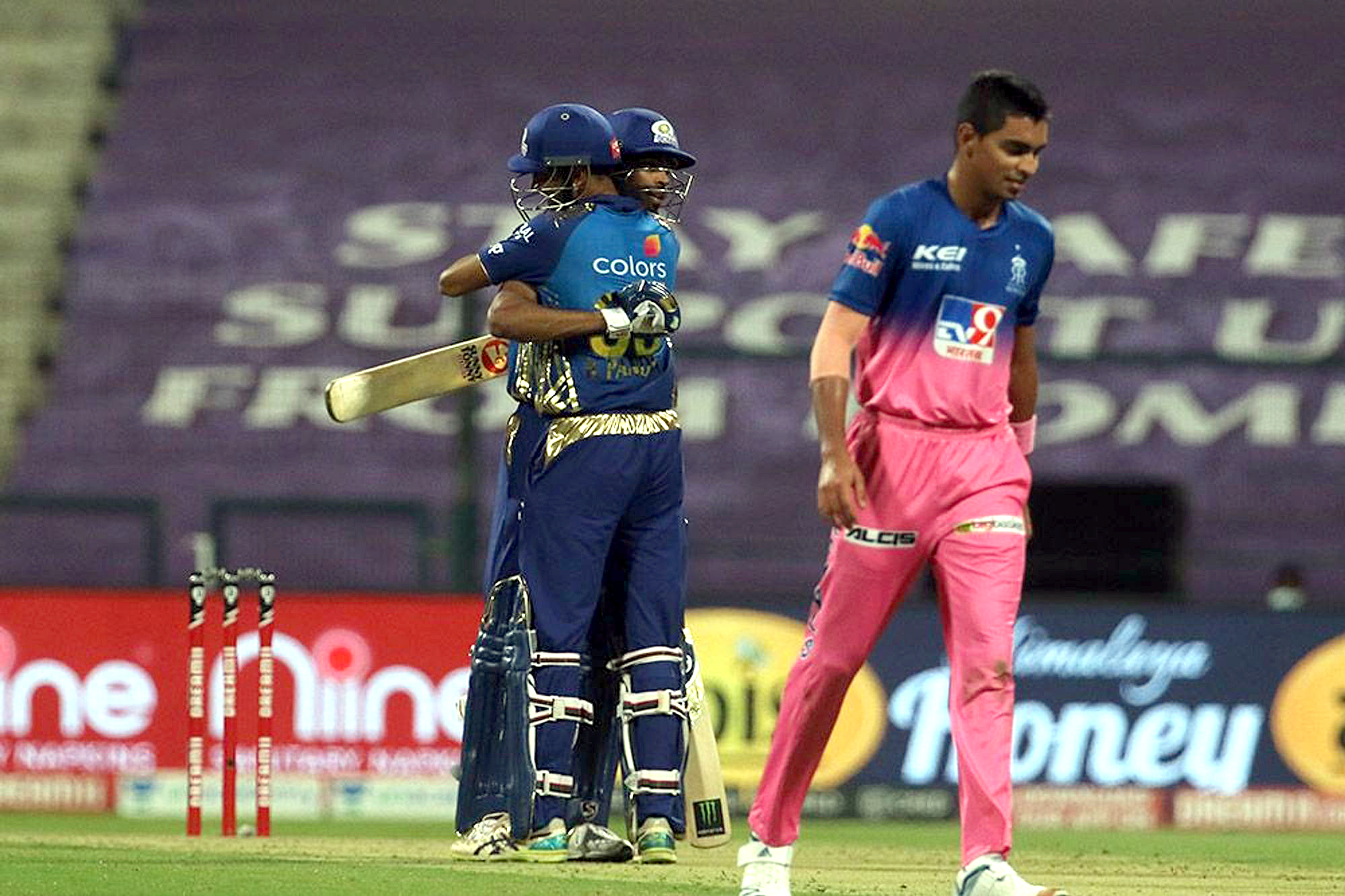 In the final four overs, Mumbai Indians smashed 74 runs. Tiwary (34) was dismissed in the penultimate over by Archer, but Hardik marched on to take Mumbai’s total past the 190-run mark. Hardik Pandya brought up his half-century off just 20 balls. Hardik Pandya, in the end, remained unbeaten on 60 runs off just 21 balls.