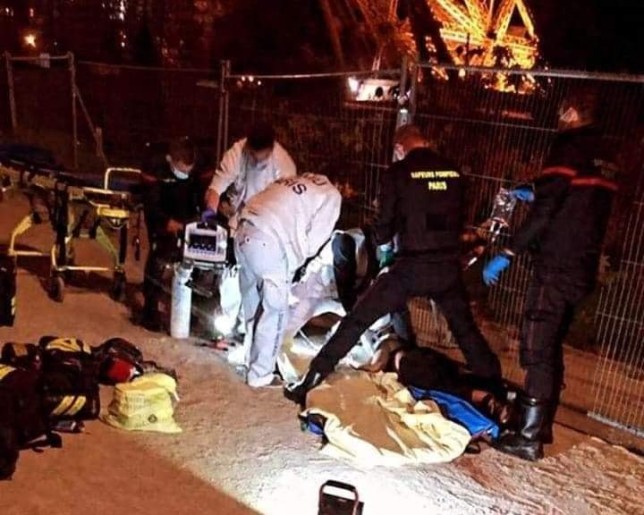 In what is being seen as a racist attack, two Muslim women were stabbed repeatedly under the iconic Eiffel Tower in Paris. The incident led to the arrest of two women who allegedly shouted ‘dirty Arabs’ as they attacked the victims. They are being held on attempt to murder charges.

The attack follows the gruesome beheading of a tecaher in the surburs of Paris last week by an armed man who reportedly got infuriated at the teacher for having shown cartoons of the Prophet to his students in class. French President Emmnuel Macron had dubbed the killing as an act of ‘Ismatist terror’.

Ever since the beheading, members of France’s five million plus Muslim community have complained of increased Islamophobia following government’s clampdown on mosques and Muslim organisations.

The victims of the attack which happened on Sunday have been identified as 49-year-old Kenza and Amel, who is a few years younger. Kenza was reportedly stabbed six times and was wheeled in to the hospital with a punctured lung. Doctors performed hand surgery on Amel.

While chilling videos of the gruesome crime went viral on Sunday evening where screams of the women could be heard, Paris Police issued a statement on Tuesday. “On October 18, at around 8 pm, the police intervened following an emergency call from two women wounded by knives on the Champs-de-Mars’ – the Field of Mars by the Eiffel Tower,” the police statement read.

The victims had gone out for a walk with children near the Eiffel Tower when the dogs accompanying the accused came running. When the children got scared, the victims asked the accused if they could control the dogs which led to the attack.

ALSO READ: INS Kavaratti commissioned into Indian Navy: All you need to know about the warship