A picture of a huge crowd has gone viral on social media claiming that India’s national flag was waved at a political rally in Pakistan.

With the help of keyword search, we found the same picture in a report by Geo News claiming that it is a view of the massive Pakistan Democratic Movement (PDM) rally in Karachi, held on October 18, 2020. The anti-government rally was organised by the opposition parties as part of a campaign to oust Prime Minister Imran Khan.

When we analysed the original picture carefully, we could not find the flag of India. On comparing the FAKE vs REAL collage, we can clearly see that the picture is morphed. 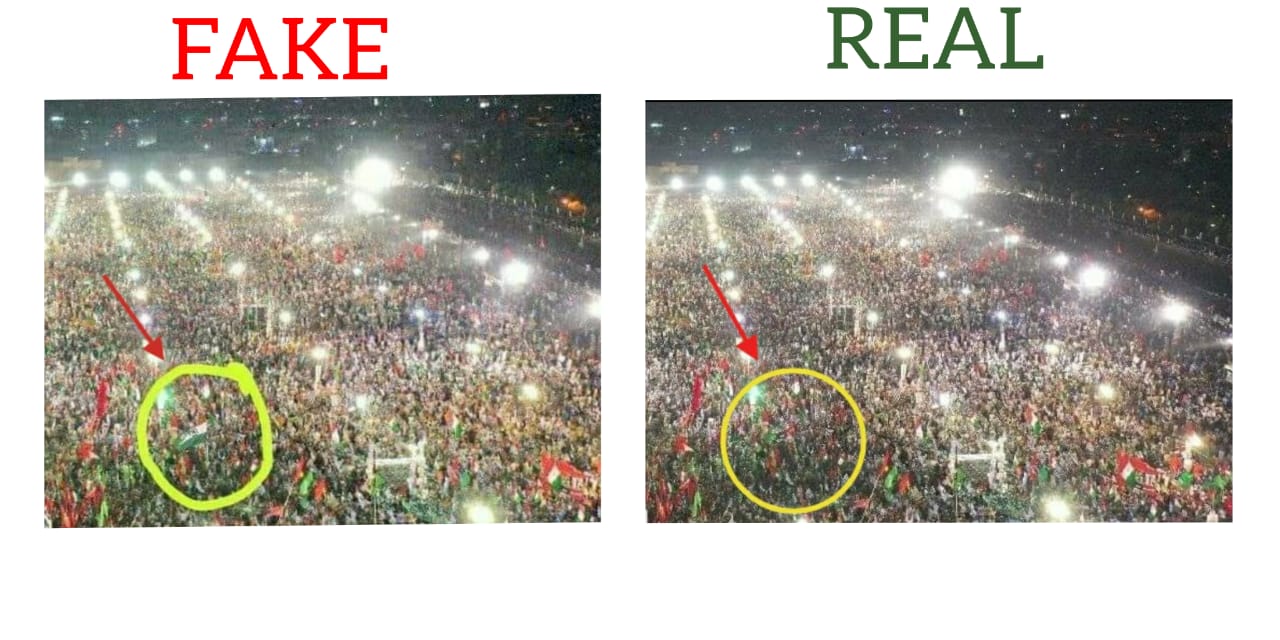 Further, we also found the picture of the crowd in another news article by Newsweek dated October 19, 2020, but could not find the Indian flag in it.

For further confirmation, we also saw the full video of PDM Karachi Jalsa report on YouTube by 24 News HD, but couldn’t find the national flag of India.

We analysed the whole video carefully and found a different tricolour flag of Pakhtunkhwa Milli Awami Party at the Pakistan rally which loosely appears to have similarity in terms of colours with respect to the Indian national flag. 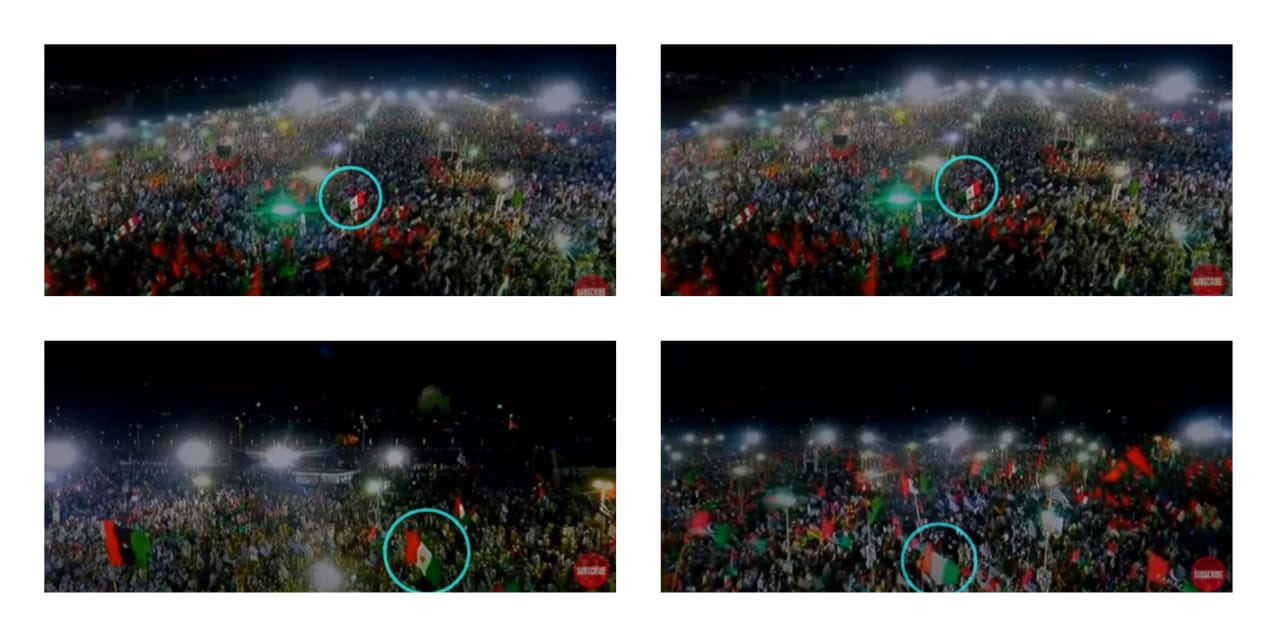 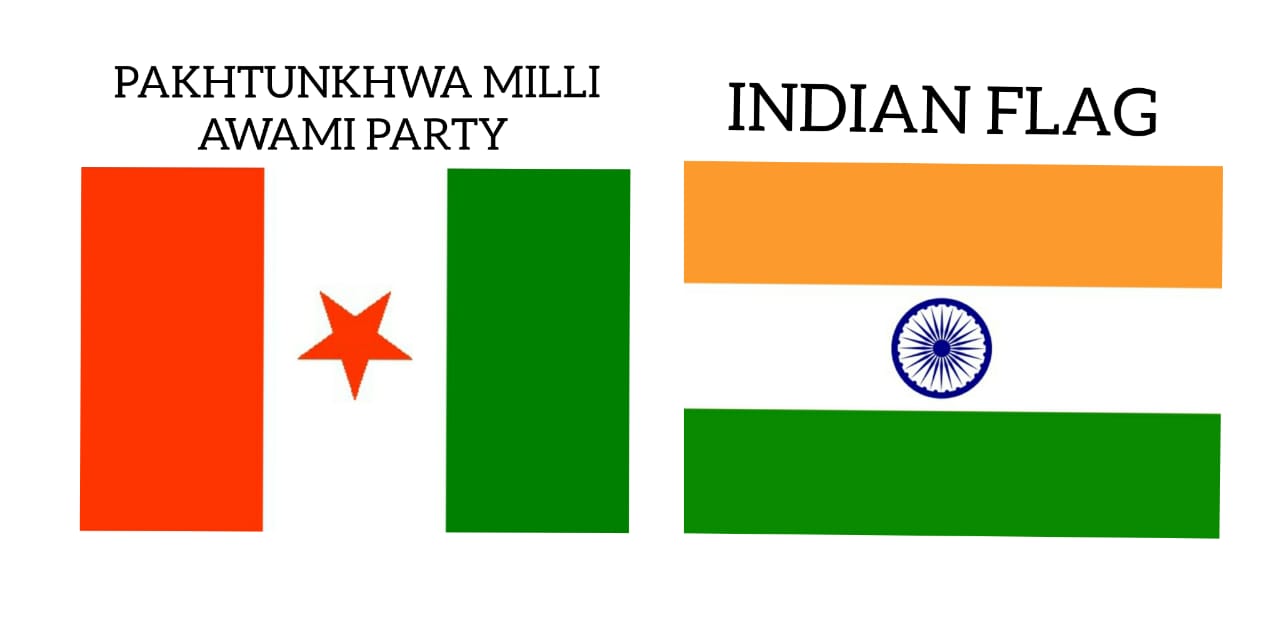 In conclusion, we can say that social media picture of the crowd in Pakistan rally is morphed. Don’t fall for false claims that Indian Flag was waved in the rally at Karachi in Pakistan. 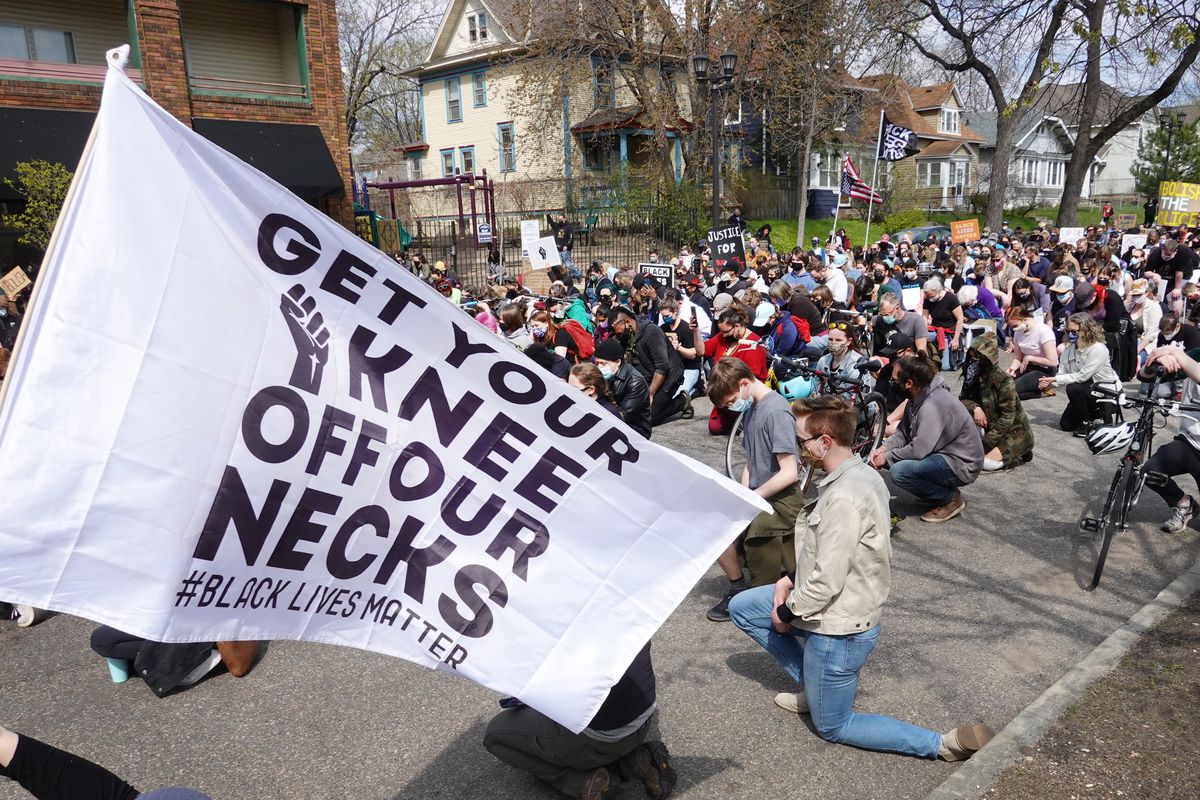