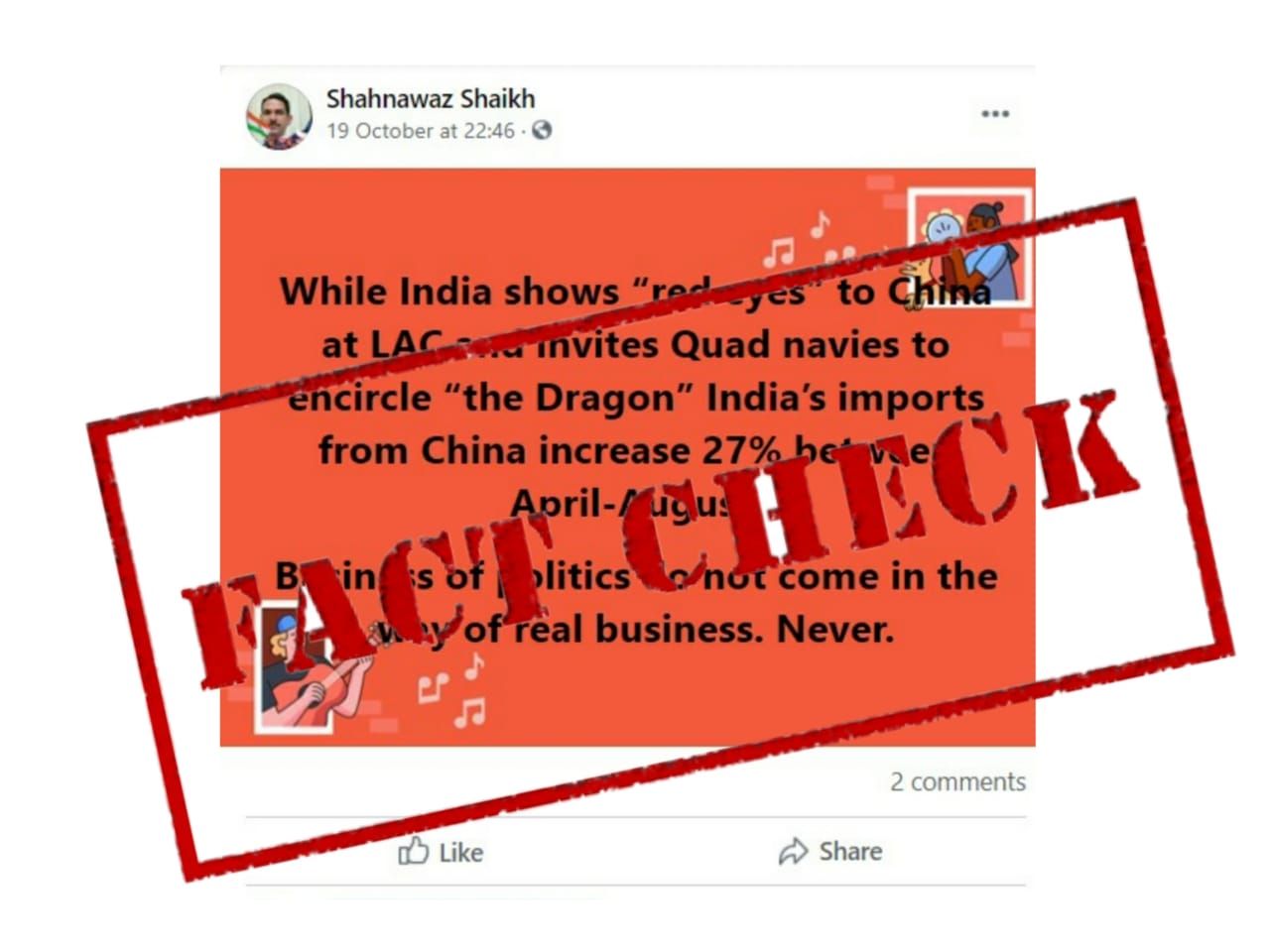 A post is being shared on social media claiming that India’s imports from China has increased by 27% between April-August.

The Facebook post read, “While India shows “red eyes” to China at LAC and invites Quad navies to encircle “the Dragon” India’s imports from China increase 27% between April-August. Business of politics do not come in the way of real business. Never.” 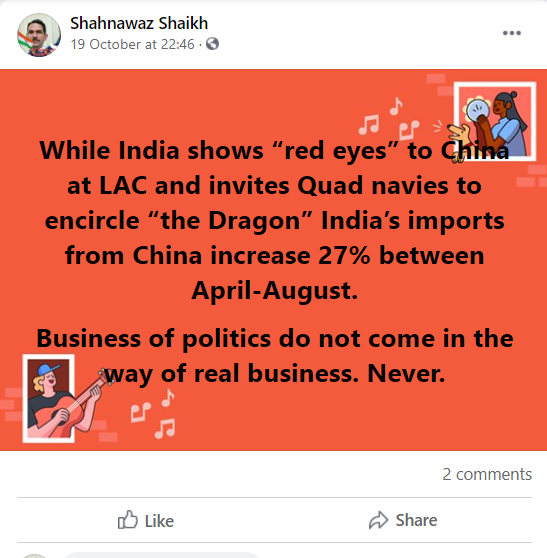 The archive version to the above post can be seen here.

We also found a similar Twitter post by Pankaj Pachauri, Editor-in-Chief and Founder of GoNews, claiming that India’s imports from China increased 27% between April-August. 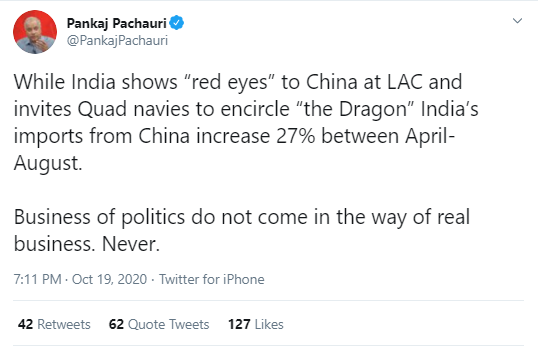 With the help of keyword search, we found an article by Business Today stating that as per the latest data provided by the Ministry of Commerce, imports from China have declined by 27.63% during April-August 2020. 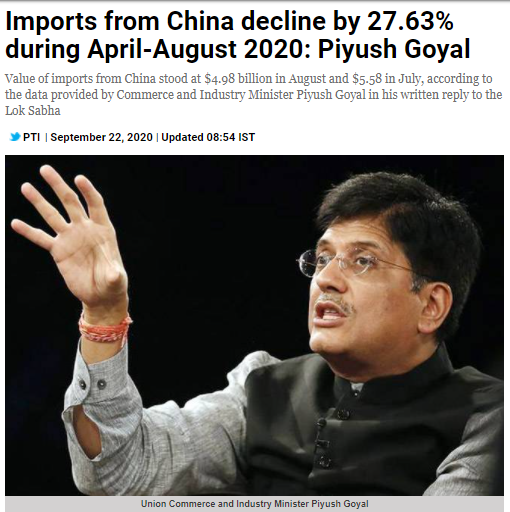 Further, another news article by The Times of India dated September 21, 2020, stated that India’s imports from China decreased by 27.63% during April-August. 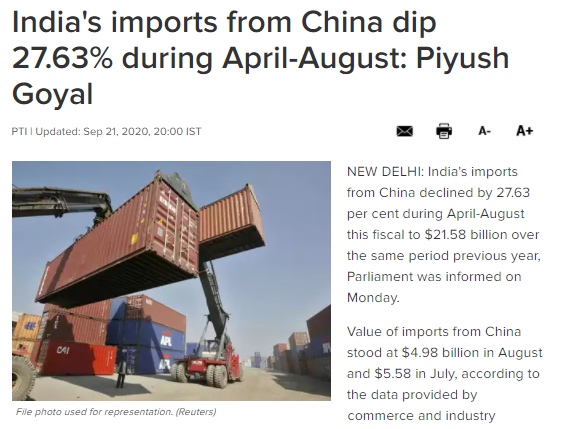 NewsMobile also did a report on how India’s exports to the US & China have shown a significant increase while the imports have fallen significantly.

We also confirmed the veracity of these numbers from officials in the Ministry of Commerce.

Moreover, we found a tweet by PIB Fact Check dated October 20, 2020, claiming that the social media posts are FAKE. Truth is that India’s imports from China have decreased by 27.63% whereas India’s exports to China are increased by 27% during April-August.

In conclusion, we can say that the social media posts in question are fake and misleading.