A video of a snake trapped in a fisherman’s net has gone viral on social media claiming that the venomous snake was found in Moosa River in Hyderabad.

The archive version of the above post can be seen here.

We got our first clue when we saw a comment on the post, calling out the fake video. 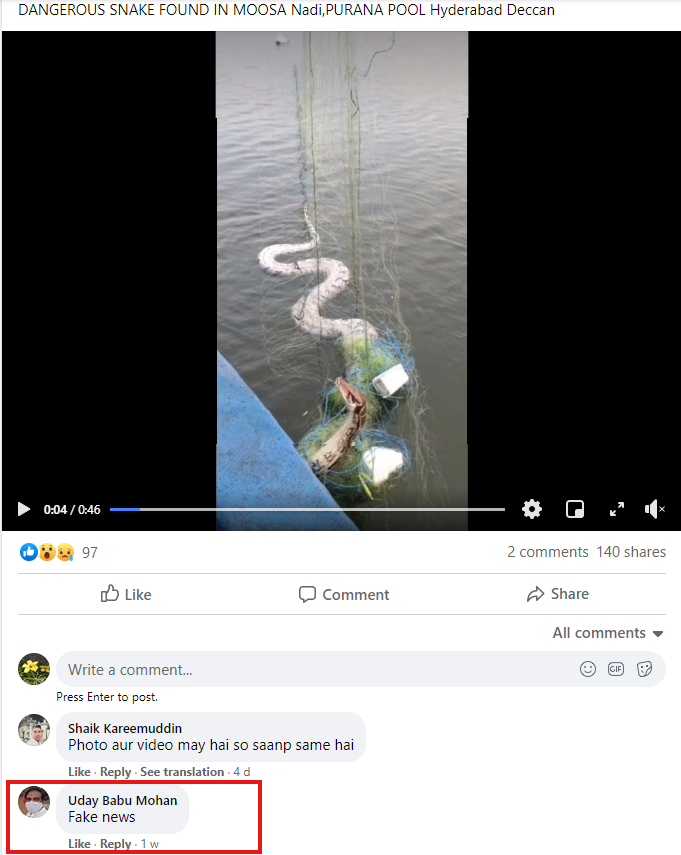 Then with the help of keyword search, we found a local news report of moving snake in a drain on YouTube dated October 14, 2020. The YouTube description read, “Snakes seen in Open Nalas after Heavy Rain in Hyderabad”.

Another similar video of snake found in Hyderabad was seen here. But we could not find the video of the snake that was trapped in the fisherman’s net.

For further confirmation, we compared the viral video screenshot and Google Maps Image and found that the video in news reports is from Hyderabad itself.

Further, we then analysed the picture of the snake carefully and found that the snakes are different in the starting and at the end of the video. We analysed the video at different time durations.

Then with the help of InVID tool, we got the keyframes of the video. On running the keyframe of the video through Google Reverse Image Search, we found the picture of the snake in a news article by The New Indian Express, dated October 9, 2020, claiming that a 15-foot-long python was caught in a fishing net in Krishna river at Devarapalli village in Andhra Pradesh. 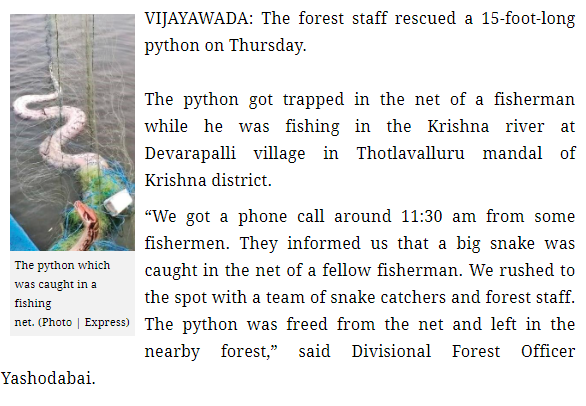 According to another news reported by Socialnews.xyz, this snake was from Andhra Pradesh.

On comparing the picture of snake found in Andhra Pradesh and another snake found in Hyderabad which is the cap[ital of Telangana, we can clearly spot the difference. 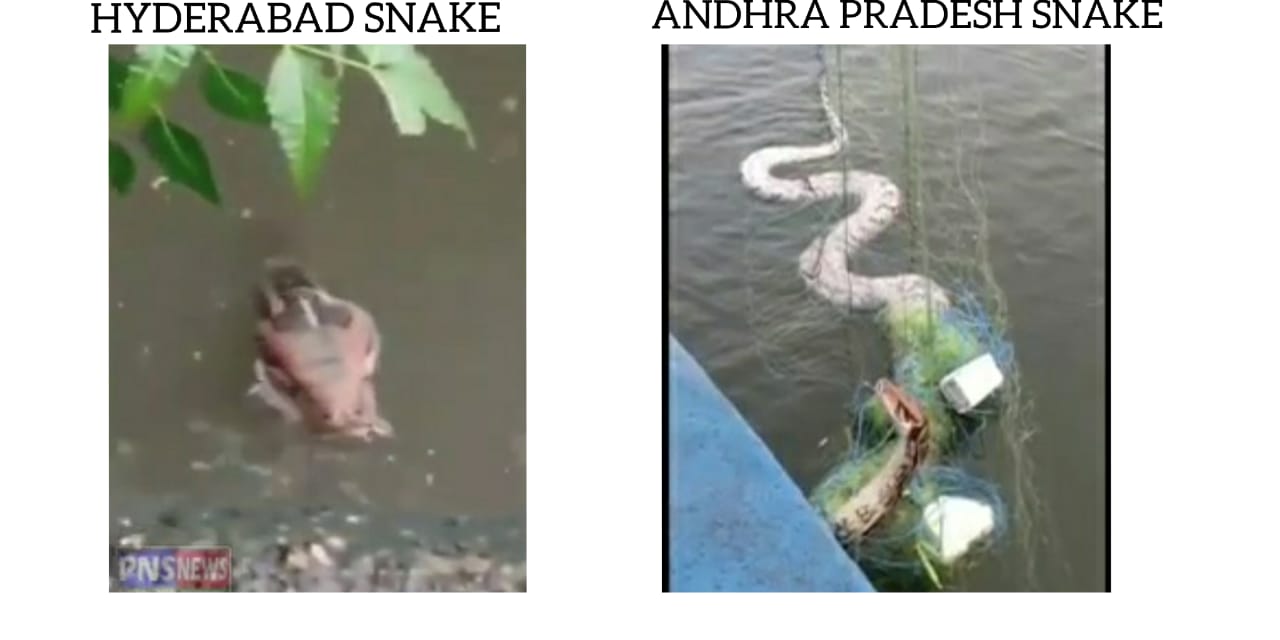 In conclusion, we can say that two different videos were edited and were circulated and attributed to Hyderabad and hence the post in question is misleading.