Fact Check: Was AAP leader Chetan Singh recently shot at while saving a girl from being raped? Here’s the truth | Newsmobile
Thursday, August 11, 2022

A picture of an injured man wearing a red turban is doing the rounds all over social media claiming that he saved a girl from gang rape.

( Translation: Salute He Saved a girl from Gang Rape. In return, he got bullets, Please pray for him. This Singh Soorme saved the girl from the scoundrels and then later the goons shot him. Brother is admitted to a hospital. Please pray for him. Plz maximum share & like this page for all Sikh news & Sikh activities) 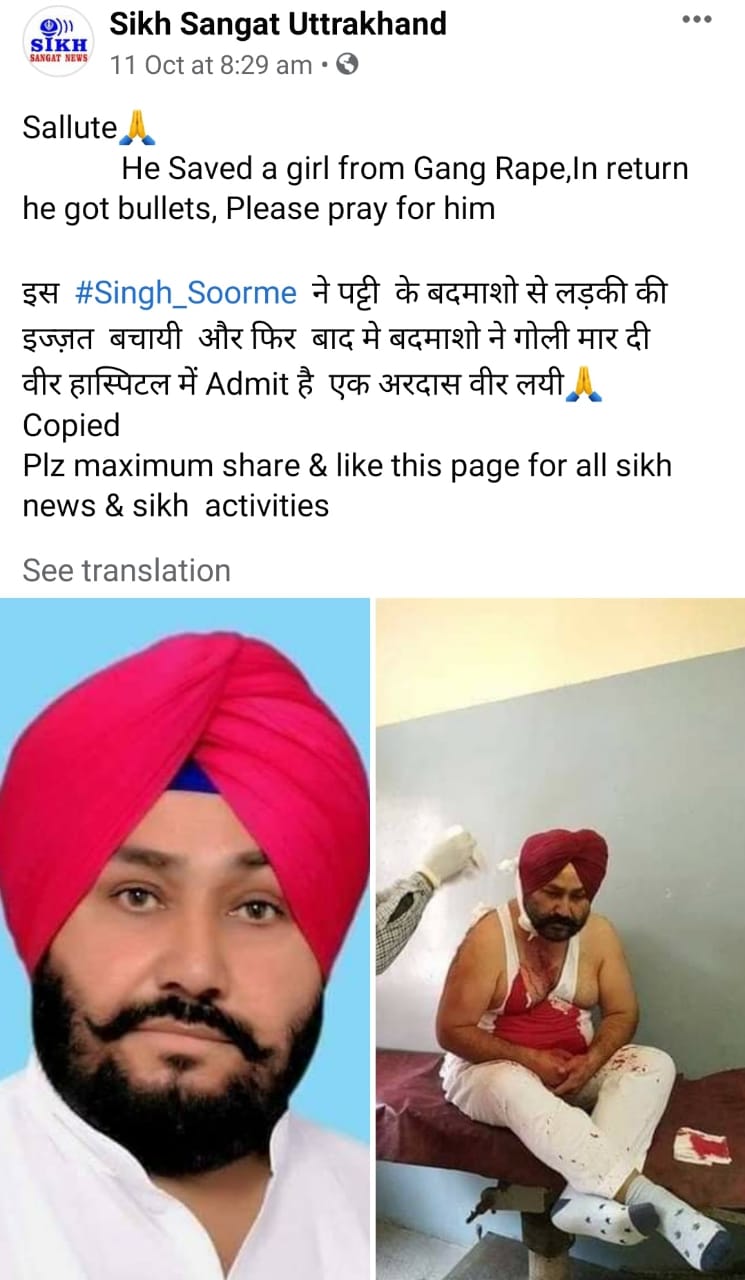 On putting the picture through Google Reverse Image Search, we found the same picture on Facebook which was posted on March 15, 2019. This gave us our first clue that the picture is old. 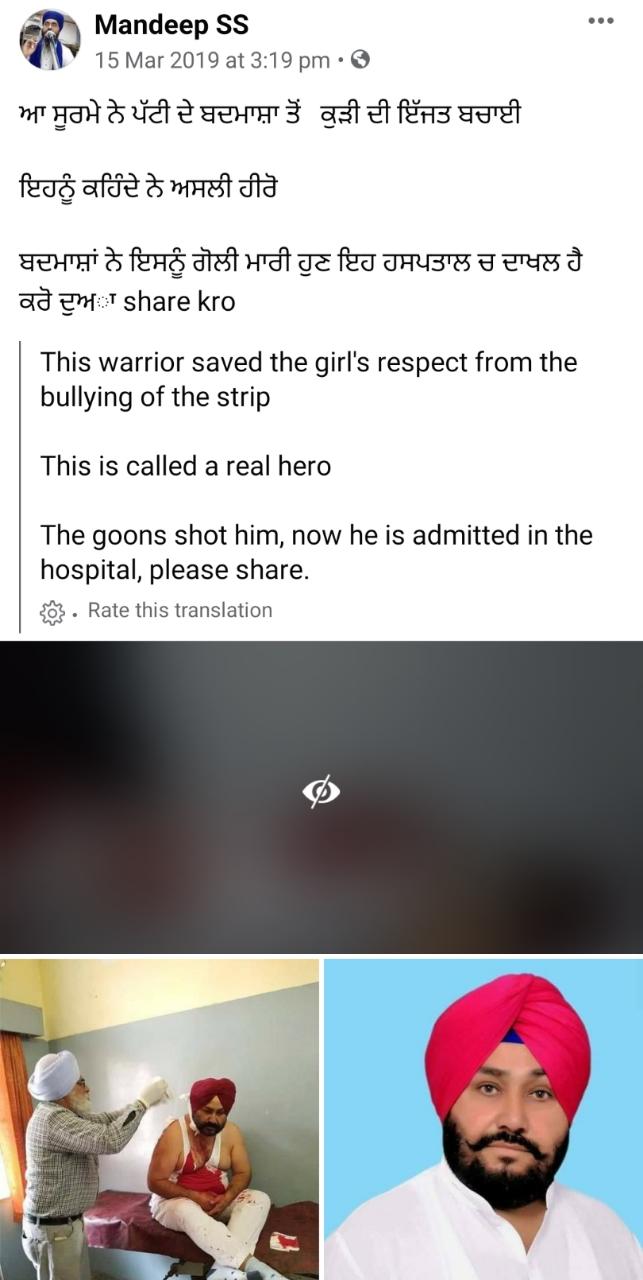 Further, we also found a Twitter post claiming that the man in the red turban saved a girl from getting gang-raped and killed two of the four attackers in Uttar Pradesh.

Replying to the above post, Shahjahanpur Police clarified that no such incident took place in Uttar Pradesh.

Then, with the help of keyword search, we found the same picture of the man in a news article on PTC News dated March 14, 2019, stating that AAP’s Patiala Rural President, Chetan Singh Jodemajra, was shot at by miscreants when he tried to stop them from abducting a girl in Tarn Taran District. 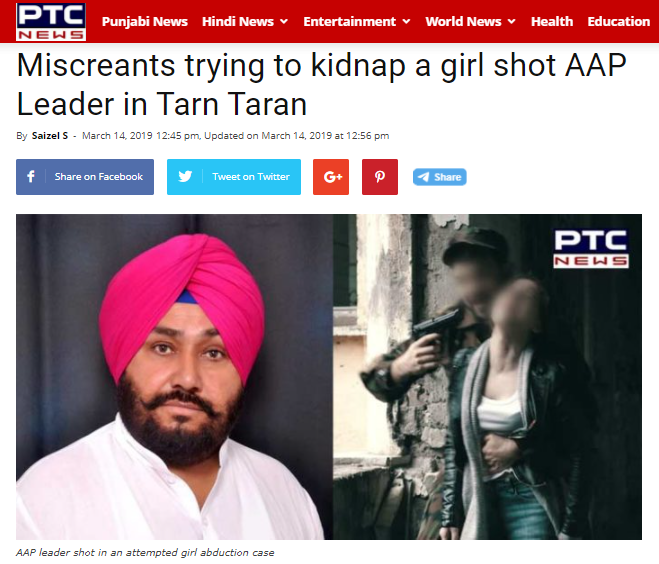 Further, we also found the picture of the injured man in another news article by The Tribune dated March 15, 2019, claiming that the AAP leader was shot at by unidentified assailants in Tarn Taran district when he was trying to save the girl from kidnapping.

Other media organizations like The Brahmastra, TOI, Business Standards, Outlook and Nyoooz also reported the same incident in March 2019.

Moreover, we also found a tweet by Arvind Kejriwal dated March 14, 2019, claiming that AAP president Chetan Singh was injured while trying to save a girl from some men who were trying to abduct her.

AAP Patiala distt president Chetan Singh fired upon & injured while trying to save a girl from some men who were trying to abduct her. Proud of u Chetan. I wish for ur fast recovery

Law & order situation deteriorating by the day in Punjab. Capt. govt has been a complete failure! https://t.co/5159DMyLpX

Hence, we can conclude that the incident is not a recent one and the posts are being shared with misleading claims.