Several media organizations including Zee News, DNA, Times Now and First Post have published a news report that National Testing Agency (NTA) has made a major blunder in NEET Exam Result 2020. They stated that the all India topper was first declared as having failed and then on revaluation, he emerged as a topper. 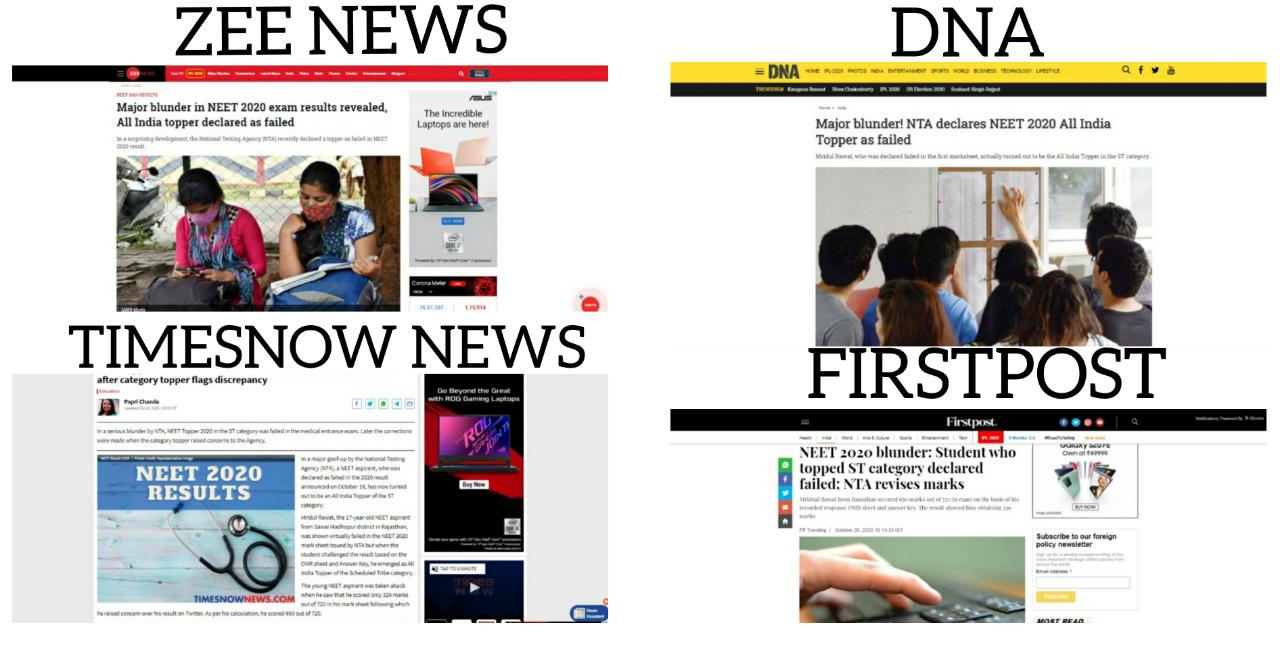 The news about the major blunder in NEET Exam result 2020 was found on Facebook as well.

We found a press release from National Testing Agency (NTA), claiming that the viral news about some error in NEET 2020 Exam results is totally fake, fabricated and one-sided only. NTA also claims that news channels should have confirmed from NTA before broadcasting this fake news.

“In this context, it is clarified that all genuine grievances will be entertained by the NTA. However, manipulated and fabricated cases will be viewed seriously and NTA will be forced to take legal action as per laws of the land against such candidates including cancellation of their candidature or other unscrupulous agents representing such candidates,” NTA statement dated October 20, 2020, said. 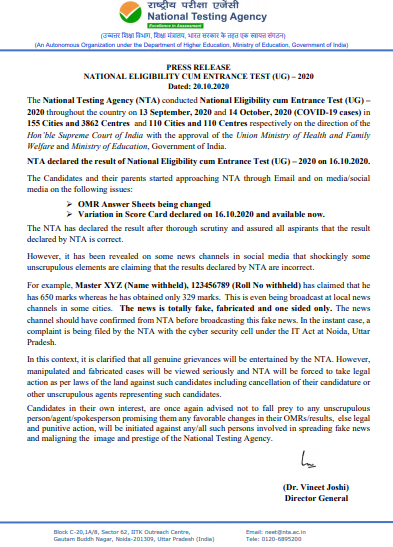 For further confirmation, we also contacted NTA officials who confirmed that the news is FAKE.

Speaking to NewsMobile, an NTA official said, “This is fake news. NTA has not rectified any result as there was no error. All the news circulating about error in results is fake.”

Hence, viral news about the major blunder in NEET Exam result in 2020 is FAKE.