Home Uncategorized Fact Check: Picture of flyover from Hyderabad being circulated as being from...

A picture of a flyover is doing rounds on social media claiming that the picture is from Muzaffarpur in Bihar.

We cropped the picture and ran it through Google Reverse Image Search. We found the same picture in an article on N2UPRO.COM dated August 10, 2020, claiming that the picture is of the RHS flyover at Bairamalguda junction in Hyderabad. 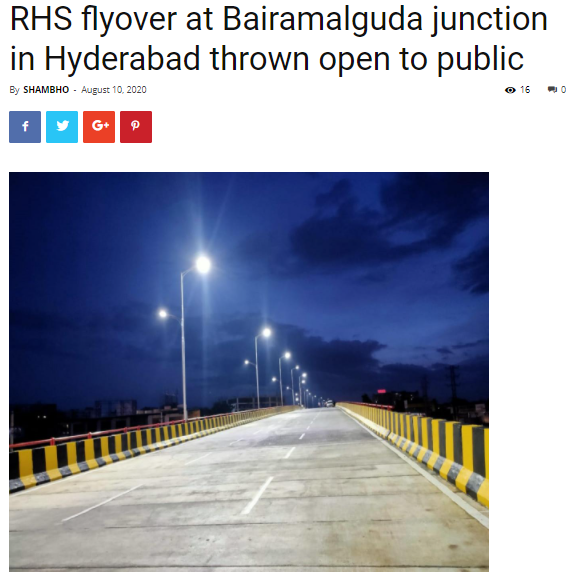 Other media organizations like The News Minute, ap7am.com and APTS also reported that the picture of the flyover is from Hyderabad.

On digging further, we also found a similar picture of the flyover from different angles in a tweet by Official account of Minister for IT, Industries, MA and UD, Telangana dated August 9, 2020, claiming that the 780m long flyover at Bairamalguda has been completed.

Hence, with the help of the above information, it is clear that the picture of the flyover is from Hyderabad and not from Muzaffarpur in Bihar as claimed in the viral post.