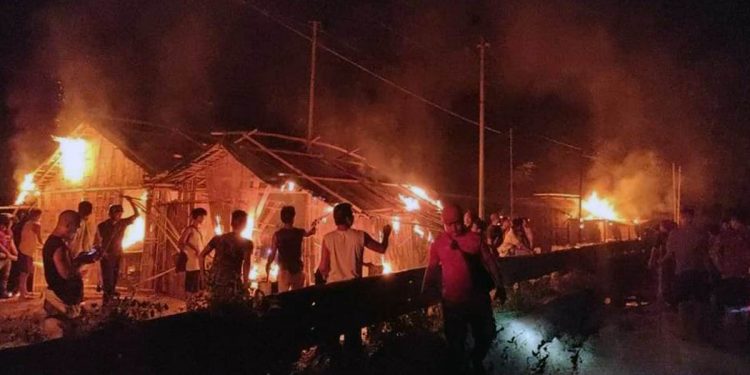 Several houses were torched near Lailapur along the inter-state border border. An emergency review meeting has been called by the Centre to take stock of the ground situation and representatives of both states will be present. The meeting will be chaired by Union Home Secretary Ajay Kumar Bhalla.

Assam Chief Minister Sarbananda Sonowal briefed PM Narendra Modi’s office and Home Ministry about the clashes and also spoke with his Mizoram counterpart Zoramthanga and harped on the need to put in joint efforts to address pending border issues and settle disputes amicably. Zoramthanga also assured Sonowal of concerted efforts to maintain peace at the inter-state border and cooperation to diffuse the tension.

Meanwhile, Zoramthanga government had also reached out to Centre seeking help to tide over the crisis. The Mizoram government said it held a cabinet meeting to discuss the spate of violence and blamed it on “unilateral and provocative acts” and “transgressions committed by the Government of Assam”.

Not willing to take any chances, both states have deployed a large number of security personnel in the violence-hit areas near Vairengte village in Mizoram and Assam’s Lailapur. Hundreds of vehicles including trucks carrying essential commodities to Mizoram are stuck at the border in Vairengte.

The violence erupted on Saturday after people living on both sides of the border clashed over a COVID-19 testing centre set up by Mizoram within territory claimed by Assam to sample Mizoram-bound truckers and other people without Assam’s permission.

Vairengte incidentally falls under Mizoram’s Kolasib district and is the northern fringe of the state through which National Highway 306 (formerly 54) passes linking Assam.

As per reports, some youngsters came down to Lailapur in Assam from the Mizoram side of the border and attacked truck drivers and villagers and burnt more than 15 small shops and houses which led to heavy retaliation from the locals. Tension erupted in neighbouring Karimganj district too where both states have increased police presence after border disputes clashes in Ratabari and Patharkandi areas.

“In both Cachar and Karimganj, Mizoram police came inside Assam territory. In Lailapur, they tried to build a check gate 1.5 km inside Assam. We have objected to it. In Karimganj, they are 2.5 km inside our territory. Our forces are deployed there as well,” Southern Assam Range Deputy Inspector General of Police Dilip Kumar Dey told the media.

Meanwhile Kolasib district deputy commissioner H Lalthlangliana told NorthEast Now that a large number of residents of Vairengte assembled on Saturday when some locals from Assam reportedly armed with sticks and dao and pelted stones at civilians near auto-rickshaw stand on the outskirts of the border village.

Geographically, Mizoram shares a 164.6-km border with Assam. Multiple dialogues have been held since 1995 to resolve the border dispute but there has been little headway.