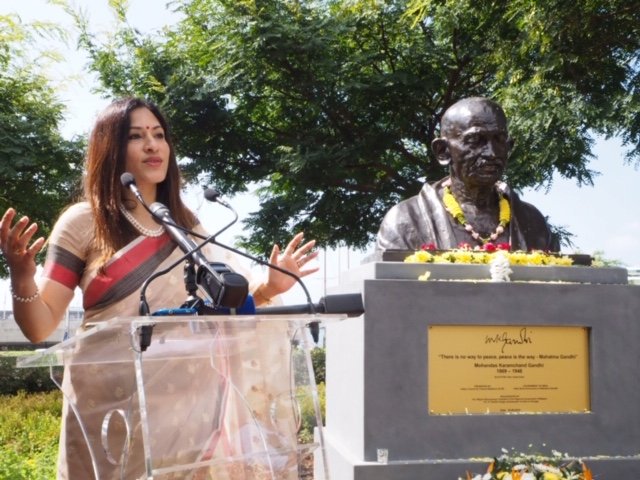 K. Nandini Singla, presently Ambassador of India to Portugal, has been appointed as the next High Commissioner of India to the Republic of Mauritius. She is expected to take up the assignment shortly.

A 1997 batch IFS officer, she has a Masters degree in Political Science and International Relations from Bombay University and a M.Phil in Diplomatic Studies from Jawaharlal Nehru University in New Delhi. She hails from Bengaluru in Karnataka and speaks Kannada, Hindi, English and French.

Prior to taking charge as Ambassador of India to Portugal in July 2016, she served as Joint Secretary (Europe West) from April 2015 to June 2016 in the Ministry of External Affairs in New Delhi, handling India’s relations with the European Union, UK, France, Germany, the Netherlands, Spain, Italy, Belgium, Portugal, Luxembourg, Ireland, Monaco and Andorra.

Prior to this, from March 2012 to April 2015, she worked as Director (AMS) in the Americas Division of the Ministry of External Affairs in New Delhi, dealing with India’s relations with the United States of America and Canada.

Nandini Singla also served as First Secretary/Counsellor (Economics) in the Permanent Mission of India to the United Nations in Geneva from 2009 to 2011 and handled multilateral trade and economic issues such as Intellectual Property Rights, Trade and Development, South-South cooperation and global Internet Governance. She worked in the Indian High Commission in Dhaka, Bangladesh, as First Secretary (Economic and Commercial) and Head of Chancery from 2005 to 2008 focusing on Indo-Bangladesh economic and commercial cooperation, India’s development assistance projects in Bangladesh and Chancery administration.

Prior to that, she worked as Under Secretary (UN Political Division) in the Ministry of External Affairs in New Delhi from 2003 to 2005, focusing on UN Peacekeeping and UN Security Council issues. She began her diplomatic career assignment as Third Secretary/Second Secretary (Political, cultural and Media) in the Indian Embassy in Paris, France, from 1999 to 2002.

She also presented a Policy Paper on Global Internet Governance at the U.N. Commission on Science and Technology for Development (CSTD) in Geneva in July 2011.

She was awarded the Prime Minister’s Silver Medal as “All India Best NCC Cadet’ in the Senior Cadets category in 1990 and represented India in the NCC Youth Exchange Programme with Canada in 1991-92.