As the first match of IPL 2020 was played on September 19, cricket fans beamed with joy.
Sriram Sabhapathy, a CSK fan from Bengaluru, wasn’t quite happy seeing Rohit Sharma hit a four right off the first ball.

As Sriram continued to watch the match and eventually saw his favourite team winning, Raaj, his co-worker, identified the uncanny resemblance between one of Rohit’s batting pose and a Warli-themed painting. Soon after, Raaj started materializing his visualization.

After a few hours, Raaj came up with a rough picture made up of small geometric shapes. The triangle-shaped body of the cricketer had a round face and its rectangular hands seemed to swing in action to hit a shot.

This innovative artwork wasn’t the first one made by the Bengaluru-based ‘LastBench’ team. The team spends hours in materializing their imagination of IPL stars, all for a good cause.
LastBench started working on a one-of-its-kind series, ‘Folk Cricket’ keeping in mind the IPL fervour. The team has launched this project to help the artisans who have been affected by the coronavirus pandemic. 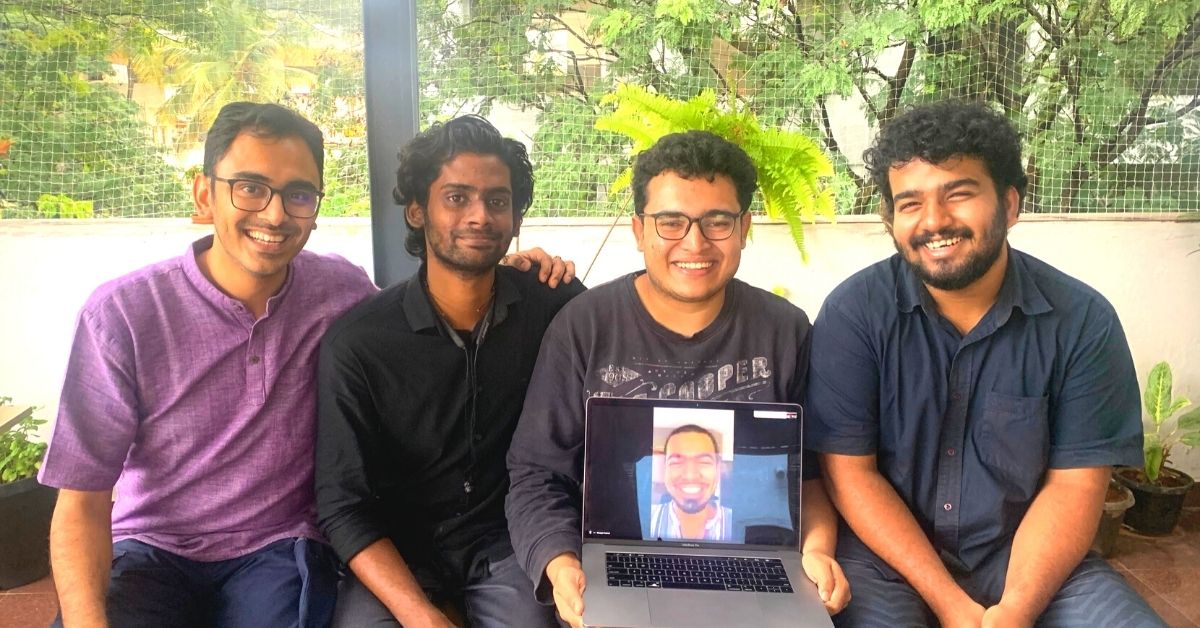 “Our company essentially helps corporations and organisations bring out their journeys through videos and other content-driven formats in creative and meaningful ways. Being an art-based company we realised that art is not an essential item and people will refrain from buying them for some time. Small artisans have been hit severely so we wanted to do our bit by coming up with an IPL series that people would easily relate to,” Sriram told The Better India.

The LastBench team is looking forward to selling these creations as merchandise and sharing the income with the artisans. “We are currently in talks with an artisan organisation and companies who could help us merchandise,” Sriram said.

Raaj Rufaro, who’s a visual arts student at Chitra Kala Parishad, was the one who came up with this idea. His idea will not only help artisans but also promote regional traditional artforms like Warli, Bommalattam, Kalighat.

“Our love for cricket and cricketer worshipping is well-known. We looked for artforms that were not too regional so that people could relate. We gathered all resources from friends, the internet and various write-ups. For each sketch, we have to do extensive research to find commonalities between the artform and player,” The Better India quoted Raaj as saying.

In the ongoing IPL series, the LastBench has come up with five sketches (as of September 30) and will be unveiling others in the upcoming weeks.

Here’s a look at some of your favourite cricketers in their ‘art avatar’: