I feel so powerful, could give you a big fat kiss: Trump during first campaign after recovering from COVID-19 | Newsmobile
Saturday, October 1, 2022

Home Home Slider I feel so powerful, could give you a big fat kiss: Trump... 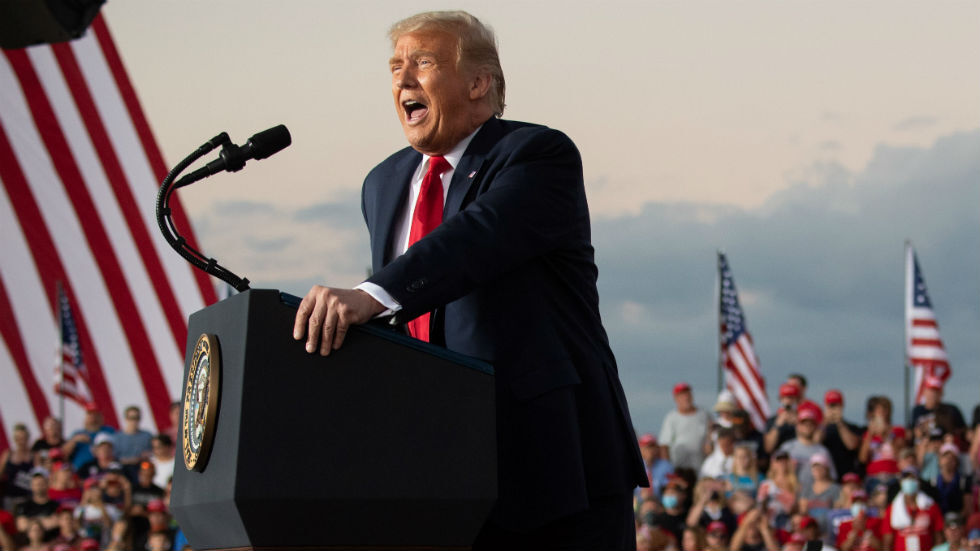 Less than two weeks after the US President Donald Trump tested positive for COVID-19, he made a comeback to the Presidential campaign trail without a mask on Monday.

The Hill reported that Trump did not wear a mask, and many in the crowd were also mask-less and social distancing was not followed either. However, prior to his speech, Trump did toss masks into the crowd.

After landing at Orlando Sanford International Airport on Air Force One, Trump took the stage straight, marvelling at the size of his audience and even made fun of his opponent Joe Biden for “getting a small crowd at a socially distanced campaign event in Ohio.”

The White House, earlier in the day, had released a statement by Trump’s physician saying the President had tested negative for COVID-19.

At the rally, the President said that he was in great shape and that he was not an “old person”, labelling the people who criticise this statement as “sickest of them all”.

“I am not an old person — I am very young and I am in such perfect shape… and they said, ‘Donald Trump misrepresented today again… These people are the sickest of them all,” he added.

Trump is set to address events in Pennsylvania, Iowa, North Carolina, and Wisconsin this week.