A newspaper clipping of Swiss squash player Ambre Allinckx is making rounds on social media claiming that she refused to come down to India from Switzerland for the World Junior Squash Championship as she is afraid of increasing number of rape cases in the country. 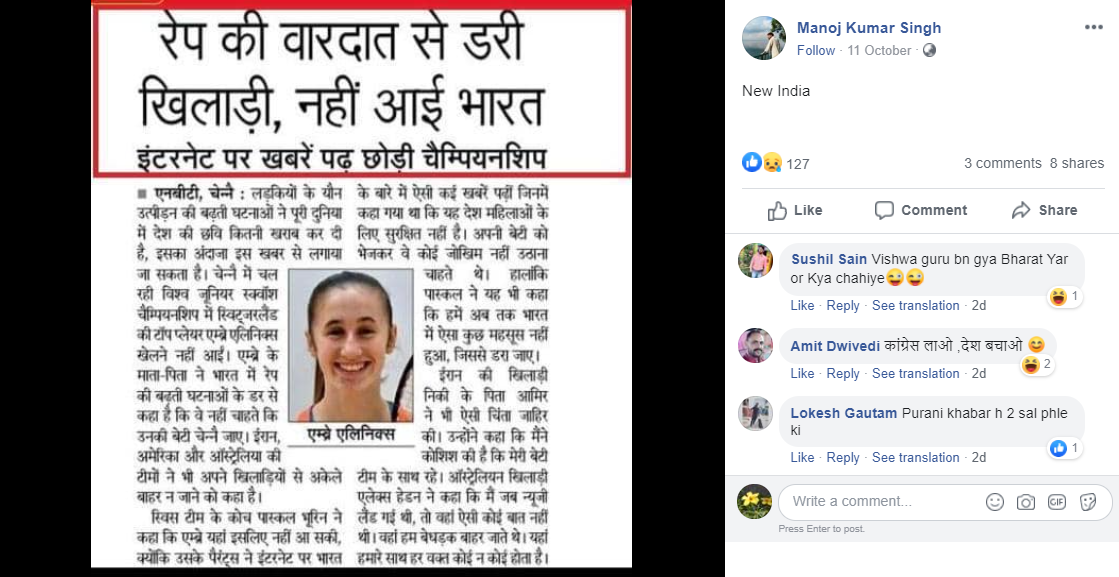 With the help of keywords search, we found a similar article on Patrika dated July 21, 2018, claiming that Swiss player Ambre Allinckx refused to come to India saying that ‘women are unsafe in India’. 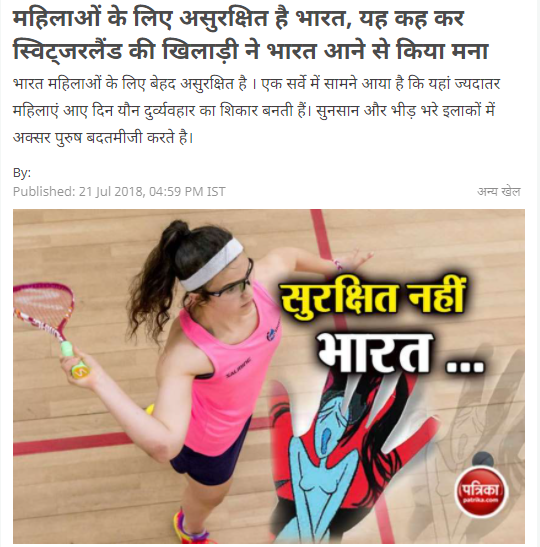 Further, we also found another article on TOI dated July 19, 2018, claiming that Swiss junior national coach Pascal Bruhin said that Ambre Allinckx’s parents did not allow her to come to India after reading stories about horrendous crimes against women in India. 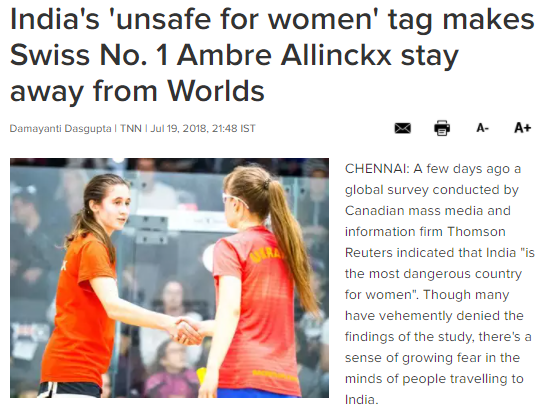 Further, we also found an article on The Live Mirror dated July 23, 2018, claiming that Ambre Allinckx’s parents have denied reports and said that the media is spreading wrong information.

According to the article, Ambre’s parents Igor and Valerie clarified in a message to a leading Squash website saying “we, as a parent, never were concerned about safety in India. This is a lie or a journalist invention.”

“We wanted to have summer holidays as a family and due to the father’s work, this has to take place in July. So nothing in our decision was about safety. Ambre has already travelled to Egypt, Morocco, Tunisia, Poland, France, Germany, Czech Republic, Italy, Mexico, etc and we never considered India as a place more dangerous than these ones. We never read articles or saw TV emission about this. Again, this is speculation or invention,” they added. 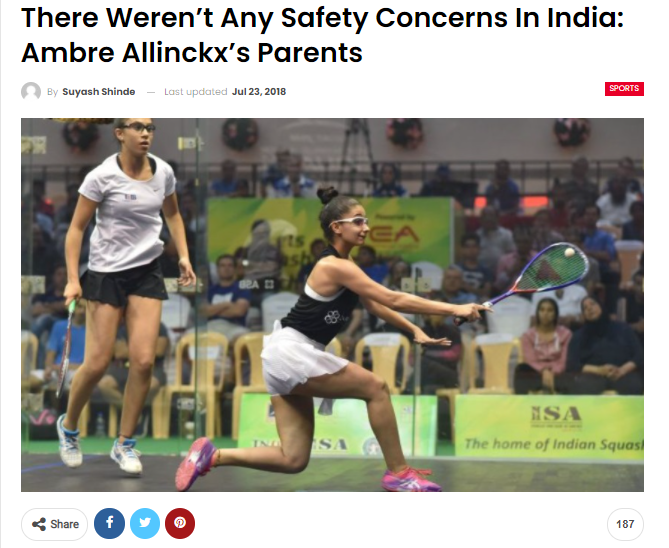 Other news organizations like Business Standard, The Tribune, Scroll and India Today also claimed that Ambre Allinckx’s parents denied false claims and the family wanted to go on a vacation with Ambre in July 2018.

In conclusion, we can say that the social media post in question is misleading and the claim that Ambre Allinckx’s parents were concerned about safety of women in India were false.