(Translation: The atrocity that happened in the village where Sakshat Sringeri Peethadipathi Jagadguruvu Sri Sri Sri Bharati Theerthula was born and raised. Guntur District (Narasaraopet) Atrocity in Narasaraopet..Unknown thugs who have made the Saraswati statue near Sringeri Sankara Math badly. Dundagulu poured alcohol on the statue and hit it with bottles. The event that came to light late.) 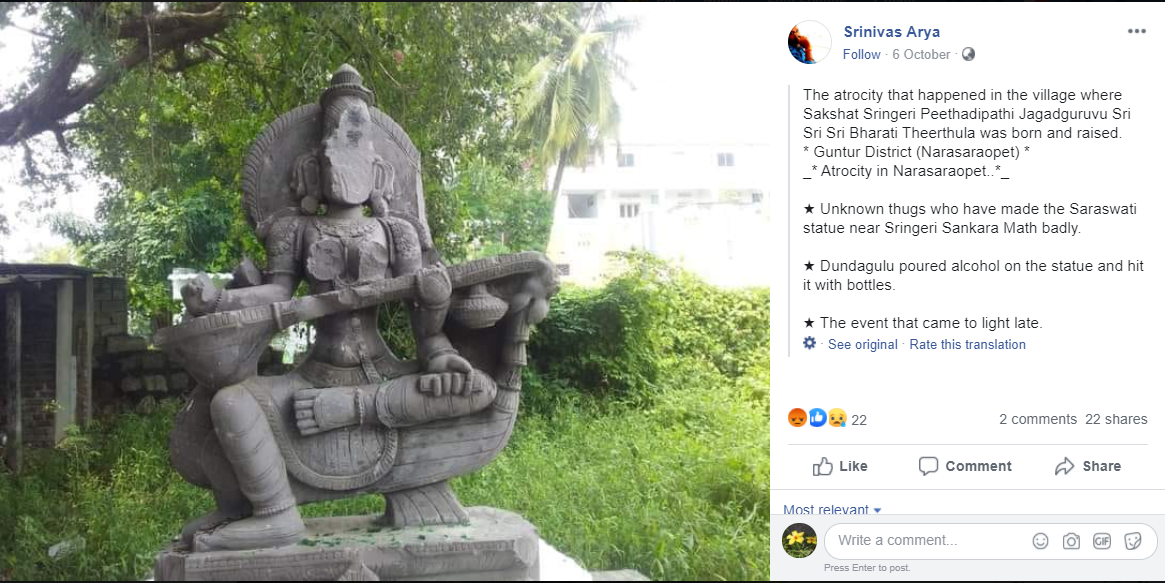 The same picture of the damaged idol of Goddess Saraswati was seen here, here, here and here.

We also found a video of the same vandalised idol of Goddess Saraswati with similar claims. 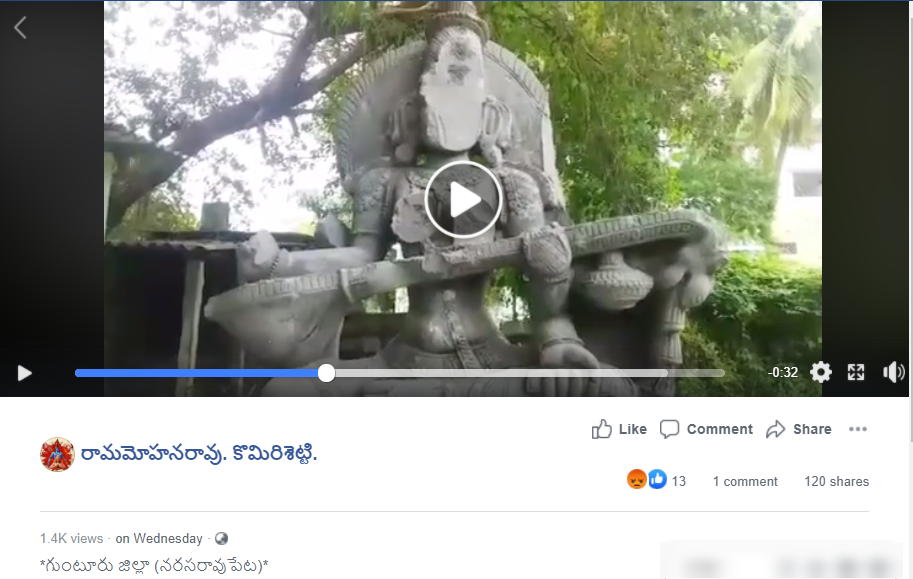 Same videos can be seen here and here.

With the help of keyword search, we found a tweet from Guntur Rural District Police dated October 6, 2020, claiming that the news of a Saraswati Idol being vandalized in Narasaraopet is fake.

(Twitter post Translation: The news that the idol of Goddess Saraswati being vandalized in Narasaraopet in the morning was completely untrue and deliberately misrepresented, according to the owner of the place. @APPOLICE100 @IPR_AP @OpIndia_com) 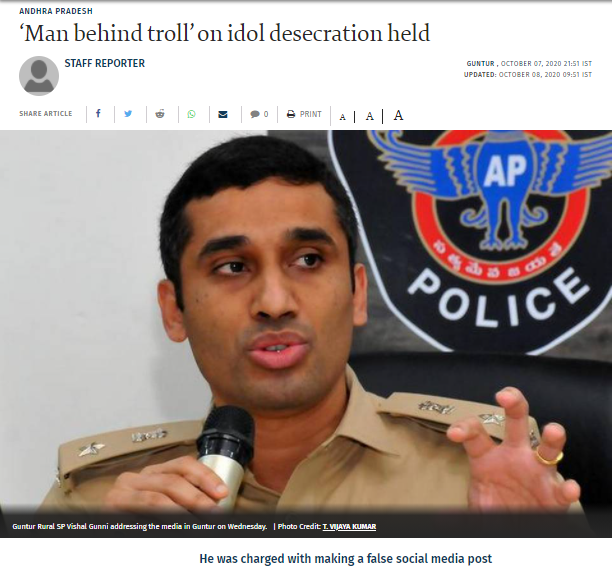 Further, we found another article on Sakshi Post dated October 8, 2020, claiming that the social media post about the Saraswati idol is fake. According to the article, the idol was in a damaged condition for the last two years and got demolished in the course of shifting of the college campus. Also, the owner of the land, Kapilavai Vijaykumar, told media that the idol was damaged when the earlier college management left the venue.

Other news organisations like The Hans India and Daiji World also claims that the social media post about the Saraswati idol are not true.

Moreover, we found a live video of Press Briefing on Facebook dated October 7, 2020, where Guntur SP Vishnu Gunni did a press briefing on the Hindu Temple.

We also found another video of the press briefing on YouTube dated October 7, 2020, claiming that the news about the idol of Goddess Saraswati is false and the idol was not vandalised recently.

YouTube description read, “The news that the #idol of Goddess #Saraswati is being destroyed in #Narasaraopet is completely untrue, #Guntur Rural SP #Vishalgunni explained..”

Hence, with the help of the above information, it has been proved that the idol of Goddess Saraswati in Guntur, Andhra Pradesh was not vandalised recently, but had got demolished during a shifting. Don’t fall for false and misleading claims.