A picture of Maharashtra CM Uddhav Thackeray watching television is widely being circulated all over social media claiming that he is watching Republic TV.

The picture is being circulated in the background of the recent controversy where Mumbai police named a few Indian news channels for allegedly rigging Television Rating Points (TRP).

On putting the picture through Google Reverse Image Search, we found the same picture in a news article by Livemint dated April 29, 2020, claiming that Maharashtra Chief Minister Uddhav Thackeray had attended a meeting of Chief Ministers of all states with Prime Minister Narendra Modi via video conference, from Mumbai. 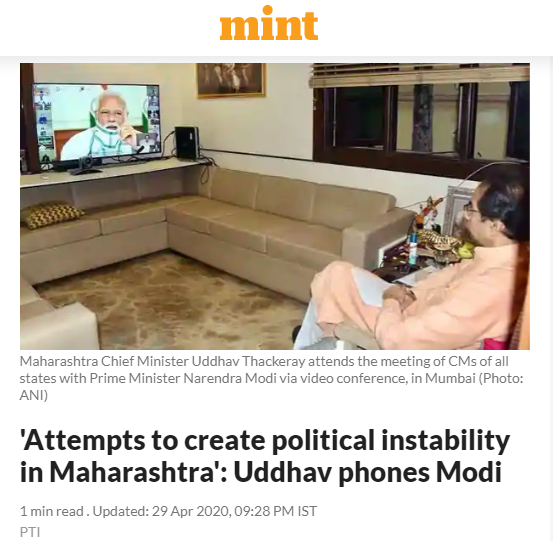 Further, we also found the original picture of Uddhav Thackeray on Outlook. The picture description read, “Prime Minister Narendra Modi interacts with Maharashtra CM Uddhav Balasaheb Thackeray via video conference on COVID-19 preparedness, during the nationwide lockdown to curb the spread of coronavirus.” 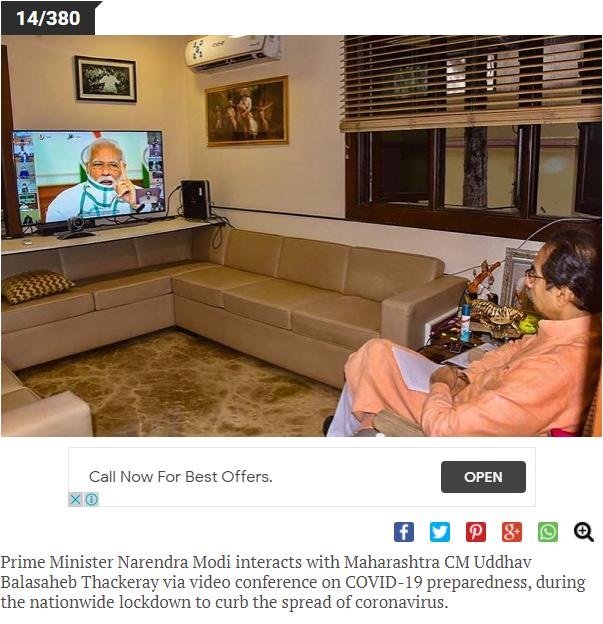 On comparing the Fake vs Real collage, we can clearly see that the picture is altered and the picture of PM Modi was replaced by a screengrab of Republic TV.

On comparing the viral post and Republic TV post, we can state that it is the exact same news bulletin.

Hence, with the help of the above information, it is clear that the picture of Maharashtra CM Uddhav Thackeray was of the video conferencing with PM Modi and not of him watching Republic TV.