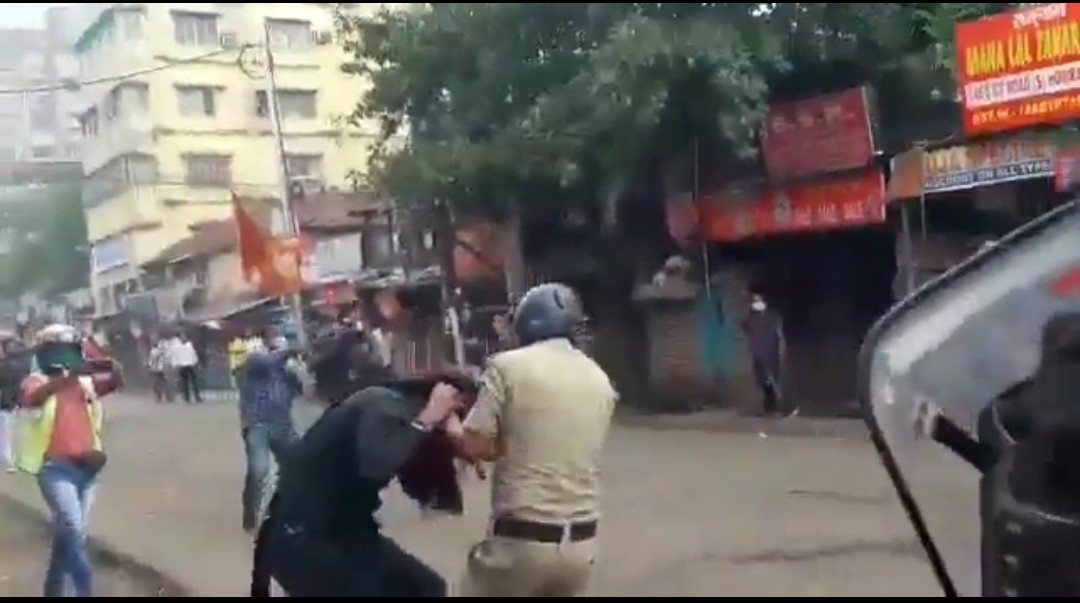 After visuals of West Bengal Police wrestling a Sikh man to the ground during BJP’s ‘Nabanno Chalo Abhiyaan’ on Thursday went viral, the Mamata Banerjee government finds itself in a spot with India seething in anger and accusing the state police of hurting religious sentiments. The visuals showed 43-year-old Balwinder Singh’s turban falling off during the slugfest. 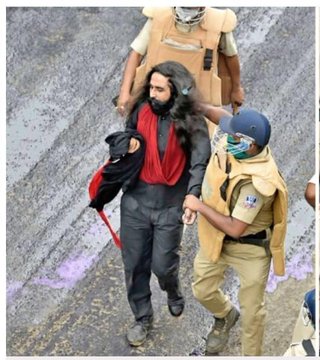 Cutting across the political divide, both BJP and Congress leaders and celebrities spoke out in one voice to condemn this ‘insensitive’ behaviour of West Bengal Police. Punjab Chief Minister Captain Amarinder Singh expressed dismay at the “humiliating treatment” and urged Mamata Banerjee to take stringent action against police personnel for hurting the religious sentiments of the Sikh community.

Mamata Banerjee, your police beat up this Ex-Army man yesterday & his turban disrespectfully pulled off.

For the sikhs, the turban represents their faith, it’s a part of their identity & is held in sacred esteem. An attack on the turban is an attack on their spirit, their soul. pic.twitter.com/kalcVOBrJc

Singh’s media advisor Raveen Thukral took to Twitter on Friday night to condemn the incident. “Not done, says Punjab [email protected]_amarinder, expressing shock at humiliating treatment of a Sikh youth by @WBPolice, who reportedly pulled off his turban during arrest,” he wrote.

Not done, says Punjab CM @capt_amarinder, expressing shock at humiliating treatment of a Sikh youth by @WBPolice, who reportedly pulled off his turban during arrest. CM has urged @MamataOfficial to take strict action against concerned cop for hurting Sikh religious sentiments. pic.twitter.com/bixa26ar4B

Shiromani Akali Dal chief Sukhbir Singh Badal, called the incident a “vicious attack” by the Bengal police. “Strongly condemn the vicious attack on a Sikh security official Balwinder Singh and disrespect of his turban by West Bengal Police. The dishonour has infuriated Sikhs across the world. I urge Mamata Banerjee to take exemplary action against the erring policemen,” he tweeted.

Strongly condemn the vicious attack on a Sikh security official Balwinder Singh & disrespect of his #turban by West Bengal Police. The dishonour has infuriated Sikhs across the world. I urge @MamataOfficial ji to take exemplary action against the erring policemen. pic.twitter.com/o0QUP9pnWJ

BJP MP Rajeev Chandrasekhar joined his party colleagues to condemn the action on the part of West Bengal Police.

This pulling of the turban of a Sikh by @MamataOfficial ‘s police is deeply insulting. The turban is an integral party of Sikhism. 😡😡pic.twitter.com/54aR9026GP

Not just politicians, India reacted angrily to the treatment meted out to Balwinder Singh.  Harbhajan Singh too reacted strongly and urged Mamata Banerjee to take action.

Visibly cornered, West Bengal Police issued a statement hours after the video went viral and said it never intended to hurt the sentiments of any community. There was a struggle to seize a pistol in Balwinder Singh’s possession and the turban fell off “automatically”, the cops said. In two tweets, West Bengal Police said that Balwinder Singh was asked to “put his turban back” before he was escorted to the police station.

The concerned person was carrying firearms in yesterday’s protest. The Pagri had fallen off automatically in the scuffle that ensued,without any attempt to do so by our officer (visible in the video attached). It is never our intention to hurt the sentiments of any community(1/2) pic.twitter.com/aE8UgN36W5

A resident of Bhatinda, Balwinder Singh was assaulted in Howrah as BJP cadres moved towards the state secretariat Nabanna across the Hooghly river. Balwinder was in charge of providing security to a BJP leader. 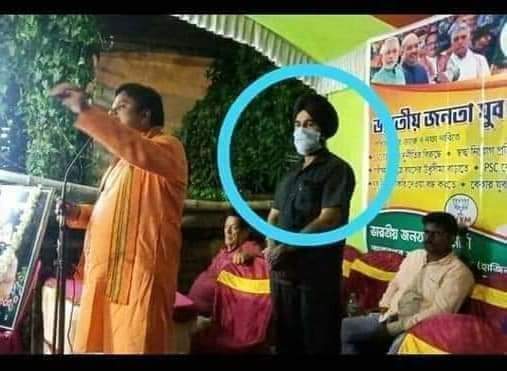 Cops have recovered a 9 mm pistol from Singh and charged him under the Indian Arms Act over ‘invalid’ gun licence, which was issued in Rajouri, Jammu and Kashmir. Singh has also been identified him as a former soldier with Rashtriya Rifles in Rajouri. That license however did not permit him to take the firearm to West Bengal as per the police.