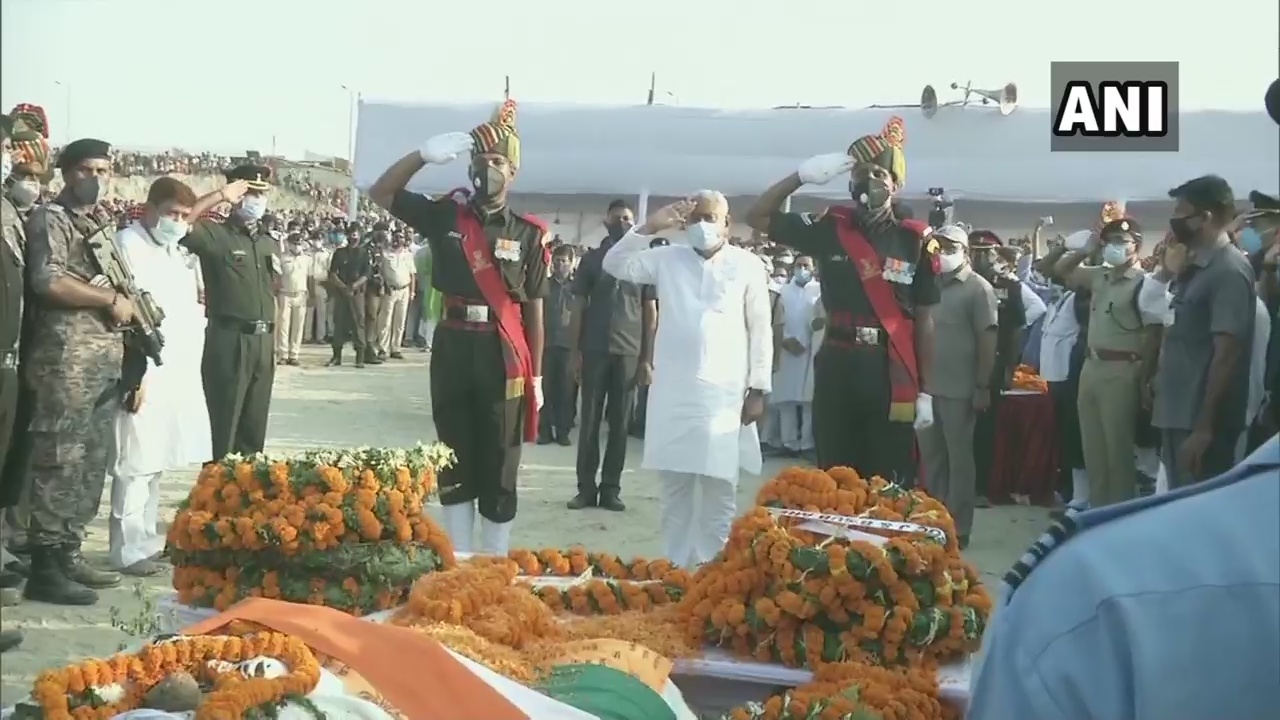 Union Minister Ram Vilas Paswan was given a state funeral and cremated at Patna’s Janardhan Ghat this afternoon, with his son and LJP chief Chirag Paswan performing the last rites.

In visuals shared by news agency ANI massive crowds had gathered at the ghat and cremation site as thousands paid their last respects to a veteran political figure, with senior BJP leaders – including Union Minister Ravi Shankar Prasad, who also hails from Patna – present.

Prime Minister Narendra Modi, BJP president JP Nadda, and several other leaders paid their tributes to the late leader at his residence in the national capital.

Paswan became an iconic leader in Indian politics as he won from Hajipur Lok Sabha constituency eight times between 1977 and 2014.

In 1977 and 1980, Paswan had won on a Janata Party ticket. In 1977, he registered a Guinness World Record by winning the election from Hajipur with a margin of 4.24 lakh votes, the maximum margin by any politician in the world. It remained unchallenged for a long time.