Fact Check: No, this picture of tree carved into a giant hand is NOT from Kashmir; here’s the truth | Newsmobile
Thursday, October 6, 2022

A picture of a tree trunk carved into a giant hand is doing rounds on social media claiming that it is from North Kashmir. 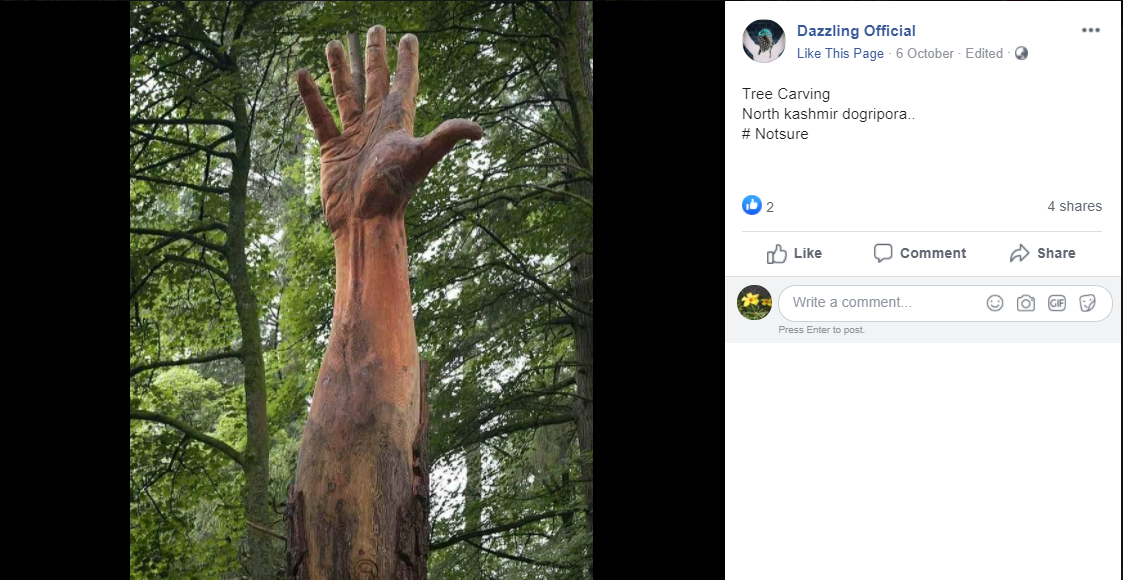 On putting the picture through Google Reverse Image Search, we found the same picture on HonNhan PhapLuat dated October 3, 2020, claiming that it is a giant arm of 15 meters in Wales, UK. Also, the article claims that carving of the tree is an innovative way that contributes to protecting the environment and nature around the world. 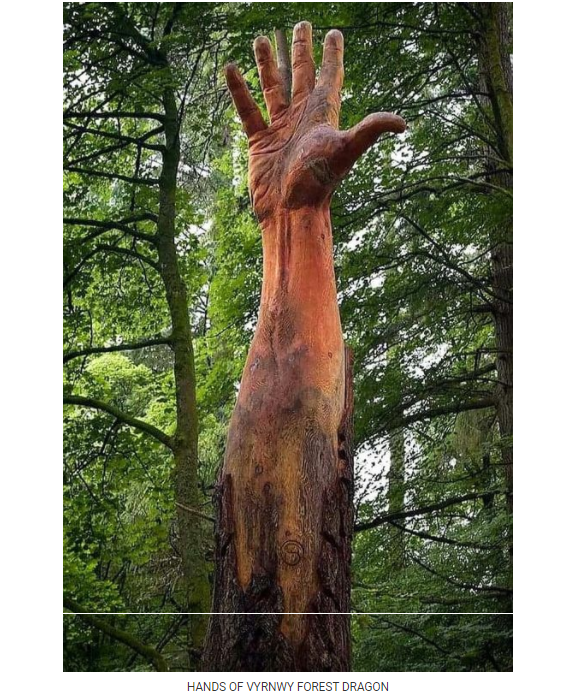 We also found the picture of the Gaint Hand on 9GAG and Reddit claiming that Giant Hand of Vyrnwy is in the United Kingdom, not in India.

Further, with the help of keywords search, we found the original website of Simon O’Rourke, the artist who created the sculpture, claims that the picture is of ‘Giant Hand of Vyrnwy’ in Wales. 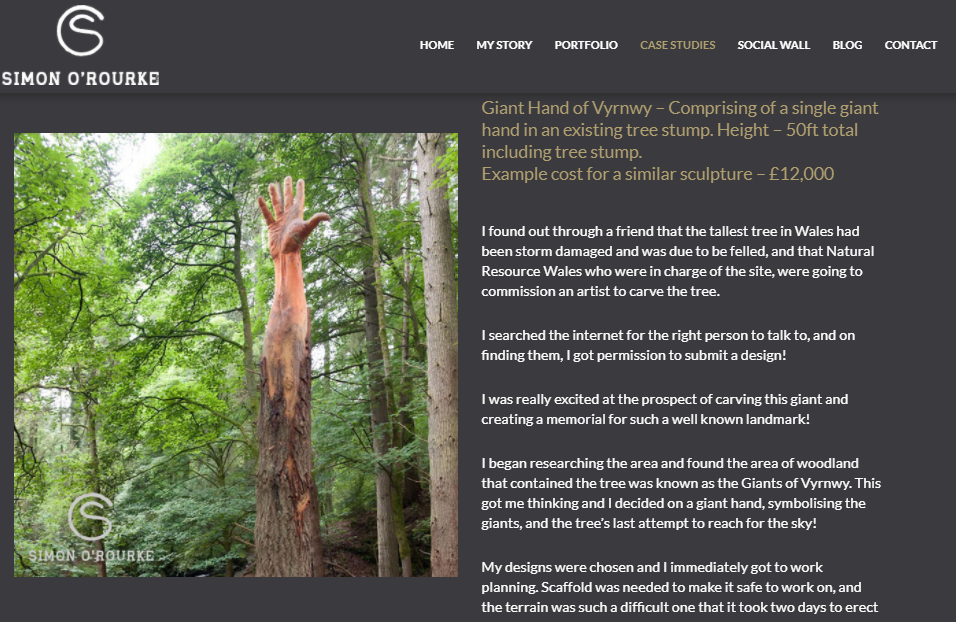 On digging further, we also found an article on BBC dated November 11, 2011. The article talks about how the tallest tree was sculpted into a giant hand. 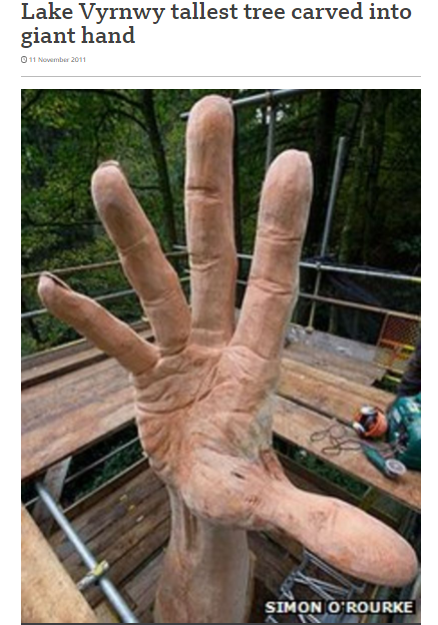 Moreover, we also found the video of carved giant hand on YouTube dated October 12, 2019, claiming that it is in the United Kingdom.

The YouTube description read, “The remnants of the UK’s tallest tree, which was felled [fell] after being damaged in a storm, has been transformed into a carving of a giant hand.”

The picture of ‘Gaint Hand of Vyrnwy’ in Wales, UK can be seen here, here, here and here.

In conclusion, we can say that the picture of a tree carved into the giant hand is the ‘Gaint Hand of Vyrnwy’ in Wales, United Kingdom and not from Kashmir in India. Don’t fall for false and misleading claims.