A Twitter post of an individual by the name of Zhong Xin has gone viral all over social media claiming that Indian Air Force fighter jet Sukhoi Su-30 has been shot down by China in Tibet. 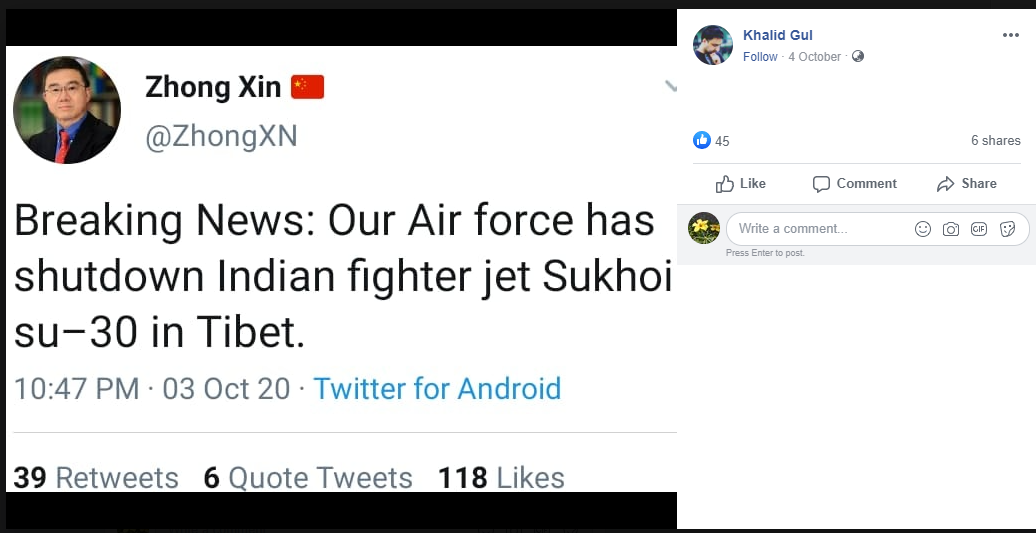 We also came across another viral picture of a jet crash claiming that the picture is of IAF fighter jet Sukhoi Su-30 which crashed in Tibet.

On putting the picture of the jet crash through Google Reverse Image Search, we found the same picture in a news article by USA Today dated November 4, 2013, claiming that a small airliner crashed in northern Bolivia and eight people died. 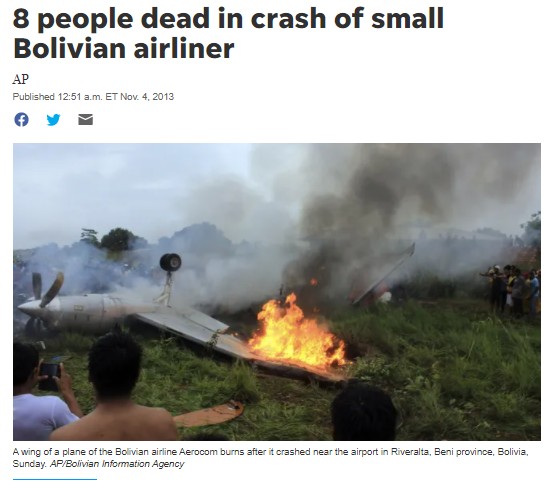 We also found the same picture of the crash in a video on BBC dated November 4, 2013, claiming that a plane crashed in Bolivia’s northern Amazon region, killing at least eight of the 18 people on board. Therefore, the viral picture of the plane crash is not of IAF fighter jet Sukhoi Su–30.

We then Google searched social media claims about Indian Air Force fighter jet Sukhoi Su–30 crashing in Tibet. But we could not find any credible source supporting the viral claim.

We also checked social media pages of the Indian Air Force, Ministry of Defence and Press Information Bureau (PIB) to verify the credibility of the viral claim. We then found a tweet by PIB Fact Check dated October 4, 2020, claiming that Twitter post of Zhong Xin about IAF fighter jet Sukhoi Su–30 crashing in Tibet is fake.

Claim: A tweet claims that an IAF Sukhoi Su-30 fighter jet has been shot down by PLA Air Force in #Tibet.#PIBFactCheck: The claim is #FAKE. No such incident has taken place. pic.twitter.com/SFHUTYiOsD

In conclusion, we can say that IAF fighter jet Sukhoi Su–30 DID NOT crash in Tibet. Social media claims regarding this purported crash are FAKE.