A post is being shared on social media with a claim that BJP’s national spokesperson Sambit Patra has said that China and Pakistan are responsible for the Hathras and Balrampur rape cases. 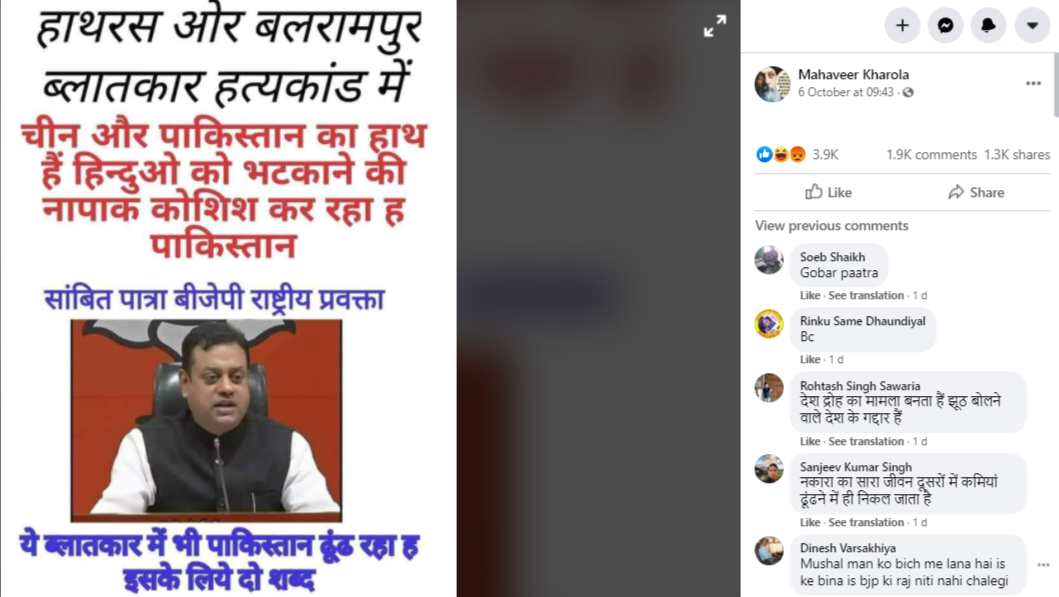 Similar post can be seen here, here and here.

We ran a keyword search on Google but did not find any reports to support the credibility of the viral post.

We found many news bulletins and clips of debates by different media organisations featuring Sambit Patra. However, even after carefully examining the reports, we did not find any report that confirmed the viral statement.

We also found a report by Aaj Tak dated September 30, 2020, where the report asked Sambit Patra as to why he did not tweet anything when the cremation of an alleged rape victim in Hathras case happened, even though he is so active on Twitter otherwise. Replying to this, he said that a tweet is not an answer in these situations.

We also found a report by India Today dated October 2020, where Sambit Patra talked about Forensic Report that mentioned that there was no rape in the Hathras case.

We also scanned through the social media accounts of Sambit Patra but did not find any statement by him about Pakistan and China’s involvement in the Hathras case.

However, we did find reports dated October 6, 2020, claiming that the Uttar Pradesh government has ordered a probe into an alleged international conspiracy hatched by groups and individuals in foreign countries to defame the state government and foment caste violence in the backdrop of the murder and gang-rape of a 19-year-old Dalit woman in Hathras district. 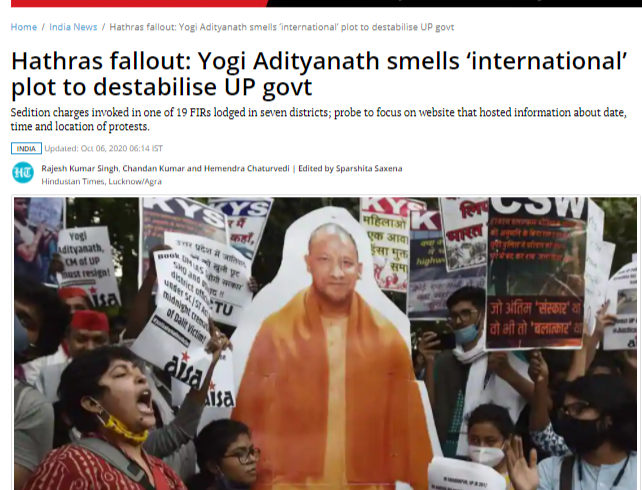 The same was reported by The wire and The New Indian Express.

Hence, from the above fact check, it is clear that the quote has been falsely attributed to Sambit Patra.