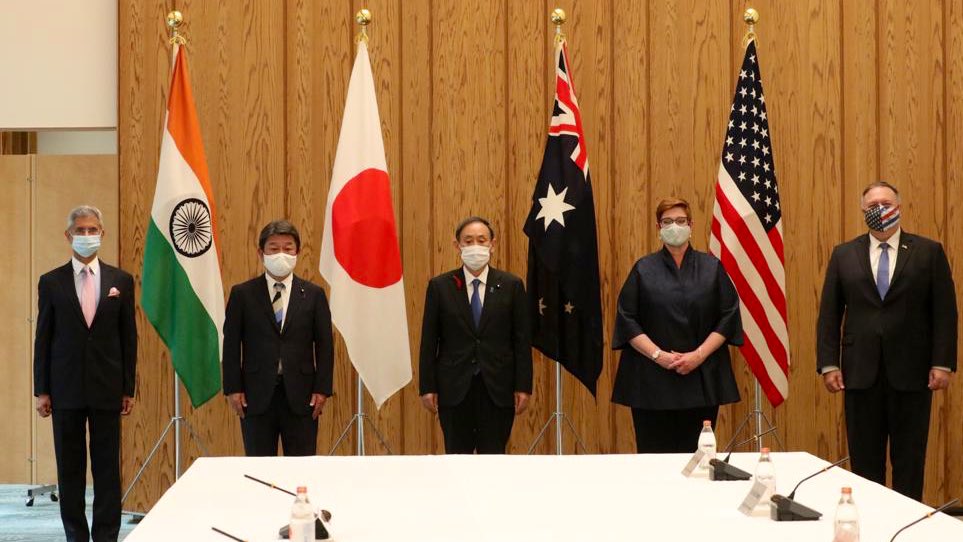 Called on PM @sugawitter along with other Quad Foreign Ministers. Spoke about the bilateral and global dimensions of our special partnership. pic.twitter.com/dTyYMZKpZc

“Called on PM @sugawitter along with other Quad Foreign Ministers. Spoke about the bilateral and global dimensions of our special partnership,” Jaishankar wrote on Twitter. he had met Mike Pompeo and reaffirmed India’s stand of working together with the US for ensuring stability and prosperity of the Indo=Pacific region.

Began my Tokyo visit with a bilateral meeting with @SecPompeo. Pleased to see the progress of our partnership in so many fields. Will work together for stability and prosperity in the Indo- Pacific. pic.twitter.com/isZMTNlHXe

The Quad foreign ministers are also meeting separately to work out a common strategy to safeguard mutual interests and also deliberate on a common China policy. Strategic and security challenges in the region and joint strategy will be the key focus of the meeting in keeping with China’s aggressive stance with regards to border aggression and the South China Sea.

Great to meet again with Australian Foreign Minister @MarisePayne today in Tokyo to discuss Quad cooperation. The U.S.-Australia-India-Japan relationship is integral to ensuring an open and transparent #IndoPacific. pic.twitter.com/eQjfawLVy7

India-Pacific region is largely viewed as an area comprising the Indian Ocean and the western and central Pacific Ocean, including the South China Sea. 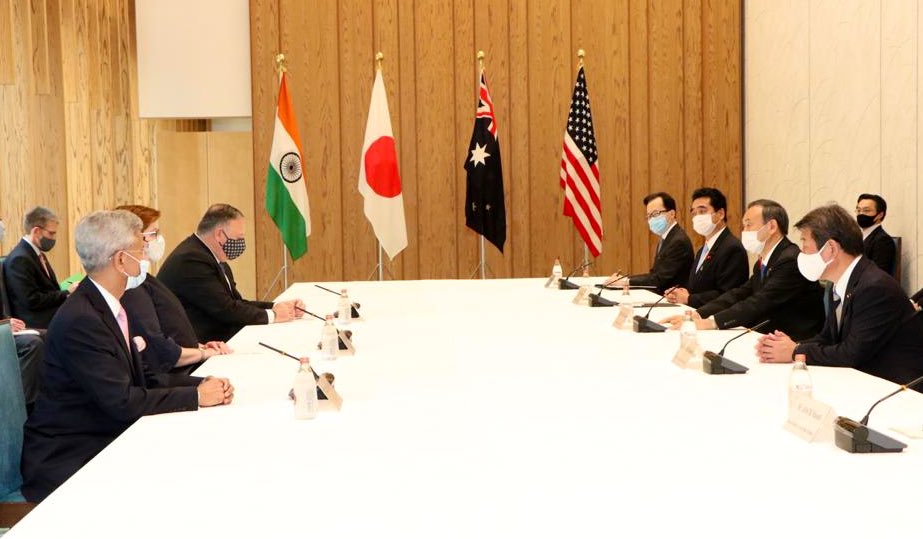 China’s illegitimate territorial claims in South China Sea and efforts to advance into the Indian Ocean region are seen to have challenged the established rules-based system.  Vietnam, the Philippines, Malaysia, Brunei and Taiwan have counter territorial claims in  South China Sea. Xi Jingping’s unabated assertiveness against counter claimants in the East and South Sea has resulted in unprecedented escalation of tensions in the Indian-Pacific region.