A picture of a group of people sitting on dining table has gone viral on social media claiming that after burning tractor at India Gate in Delhi to protest the Farm Bills, ‘poor farmers’ are having food in silver plates.

(Translation: Poor farmers eating in silver plate after burning tractor near India Gate in Delhi in protest against Farm bill)

While looking at the picture carefully, we noticed Congress leaders Randeep Singh Surjewala and Siddaramaiah in the picture being circulated, which raised the first red flag.

On putting the picture through Google Reverse Image Search, we found the same picture in a news article on Vijay Karnataka dated September 28, 2020, claiming that Randeep Singh Surjewala paid a visit to Siddaramaiah’s residence near Shivananda Circle in Bengaluru in Karnataka. 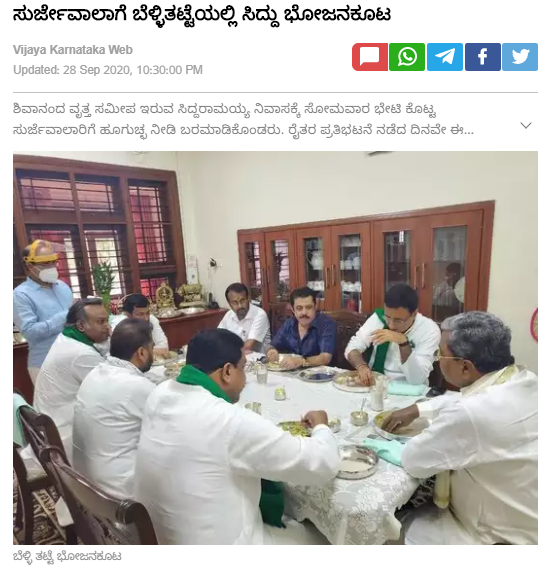 Further, we also found a tweet of BJP Karnataka from September 28, 2020, claiming that Congress leaders were showing fake concern for the protesting farmers as they can be seen enjoying food in “Silver Cutlery”.

After giving an Oscar Award winning performance of “faking concern” for Our Farmers, the MAJAVADIS of @INCIndia are feasting on a multi-course meal served in “Silver Cutlery”.

On digging further, we also found the same picture of the politicians sitting on the dining table from different angles on Facebook Profile of politician BZ Zameer Ahmed.

Hence, with the help of the above information, it is clear that the group of people sitting on the dining table are politicians and not farmers. 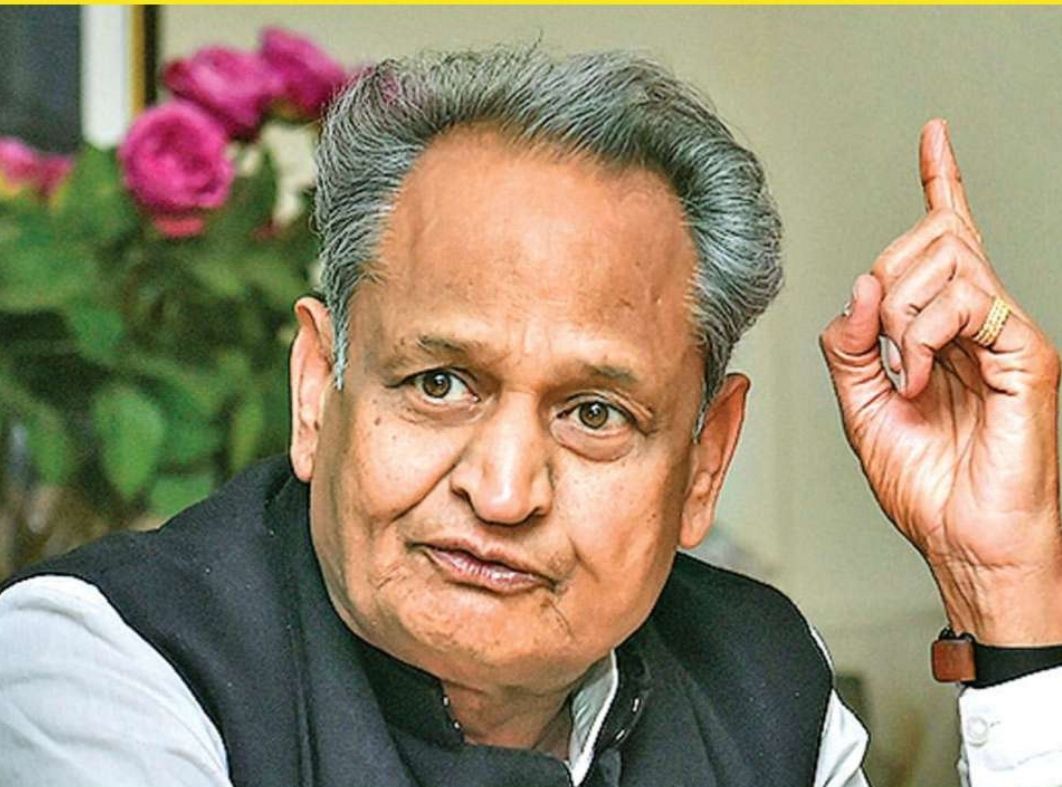