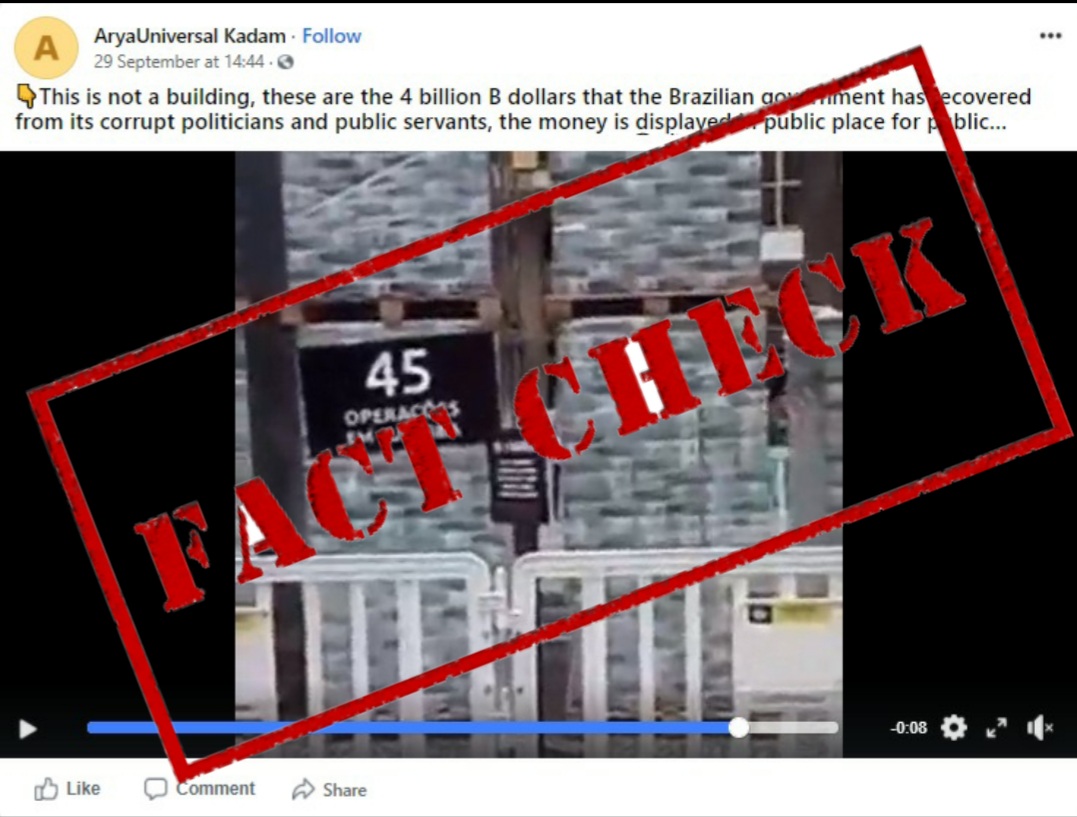 A video of a pile of money amounting to four million dollars displayed on the streets is doing rounds on social media with a claim that the video is from Brazil. The social media post also claims that Brazilian government recovered the money from corrupt politicians and public servants.

The Facebook post read, “This is not a building, these are the 4 billion dollars that the Brazilian government has recovered from its corrupt politicians and public servants, the money is displayed in a public place for public viewing. One day we hope to have such a show in India too. ” 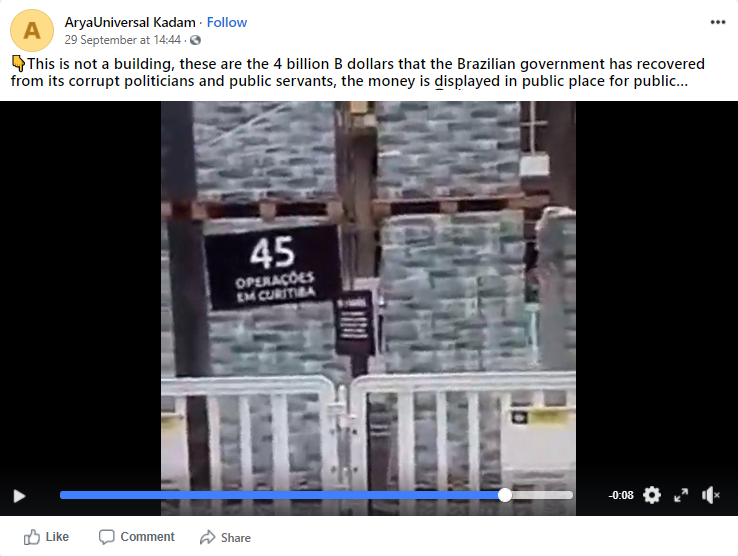 With the help of InVID Tool, we got the keyframes from the video. On running the keyframes through Google Reverse Image Search, we found the same video on the Facebook profile of Coronel Telhada (State Representative of São Paulo, Brazil), dated August 30, 2017.

Further, we also found various pictures of the pile of notes on Portal Revista Visao, dated October 3, 2020, claiming that it is an unusual exhibition in Curitiba. Also, it is fake money symbolizing 4 billion dollars of the money recovered through Operation Lava Jato from politicians and contractors.

According to Wikipedia, it is an ongoing criminal investigation by the Federal Police of Brazil, Curitiba Branch. It began in March 2014 and was initially headed by investigative judge Sergio Moro and in 2019 by Judge Luiz Antonio Bonat.  It has resulted in more than a thousand warrants of various types. According to the Operation Car Wash task force, investigations implicate administrative members of the state-owned oil company Petrobas, politicians from Brazil’s largest parties, presidents of the Chamber of Deputies and the Federal Senate, state governors, and businessmen from large Brazilian companies. The Federal Police consider it the largest corruption investigation in the country’s history.

The investigation is called “Operation Car Wash” because it was first uncovered at a car wash in Brasillia.

Further, we also found the same picture of the pile of notes on Click Parana dated August 28, 2017, claiming that these are the fictitious notes which is a part of the dissemination strategy for the film “Federal Police – The Law is for Everyone”, which tells the story of Operation Car Wash. 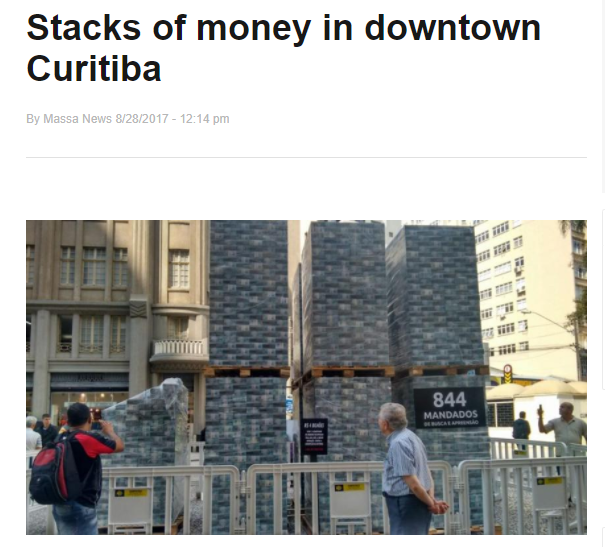 Another article on Allmanaque dated August 29, 2017, also claims that the pile of the notes placed in the city of Curitiba is a part of the promotion of the film  “Federal Police – The Law is for Everyone“, related to Operation Car Wash.

With the help of our thorough investigation, we can conclude that it is an old video of a  pile of fake notes put up in the city of Curitiba, Brazil for the film “Federal Police – The Law is for Everyone” related to Operation Car Wash.

EC Bans Mamata From Campaigning For 24 Hours For Making ‘Highly...

EC Bans Mamata From Campaigning For 24 Hours For Making ‘Highly...