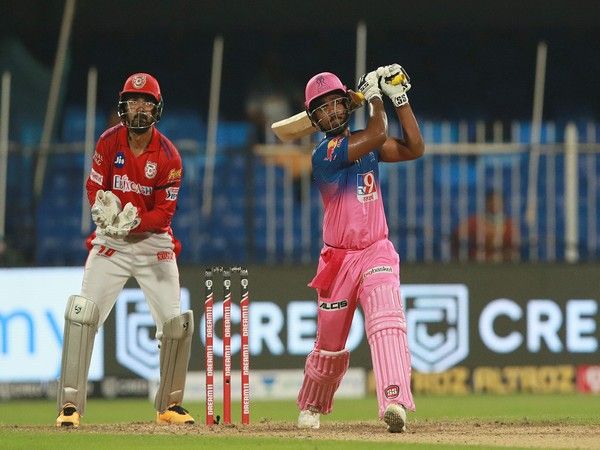 Rajasthan Royals chased down a massive target of 224 runs against Kings XI Punjab (KXIP) to register the highest-ever run chase in the Indian Premier League (IPL) history here on Sunday.

Rajasthan Royals won the match by four wickets. Mayank Agarwal’s scored a century but it was not enough for KXIP to secure a win as Rajasthan Royals chased down the target in the last over.

Chasing a massive target of 224 runs, Rajasthan Royals got off to a poor start as Jos Buttler (4) gave away his wicket in the third over of the innings.

Steve Smith was then joined by Sanju Samson on the field and the duo played brilliantly. As the team was chasing a huge target, both the batsmen played with an attacking mindset.

After eight overs, Rajasthan Royals were playing at 92/1. However, in the next over, Smith (50) gave away an easy catch to Mohammed Shami off James Neesham’s delivery.

Rahul Tewatia then came out to bat to join Samson, who went on to complete his half-century. Samson continued his fast-paced innings and took the team past the 150-run mark. Shami picked the wicket of Samson in the 17th over which ended the batsman’s 85-run innings.

Samson’s dismissal brought Robin Uthappa on the field. The match came to a point when Rajasthan Royals needed 51 runs to win off the last three overs. Tewatia came out furiously in the next over which was bowled by Sheldon Cottrell as he smashed five sixes in the over.

Rajasthan Royals then needed 21 runs from 12 balls. Shami bowled the 19th over and removed Uthappa on the very first delivery. Jofra Archer then took the field and smashed two consecutive sixes to Shami. Archer took a single and then Tewatia struck a six, taking Rajasthan Royals closer to the victory.

However, Shami made a stunning comeback as he dismissed Tewatia (53) on the last ball of the over. The next over was bowled by Murugan Ashwin but Rajasthan Royals easily chased down the target.

Agarwal played a knock of 106 runs off 50 balls including seven sixes and 10 fours. He was dismissed by Tom Curran in the 17th over.

In the next over, Rahul too departed after scoring 69 runs with a striker rate of 127.77. He was scalped by Ankit Rajpoot.

Glenn Maxwell and Nicholas Pooran played some good hand in the last overs and remained unbeaten on 13* and 25* runs respectively as the team posted a very competitive total on the board.