With layoffs and pay cuts becoming the new normal in times of COVID-19 pandemic, a newspaper clipping started doing rounds on social media claiming that four friends attempted suicide owing to unemployment. The headline claims that they jumped on train tracks and three died.

(Translation: ‘Without a job, there is no use of living’ said four friends and jumped in front of the train, three died.) 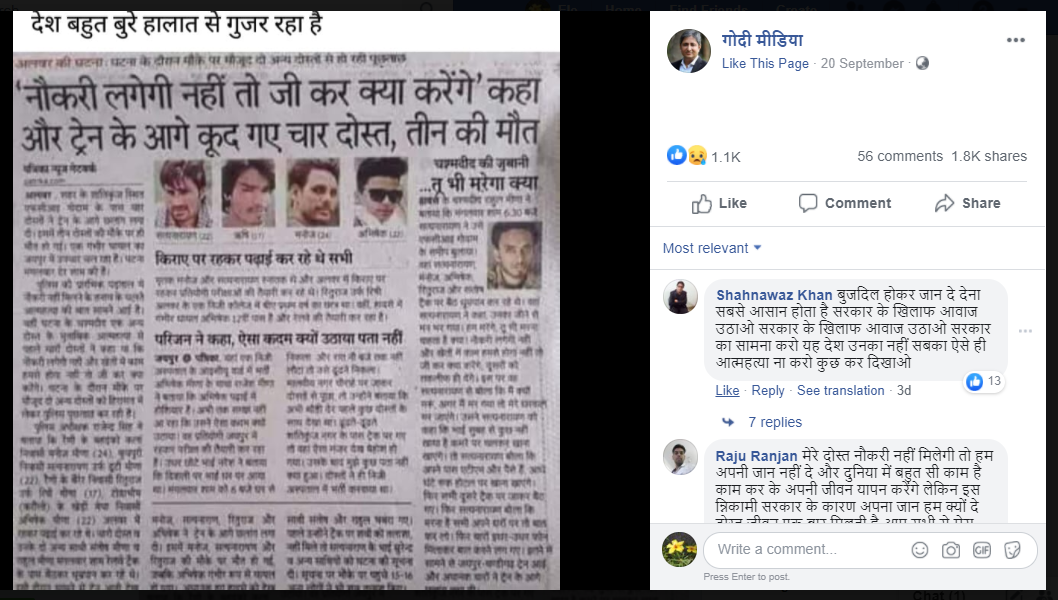 The same newspaper clipping was posted by Anees Raja, State President Youth Brigade Samajwadi Party of UP on Twitter.

NewsMobile fact-checked the above post and found it be old and misleading. 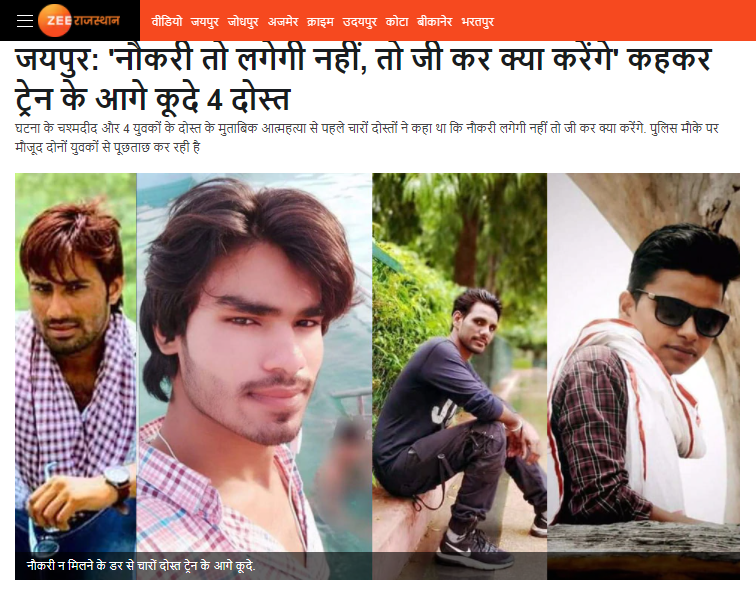 On digging further, we also found another news article on Aaj Tak dated November 22, 2018, stating that four youths jumped in front of a train due to unemployment and three died. 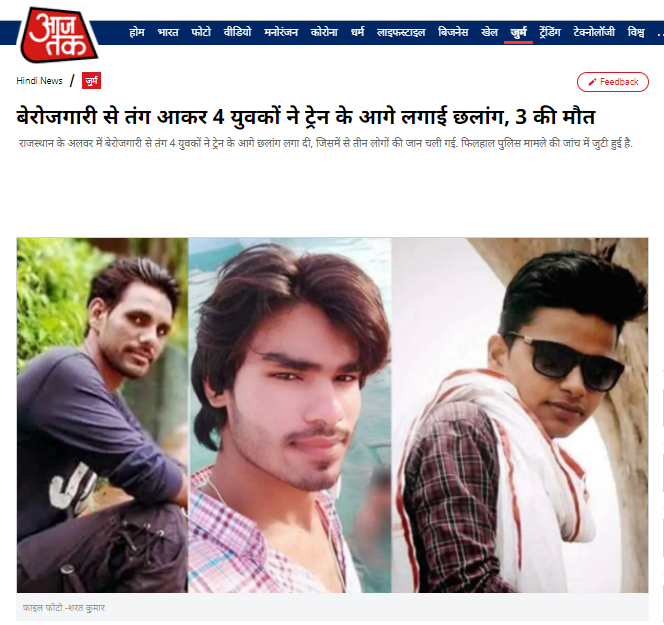 Also, another news article by NDTV dated November 22, 2018, reported that four young friends, who were troubled because of the unemployment, committed suicide by jumping in front of the train. 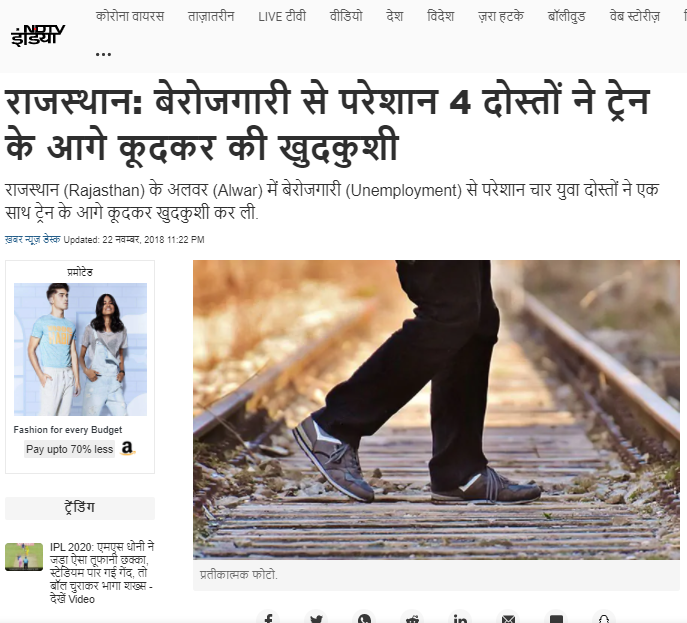 This proves that the newspaper clipping in circulation is from 2018 and hence the post is misleading.