Fact Check: 2017 picture of a farmers’ agitation in Rajasthan shared as recent one from Haryana | Newsmobile
Saturday, November 26, 2022

In the backdrop of nationwide farmers’ protest against Farm Bills which was passed by the Rajya Sabha by voice vote in the Monsoon Session of the Parliament, a picture of a protest is being shared on social media with a claim that it was taken recently.

(Translation: Protest against the farm bill, this is today’s picture. Was this shown on your channels?) 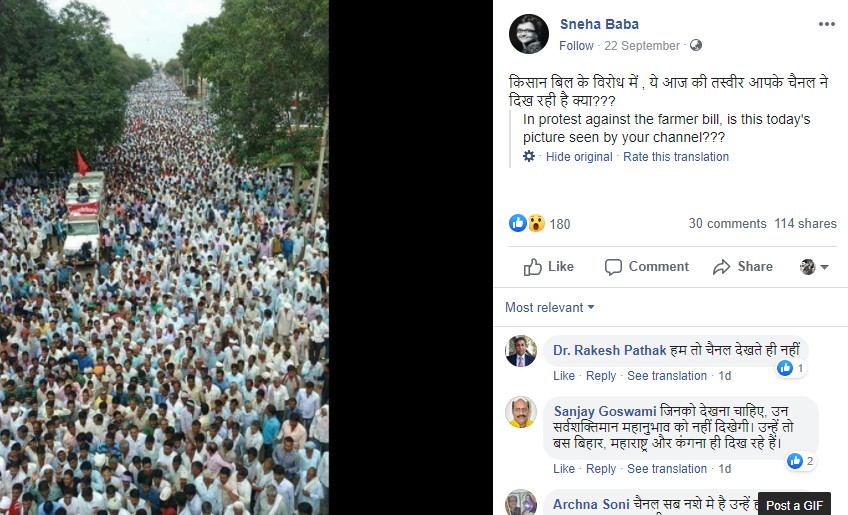 The same picture was shared with a claim that it was taken recently in Jind, Haryana. 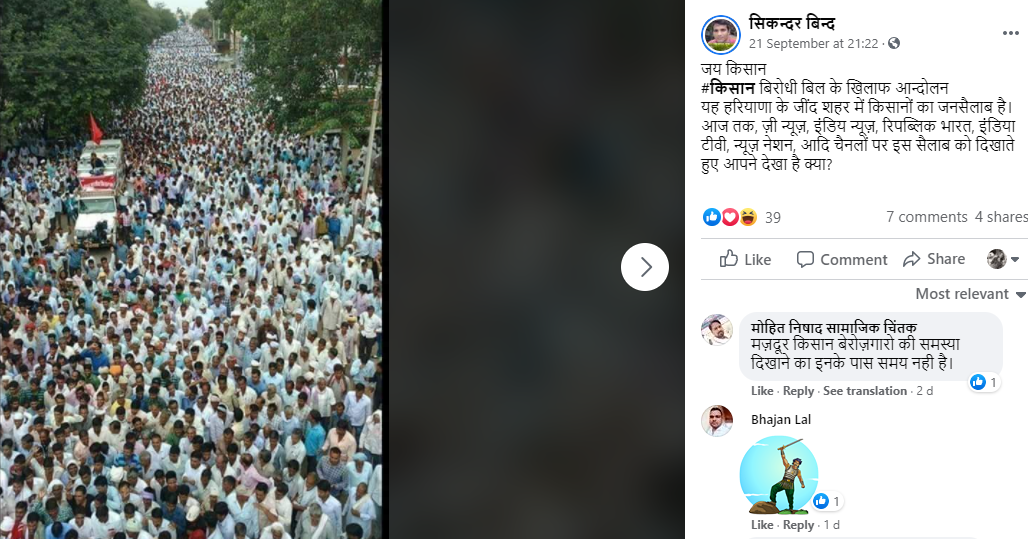 The first thing we noticed was that not even a single person in the picture was wearing a mask or had covered his face with any material. And since we are in the middle of a pandemic, Government has advised everyone to wear a mask in public.

We put the picture through Reverse Image Search and found the same picture in an article by News Click, posted in September 2017. 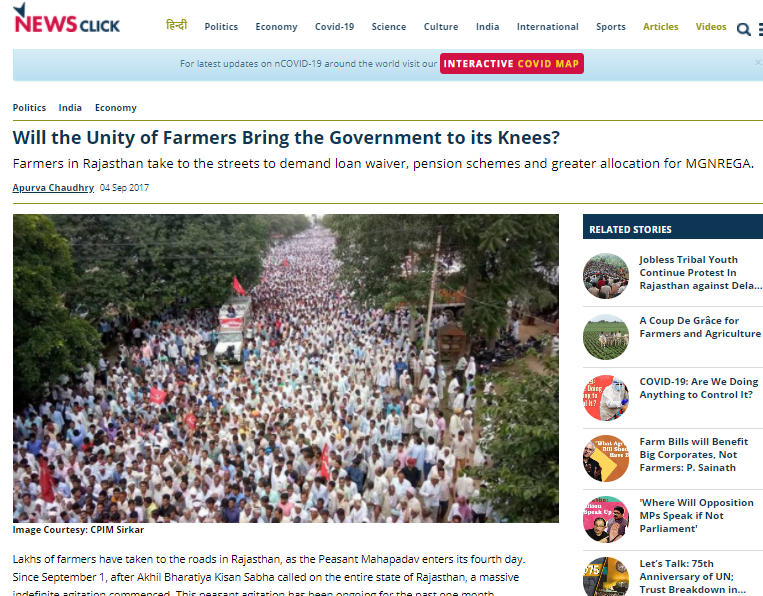 According to the report, the picture was clicked in 2017 in Rajasthan after Akhil Bharatiya Kisan Sabha called a massive protest in the state demanding loan waiver, pension schemes and greater allocation for MNREGA.

The same was also posted by the official Twitter handle of the Communist Party of India (Marxist) on September 5, 2017.

CPI(M) also tagged the official Twitter handle of CPIM Sikar in the above tweet, implying that the picture is from Rajasthan.

On September 16, 2020, NewsMobile debunked a similar post in which another picture from the 2017 protest in Rajasthan was being shared as a recent one.

From the above fact check, we gathered the following points:

Hence, it can be concluded that the post in question is misleading.