A picture of Chinese Superstar Jackie Chan is doing rounds on social media claiming that he is returning from Hajj. 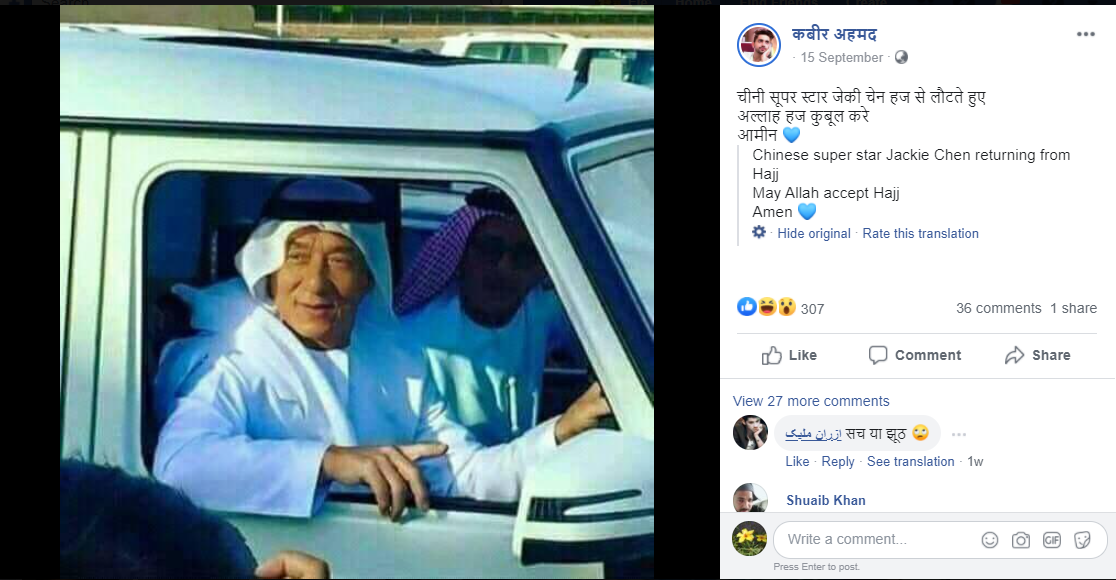 Hajj, is an annual Islamic pilgrimage to Mecca, Saudi Arabia, the holiest city for Muslims. Hajj is a mandatory religious duty for Muslims that must be carried out at least once in their lifetime by all adult Muslims who are physically and financially capable of undertaking the journey and can support their family during their absence. The Hajj is the fifth of the fundamental Muslim practices and institutions known as the Five Pillars of Islam.

On putting the picture through Google Reverse Image Search, we found the same picture in a news article by the Gulf News dated March 18, 2019. According to the article, the picture was taken when Jackie Chan was filming for his movie  ‘Kung Fu Yoga’ in Dubai in October 2015. 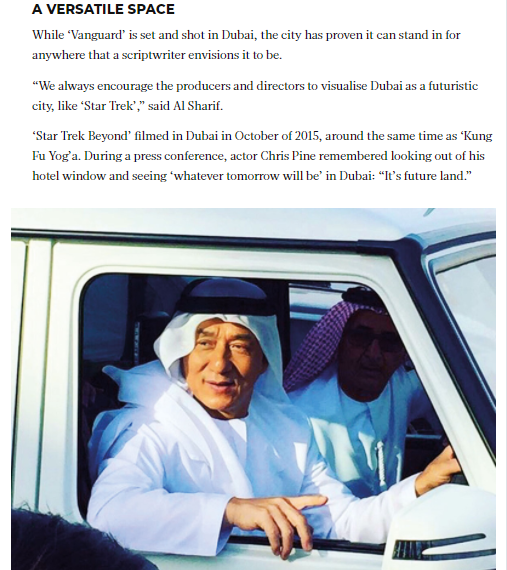 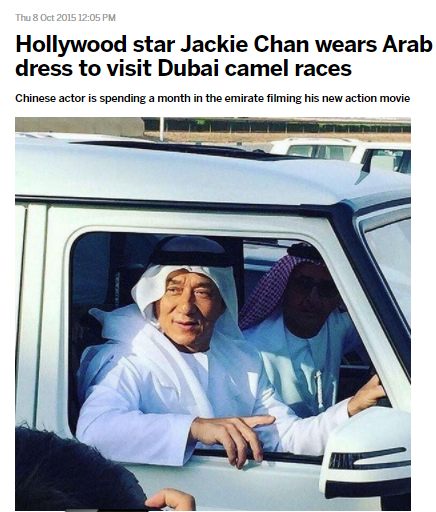 According to the article, the picture was posted by Camel racing site Al Namoos on their Instagram page. So, we scanned through the page and found the original post, dated October 7, 2015.

Another news article Emirates Woman claimed that Jackie Chan himself decided to wear the traditional dress while he was shooting for his film Kung Fu Yoga.

We also found a clip of the movie Kung Fu Yoga on YouTube in which Actor Jackie Chan was spotted in the same traditional attire.

We also found a tweet by the Official Twitter handle of the Government of Dubai Media Office. They uploaded the same image on October 8, 2015, with the caption, “Jackie Chan, in Emirati clothes, while shooting his latest film “Kung Fu Yoga” in #Dubai. ”

Hence, the social media picture is old and the claims are false about Jackie Chan’s visit to Hajj. Don’t fall for misleading claims.