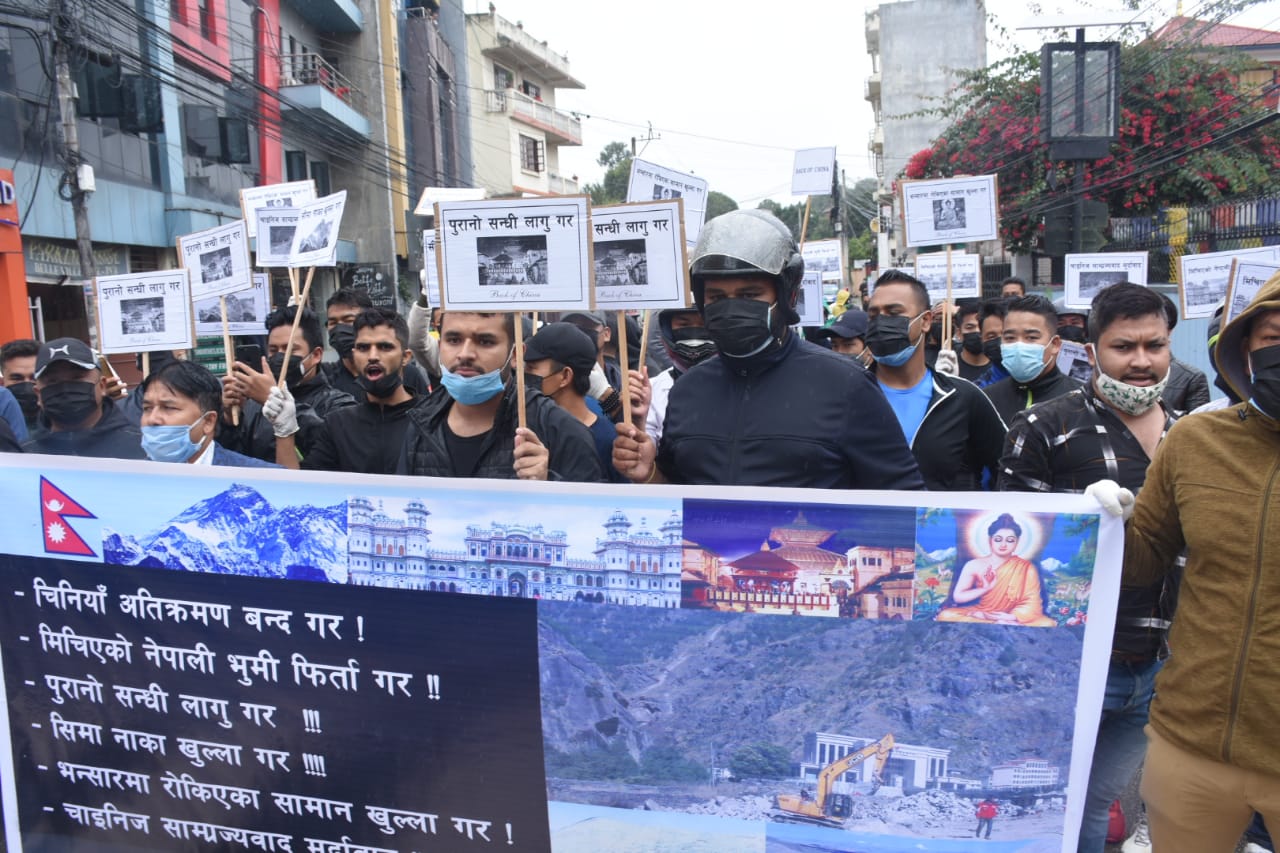 As India-China border standoff continues in eastern Ladakh along the Line of Actual Control (LAC), protests broke out outside the Chinese Embassy in Nepal’s capital Kathmandu on Wednesday over China’s ‘illegal construction’ of 11 houses in Humla district near the Nepal-Tiber border. 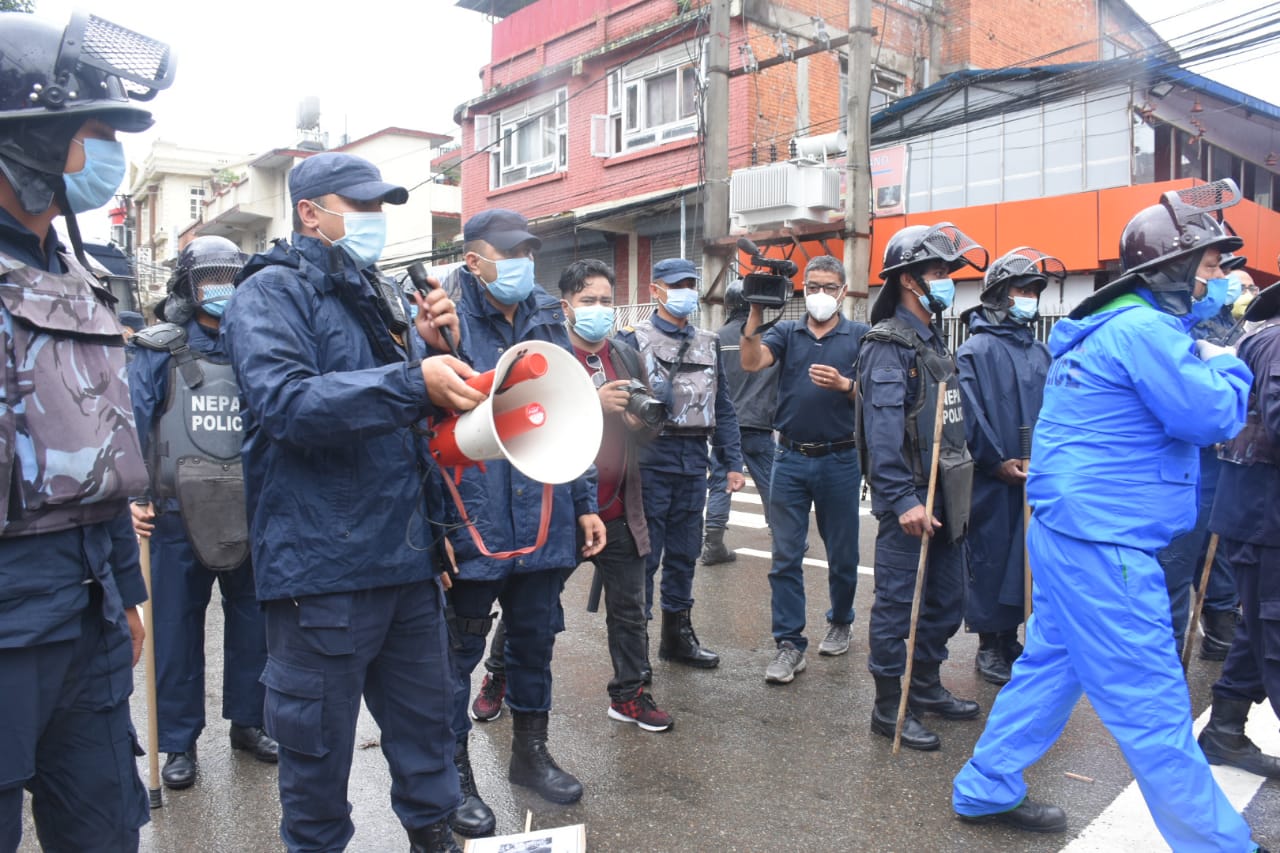 Armed with ‘Back Off, China’ banners, people have come out on the capital’s streets to protest against the Chinese intrusion in the northern Humla district of Nepal which Beijing now claims as its own territory. 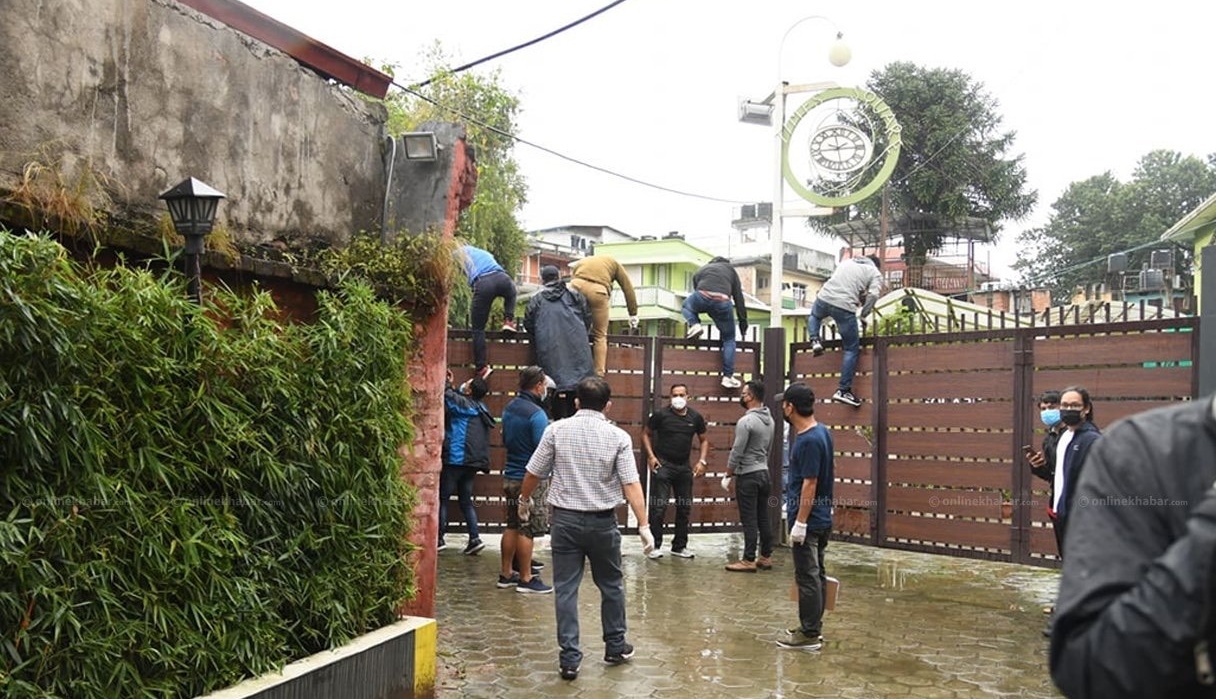 People living in Lapcha, where Chinese have constructed these buildings, promptly brought the matter to the notice of the Humla administration.

Far away from the district headquarters, the disputed area in question is difficult to reach, barren, unused and a treacherous stretch but China can easily cross over due to its proximity and road connectivity. 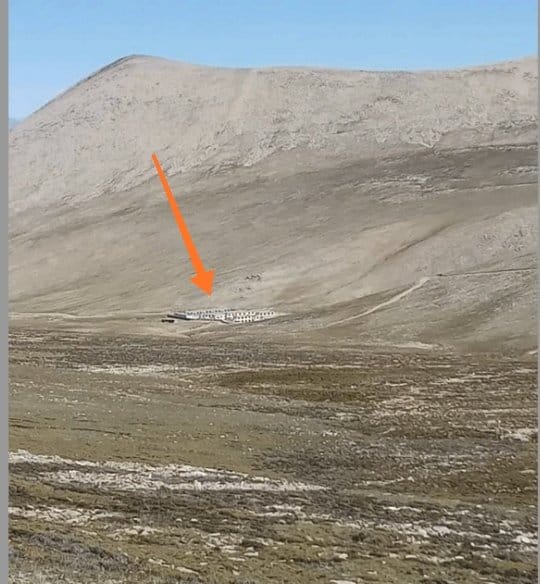 Local residents of Lapcha also complained to the authorities that the Chinese have warned them against visiting border area and threatened them with dire consequences.

Worried over these reports, Nepal’s Home Ministry sent senior officials to the disputed land to gauge the actual extent of encroachment by Chinese.

According to Nepali officials, eight years ago boundary pillar number 11 was damaged during a road construction process and a replacement had not been erected since. The Chinese spotted this and took advantage of this strategic point along the border.