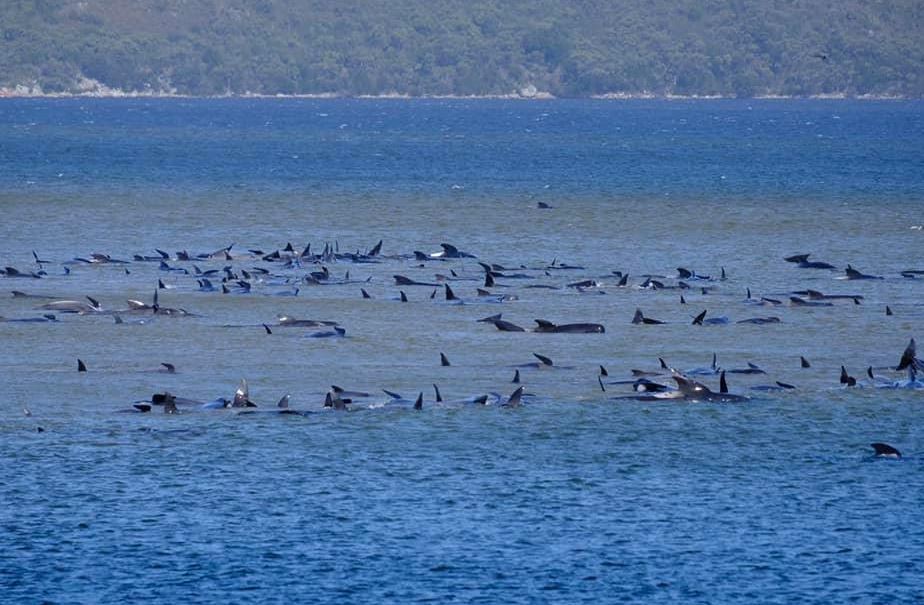 On Monday, Marine biologists were planning to rescue around 270 whales stranded near the remote west coast of the Australian island of Tasmania.

Government scientists said that at least 25 of the pilot whales appear to have already died.
Regional manager for Tasmania Parks and Wildlife Service, Nic Deka said, “While strandings are not uncommon in Tasmania, and while strandings of this scale aren’t (unprecedented), we certainly haven’t had one for at least 10 years.”

As per Tasmania’s Department of Primary Industries, Parks, Water and Environment, the whales were stranded in three groups in shallow water at Macquarie Heads.

On Monday afternoon, rescuers with specialised equipment arrived at the site to assess the situation. They were expected to gather on the shore after dark to discuss a rescue strategy.

Government scientists had estimated the mass stranding to involve about 70 whales when it was viewed from the air, but after a closer inspection, it was revealed that the whales were stranded in a larger number.

Notably, the last mass stranding of whales off the coast of Tasmania took place in 2009. Around 200 whales had beached themselves at that time. Later, in 2018, more than 100 pilot whales died after getting stranded off the coast of New Zealand.