Home Sports Cricket Get a glimpse of how teams and players are gearing up for... 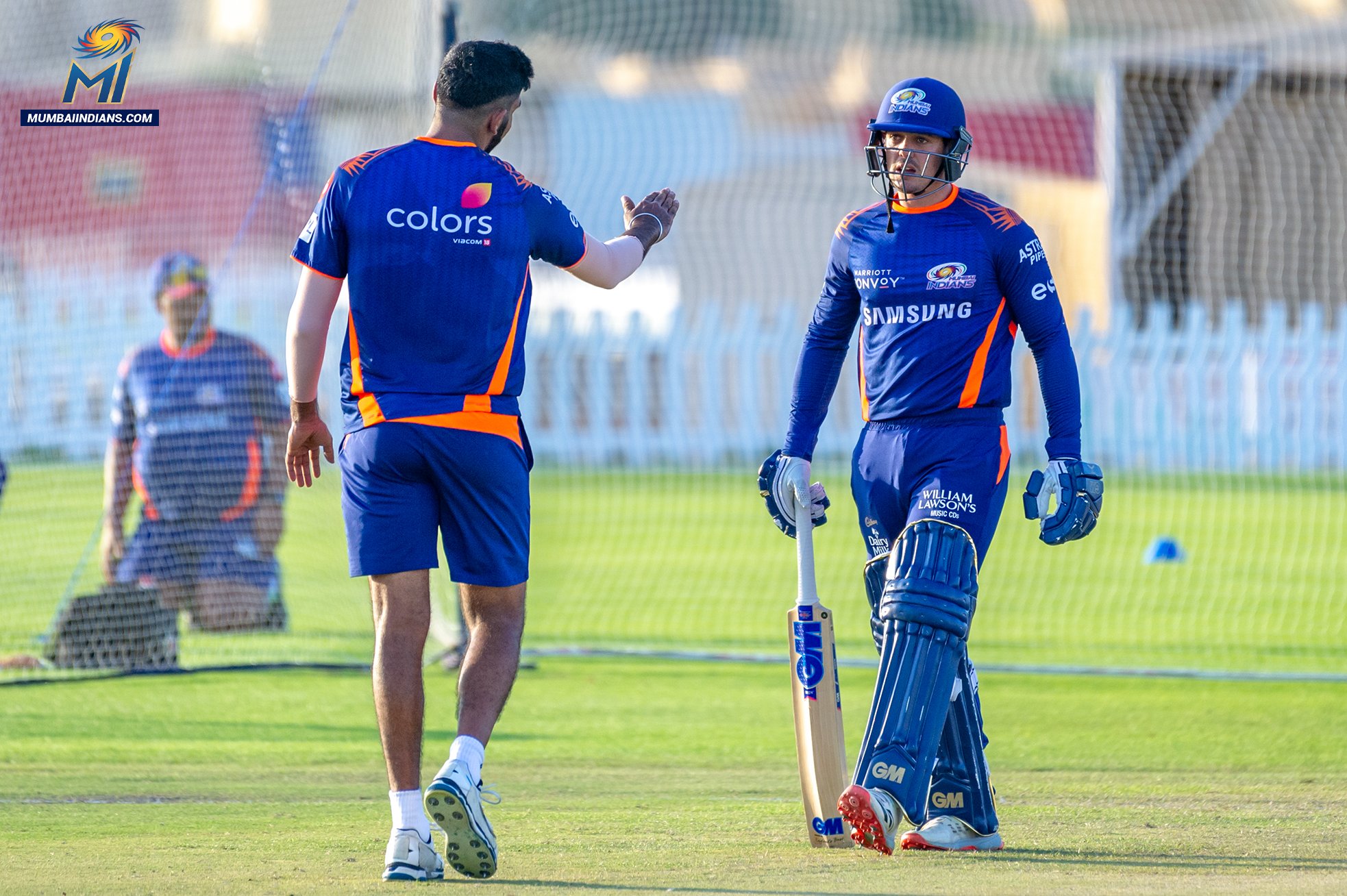 Cricketers are busy preparing for the big moment as the 13th edition of the IPL begins on the September 19 in the UAE with matches to be played in Dubai, Sharjah and Abu Dhabi. Amidst the COVID-19 pandemic and safety protocols, the teams are gearing up for the big cricketing extravaganza this weekend.

Defending champions Mumbai Indians (MI) are putting in all efforts to secure their title, hoping to get lucky with a fifth IPL victory.

Chennai Super Kings (CSK) captain Mahendra Singh Dhoni has to work without Suresh Raina and Harbajan Singh who have opted out of the IPL, but Dhoni being the leader that he is, knows how to motivate his team. Dhoni as captain has taken his team to victory in the IPL three times in the past.

Royal Challengers Bangalore (RCB) bowler Chris Morris is seen practicing his bowling with much precision as the team gears up for their first match on September 21 against SunRisers Hyderabad (SRH).

RCB players will sport jerseys to pay tribute to ‘Covid heros’ who have been in the frontline while battling the global coronavirus pandemic. Delhi Capitals too will pay tribute to covid warriors.

Kolkata Knight Riders (KKR) who have lifted the IPL trophy in the past, are confident that #KKRTaiyaarHai to take on their opponents on field.

The orange army SRH who play their first match on September 21st against RCB are confident to take on their Southern opponent to storm ahead of the table as they take on other teams too. Will SRH have chances of winning the IPL title for the second time?

Delhi Capitals (DC) captain R Ashwin celebrated his birthday with his teammates on Thursday, bringing in a light moment before the big matches begin. DC will play against Kings XI Punjab (KXIP) on September 20th.

ALSO READ: Gala IPL Weekend: Here’s all you can look forward to in the 13th edition

Rajasthan Royals (RR) is unsure whether Steven Smith will be fit to play for his IPL team anytime soon, after missing the entire England ODI series due to the concussion suffered during training. Cricket Australia is working in tandem with RR to ensure Smith’s return to competitive cricket following “concussion protocols” The rest of the team however is gearing up to give their best shot this season.

When it comes to KXIP, the team has to prove their critics wrong. Former cricketer Sunil Gavaskar feels the team’s batting line-up will do the bulk of work but their bowling won’t impress. Will the lions roar on field to be make it to the top of the IPL table?

There is plenty of speculation, the clock is ticking as the countdown to IPL begins and the teams wait to storm the field.