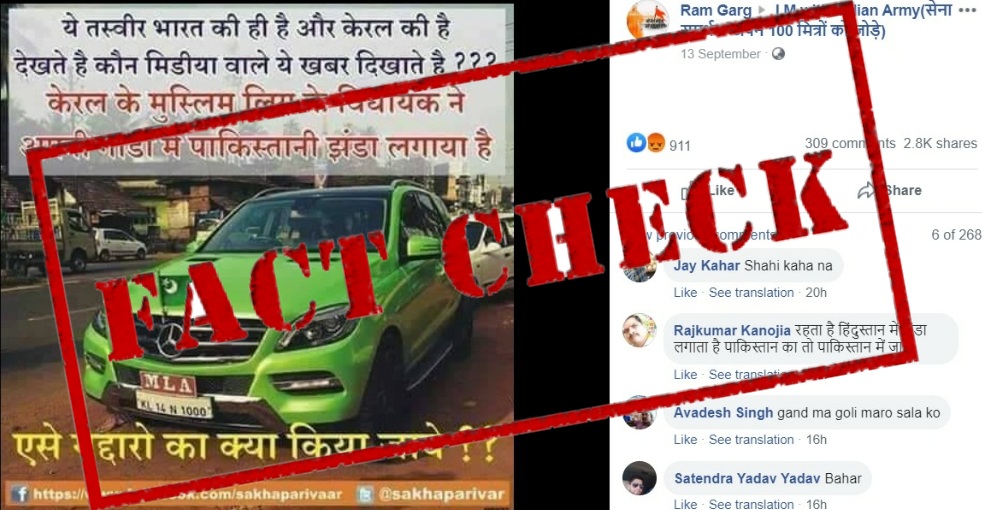 A picture of a green coloured vehicle has gone viral on social media with the claim that a Kerala MLA’s car had Pakistani national flag on it.

(Translation: This picture is from India, let’s see which media will show this news ??? A Muslim League MLA of Kerala has put Pakistani flag on his car. What should be done with such traitors?) 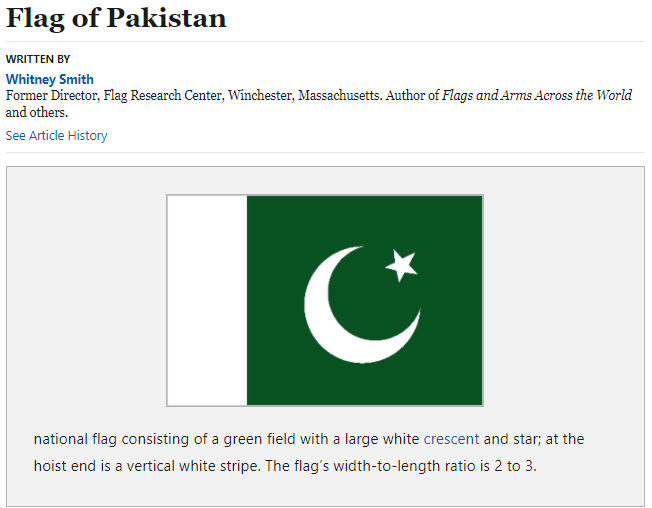 On digging further, we found another picture of the flag on Wikipedia. We found that the flag on the green car is of the Indian Union Muslim League (IUML), an Indian Political Party. 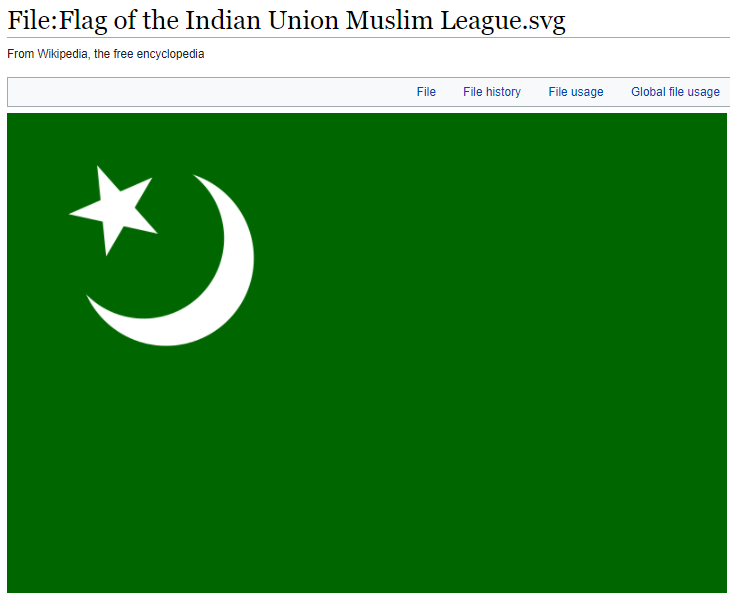 Moreover, we found an article in Deccan Herald on April 19, 2019, claiming that IUML Party may initiate legal measures over the misleading claims projected on the party flag by the BJP. 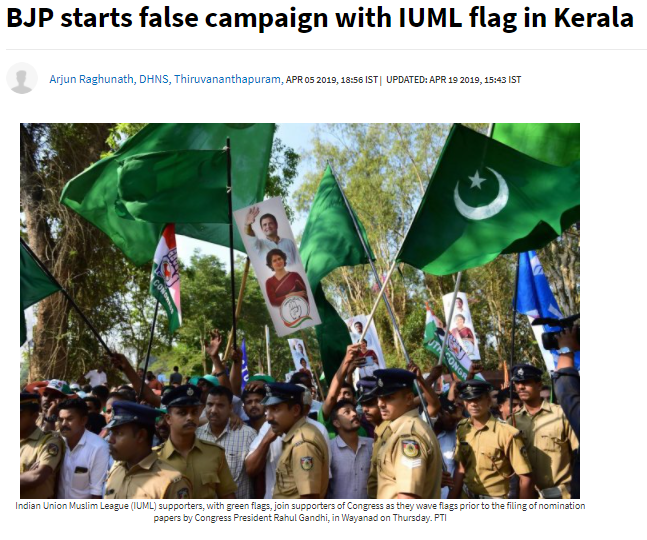 Further, we also found a complaint filed by the Indian Union Muslim League (IUML) against the misleading attack on the IUML flag to the Election Commission dated April 05, 2019. 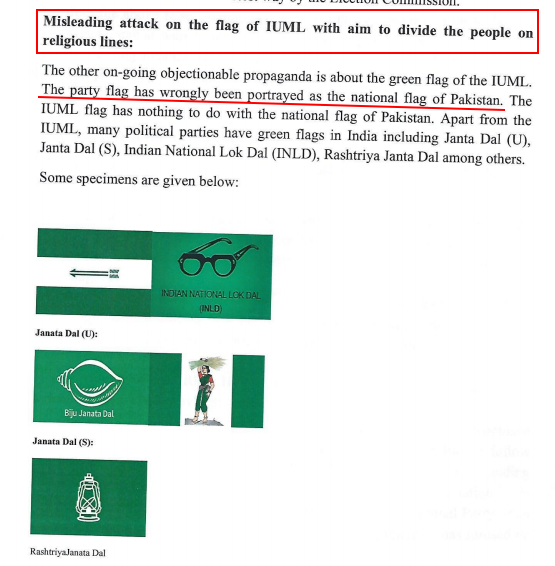 A similar fact-check was done by NewsMobile earlier on April 9, 2019.

In conclusion, the flag on the car is of the Indian Union Muslim League and not of Pakistan. Don’t fall for false and misleading claims.