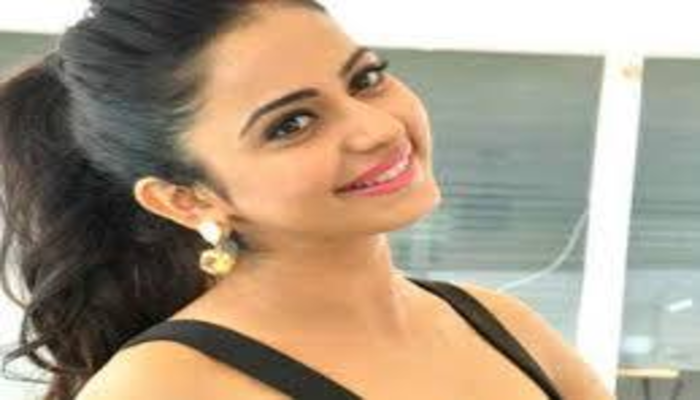 Bollywood actor Rakul Preet Singh, whose name also surfaced in a drugs case related to the death of Sushant Singh Rajput, on Thursday moved the Delhi High Court seeking directions not to telecast or publish on TV channels and other platforms any content related to the narcotic drugs case that maligns or slanders her image.

Rakul Preet Singh also told the High Court that media reports are being run in contravention with the Information and Broadcasting Ministry guidelines.
A single-judge bench of Justice Navin Chawla issued notice to the Central government, Prasar Bharati, Press Council of India and News Broadcasters Association on the matter and listed it for further hearing on October 15.

The bench also directed the Centre, Prasar Bharati and News Broadcasters Association to consider Rakul Preet Singh’s plea as a representation and expeditiously decide it including any interim directions that ought to be issued.

The High Court also expressed hope that TV channels shall show restraint and abide by the program code and other guidelines while making any report in connection with Rakul Preet.

The Central government submitted that an order of pre-censorship ought not to be passed and that there has been no complaint from her under the Cable TV Act.

The actor, in her plea, told the court that being a well-known Indian film actress and model who has worked in the Telugu, Tamil, Kannada and Hindi film industry, she has starred in numerous movies and won several film awards and acclaim over the years.

The plea said the petitioner is a non-smoker, a teetotaller, into fitness, yoga and meditation, is also known for her healthy lifestyle.

“In recognition of her popularity, clean image and public service, the Telangana government appointed her in 2017 as the brand ambassador for the “Beti Bachao, Beti Padhao” programme. She is also associated with various brands, including Samsung mobiles,” the plea said.

It said the Ministry of Information and Broadcasting has specifically prohibited the telecast of any content that criticizes, maligns or slanders any individual or which contains anything defamatory, deliberate, false and suggestive innuendos and half-truths.

The plea also said the Press Council of India has also specifically required the media not to sensationalise or invade privacy rights.

“She was shocked to watch news relating to her, along with actress Sara Ali Khan and designer Simone Khambatta, being named as individuals who take drugs by actress Rhea Chakraborty in the ongoing investigation by the Narcotics Control Bureau in Mumbai,” the plea said.

Also Read: Rajnath’s terse message to China: No power on earth can stop India from patrolling

“The respondents have failed to discharge their statutory functions of ensuring compliance by the members of the News Broadcasters Association of their own directives, which has resulted in the flagrant violation of the fundamental rights of the Petitioner guaranteed under Article 14, 19 and 21 of the Constitution,” it added.

The plea said she does not take drugs at all, and has, to the best of her recollection, has only met Sara Ali Khan twice and has not met Simone Khambatta at all.

In her plea, she urged the court to issue directions to authorities to ensure the members of the News Broadcasters Association to comply with the directions issued by the Centre.

She also sought directions to the Press Council to ensure the members of the News Broadcasters Association comply with the directions contained in its Media Advisory.