Fact Check: This man with Kangana Ranaut in this viral picture is NOT gangster Abu Salem | Newsmobile
Monday, August 8, 2022

A picture of actor Kangana Ranaut with a man is doing rounds on social media with a claim that the man in the picture is gangster Abu Salem.

(Kangana Ranaut with underworld don Abu Salem. What is this relationship called?) 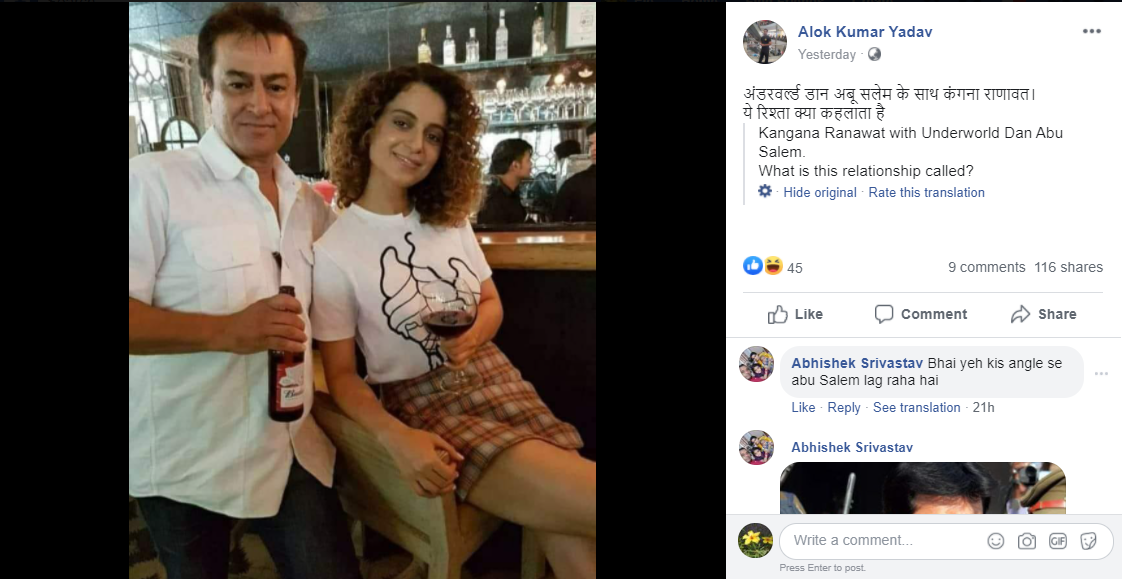 On putting the picture through Google Reverse Image Search, we found the same picture in a news article by the HuffPost dated September 24, 2018. The article was written by Mark Samuel, an Indian Journalist. 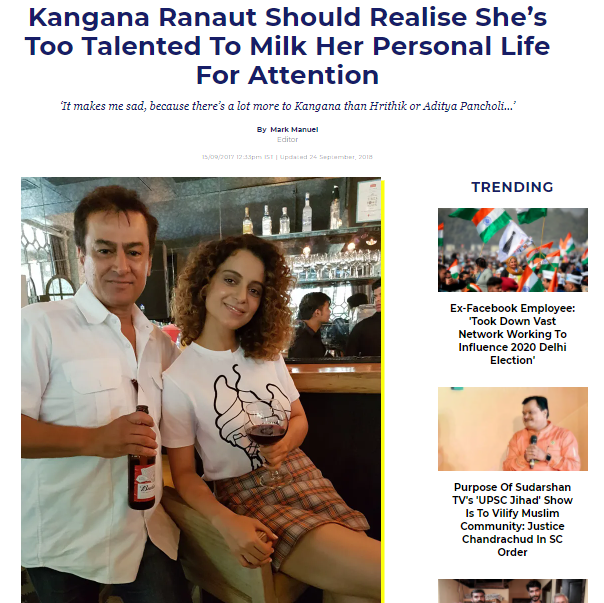 Further, we went to Mark Samuel‘s Instagram profile and found the same picture of Kangana Ranaut which was uploaded on September 15, 2017. We found that the man in the picture was Mark himself.

Kangana Ranaut… love, sex and betrayal. Read it on my Facebook page.

We then searched for Mark Samuel on Facebook and found the same picture which was uploaded on September 15, 2017. The Facebook caption claims that this picture was taken at The Korner House, a restaurant in Mumbai.

Hence, the man in the picture with Kangana Ranaut is Indian Journalist Mark Samuel and not Gangster Abu Salem. Don’t fall for false and misleading claims.