“Dear Mr. Attle, I understand from reliable source that Subhas Chandra Bose, your war criminal, has been allowed to enter Russian territory by Stalin. This is a clear treachery and betrayal of faith by the Russians as Russia has been an ally of the British-Americans, which she should not have done. Please take note of it and do what you consider proper and fit. Yours sincerely, Jawaharlal Nehru.” 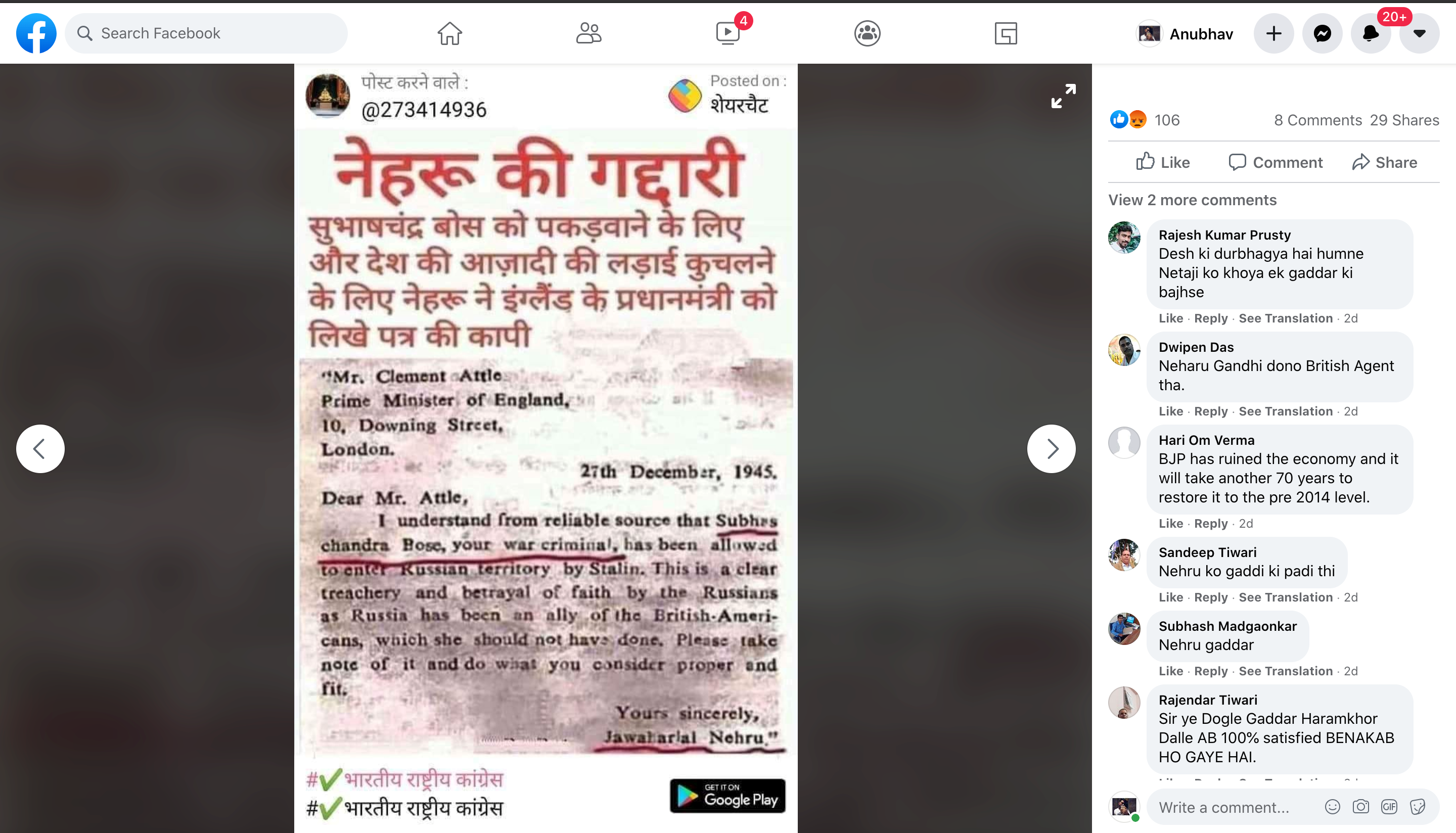 Upon further research, we found some of these posts from as early as 2016.

Through a keyword search, we found a video interview of historian Ramachandra Guha from 2016 who clarified that the letter in concern is not authentic and was a “dubious claim by a witness seeking publicity before the Khosla Commission in 1970.” 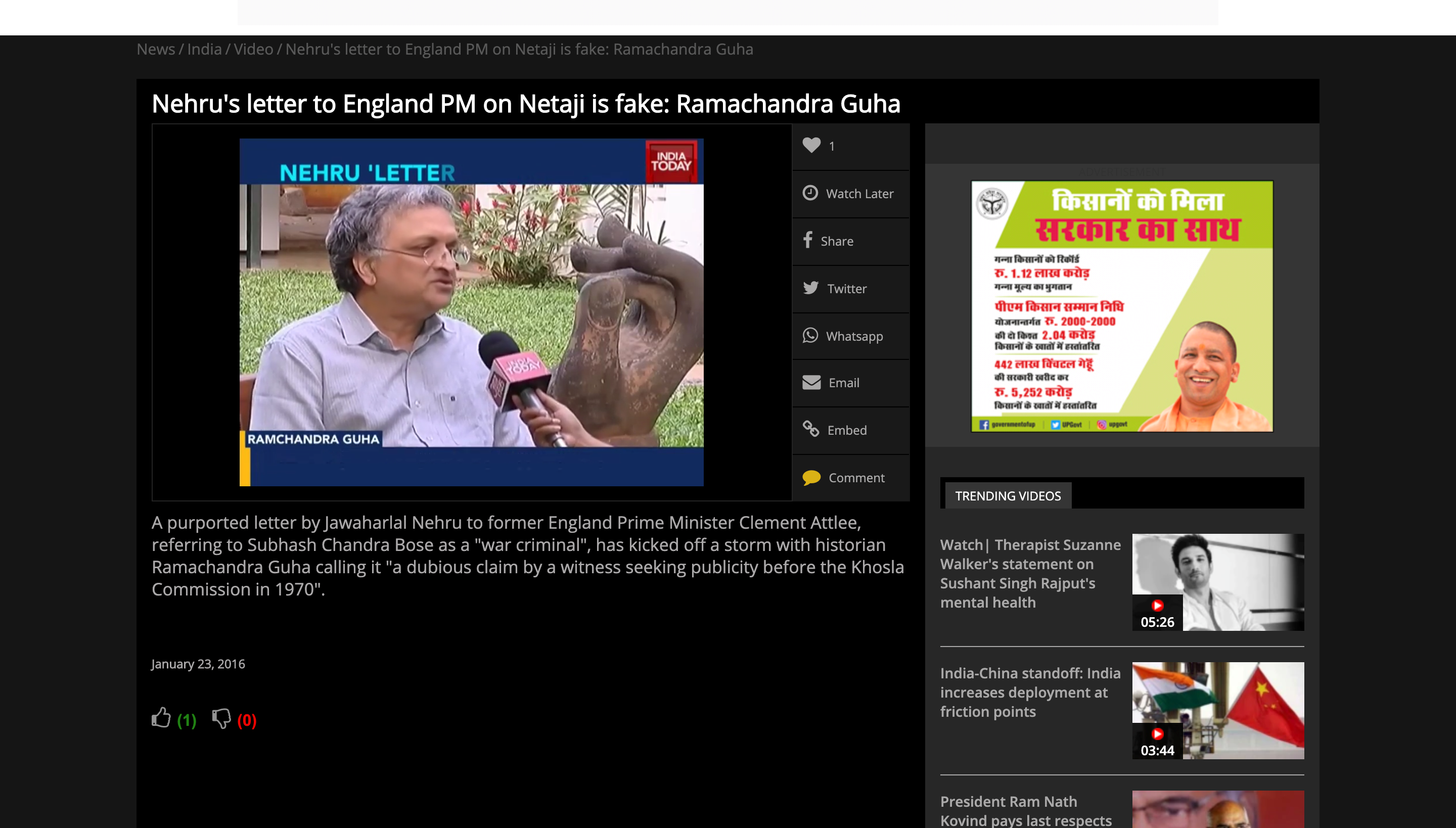 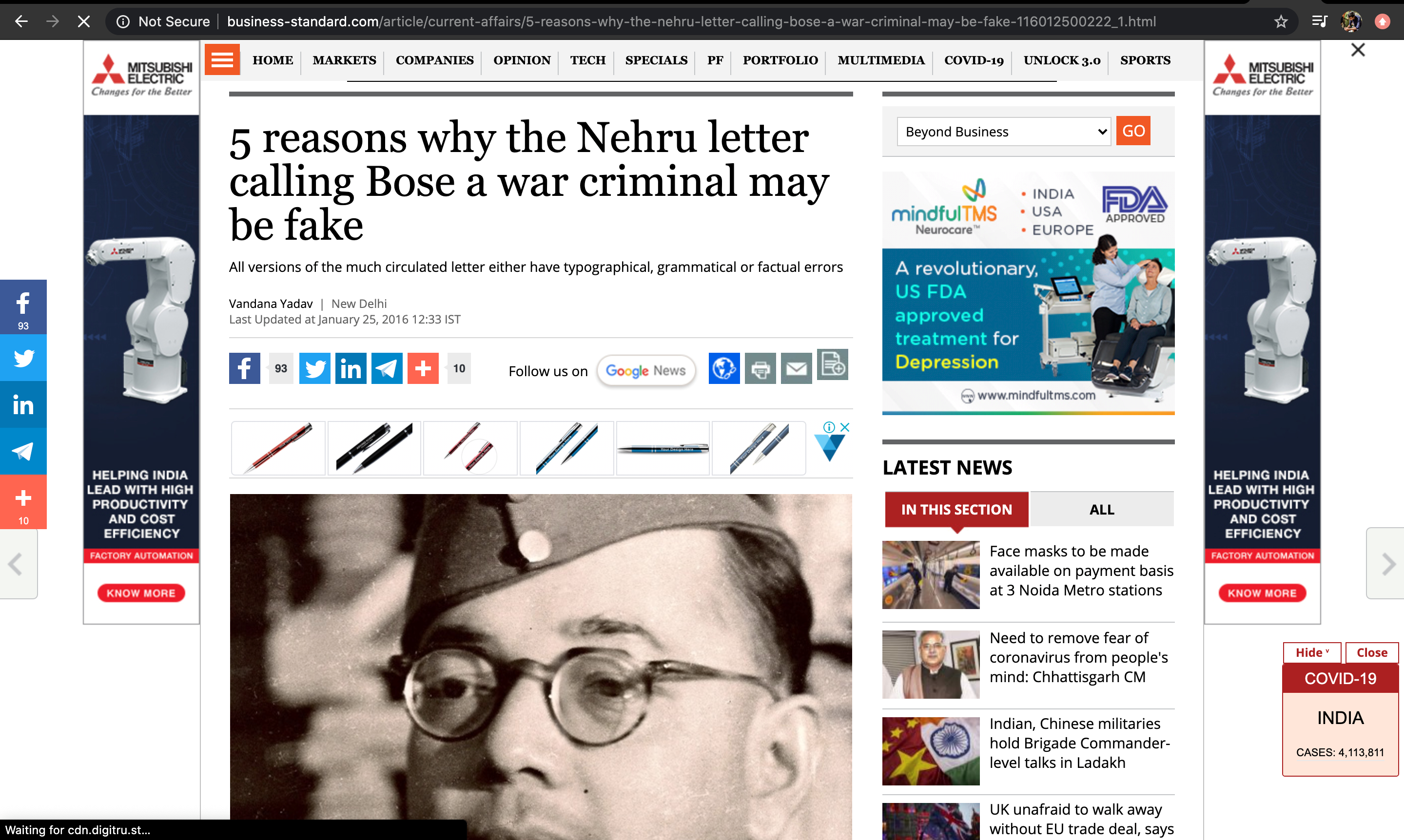 Hence, this proves that the letter and the mention from the letter about Subhash Chandra Bose are inauthentic.