Multiple posts have been doing the rounds on social media with the claim that Indian Railways has been completely privatized, and as a result, scores of people working in the Railways would lose their jobs.

Some of the captions were linked to a media report claiming ‘Railways To Be Sold Completely: 7 Factories Merged For Easy Sale; Contract Labour To Replace 3.5 Lakh Regular Post’ 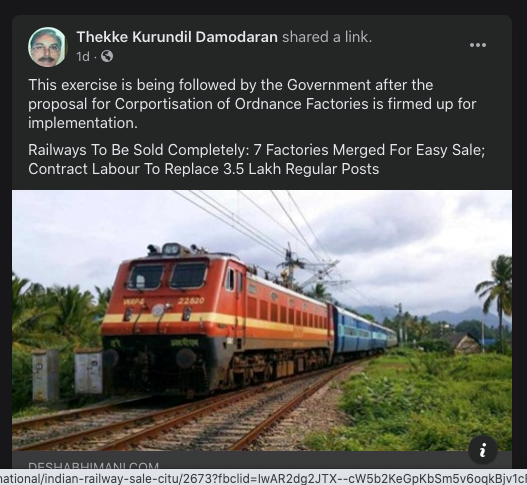 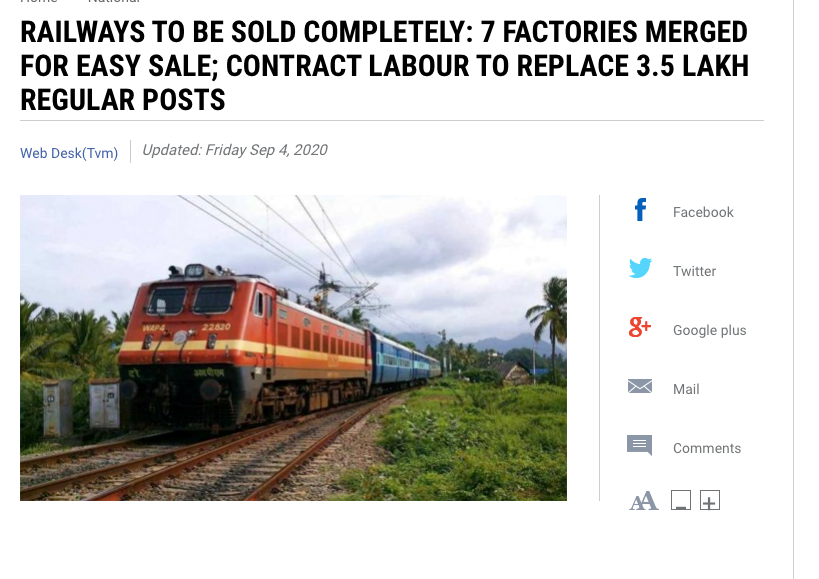 We fact-checked the claims and found them to be misleading.

Since the claims were about government-owned Indian Railways, we checked the official Press Information Bureau Twitter account. We came across the PIB Fact Check page which confirms these claims as misleading.

Claim: #IndianRailways is being completely privatized along with a cut in jobs. #PIBFactCheck: This claim is #Misleading. There are certain areas where public-private partnership is being worked upon but the control will still vest with @RailMinIndia.
No jobs are being lost. pic.twitter.com/nV5FxFqAcT

The post reads: This claim is #Misleading. There are certain areas where public-private partnership is being worked upon but the control will still vest with @RailMinIndia. No jobs are being lost.

The clarification by PIB mentions that while a public-private partnership is being worked out, the control will still remain with the Ministry of Railways and that no jobs are were being taken away.

Further, we also checked media reports on the same using keywords from this story.

We found a Livemint article from July 2020 stating that there would be no job cuts in Railways but some changes in job profiles could be made. 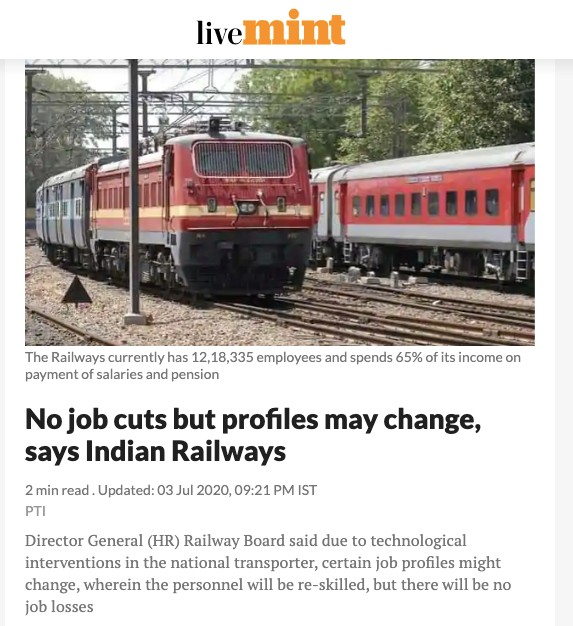 Another article from March 2020 mentioned that parts of Railways would be privatized, which includes 151 modern trains or rakes to be introduced and 109 pairs of routes to be planned out for private train operations by 2022. 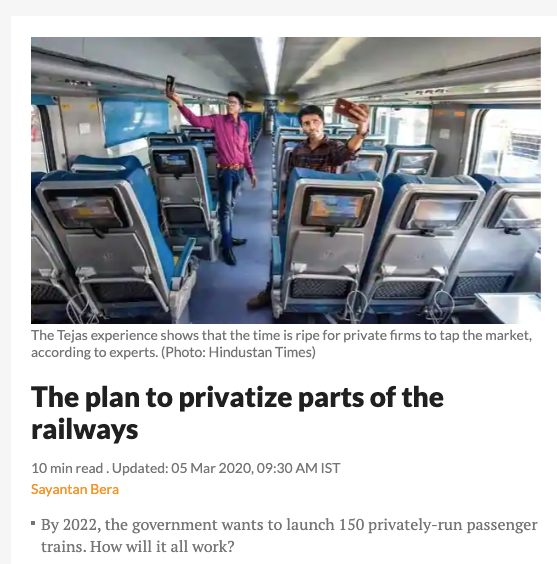 Hence, the claims that Indian Railways is being ‘fully’ privatized and jobs are to be cut, are misleading.