A picture of a minor girl sitting next to a middle-aged man is doing rounds on social media with a claim that the 10-year-old orphan girl named Anita was married to a 40-year-old man named Shivnath Chaturvedi.

This picture also claims that Anita’s father Ashok Chaturvedi had passed away and Anita was being married off to her uncle Shivnath Chaturvedi. 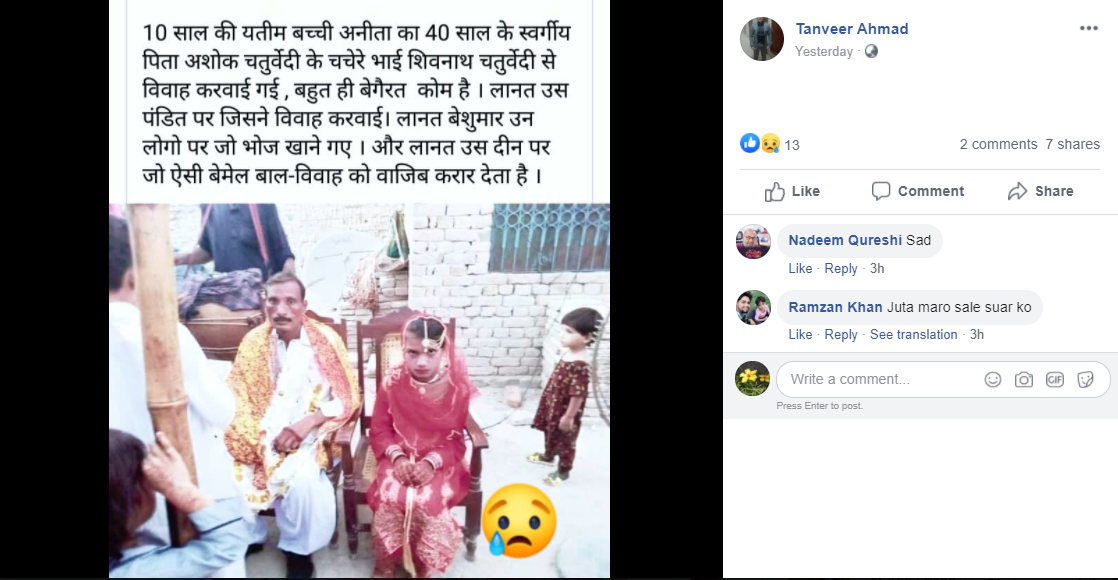 NewsMobile fact checked the above post and found that the claims are false and misleading.

On putting the picture through Google Reverse Image Search, we found that this picture was shared by a verified Twitter user, Shah Begum, Founder of Women Voice Pakistan, claiming that this child marriage is a slap on the face of the entire society. This gave us a clue that this incident could be from Pakistan.

Further, we found this picture in an article by Baaghi TV dated August 20, 2020, claiming that this is a picture from Liaquatpur, Pakistan. 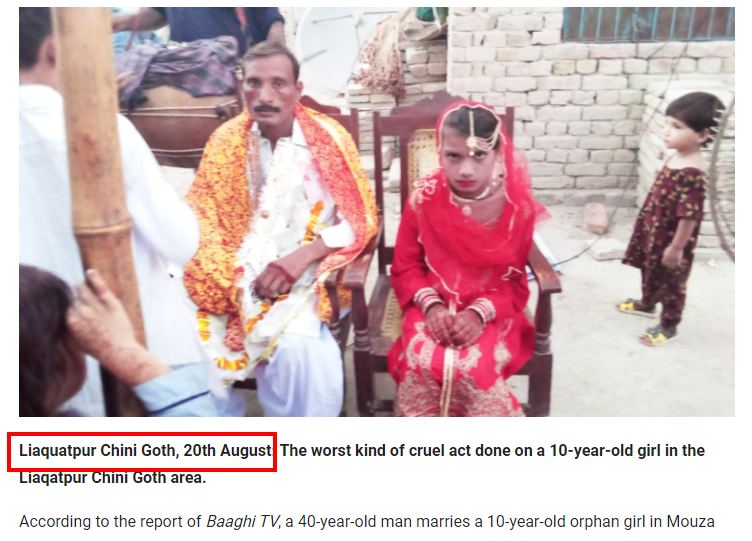 We also found a video on UNewsTV.com, which was uploaded on August 18, 2020, claiming that police have arrested a 40-year-old man for marrying a 10-year-old girl in Ahmedpur Sharqia, Pakistan.

The report claimed that the minor girl had lost her father a long time ago and her mother sold her to Tariq Mehmood, the 40-years-old man, who has been taken under custody. Police said that further investigation will be done on the guests, who were part of the ceremony that took place in the Ramkali area of Ahmedpur Sharqia. 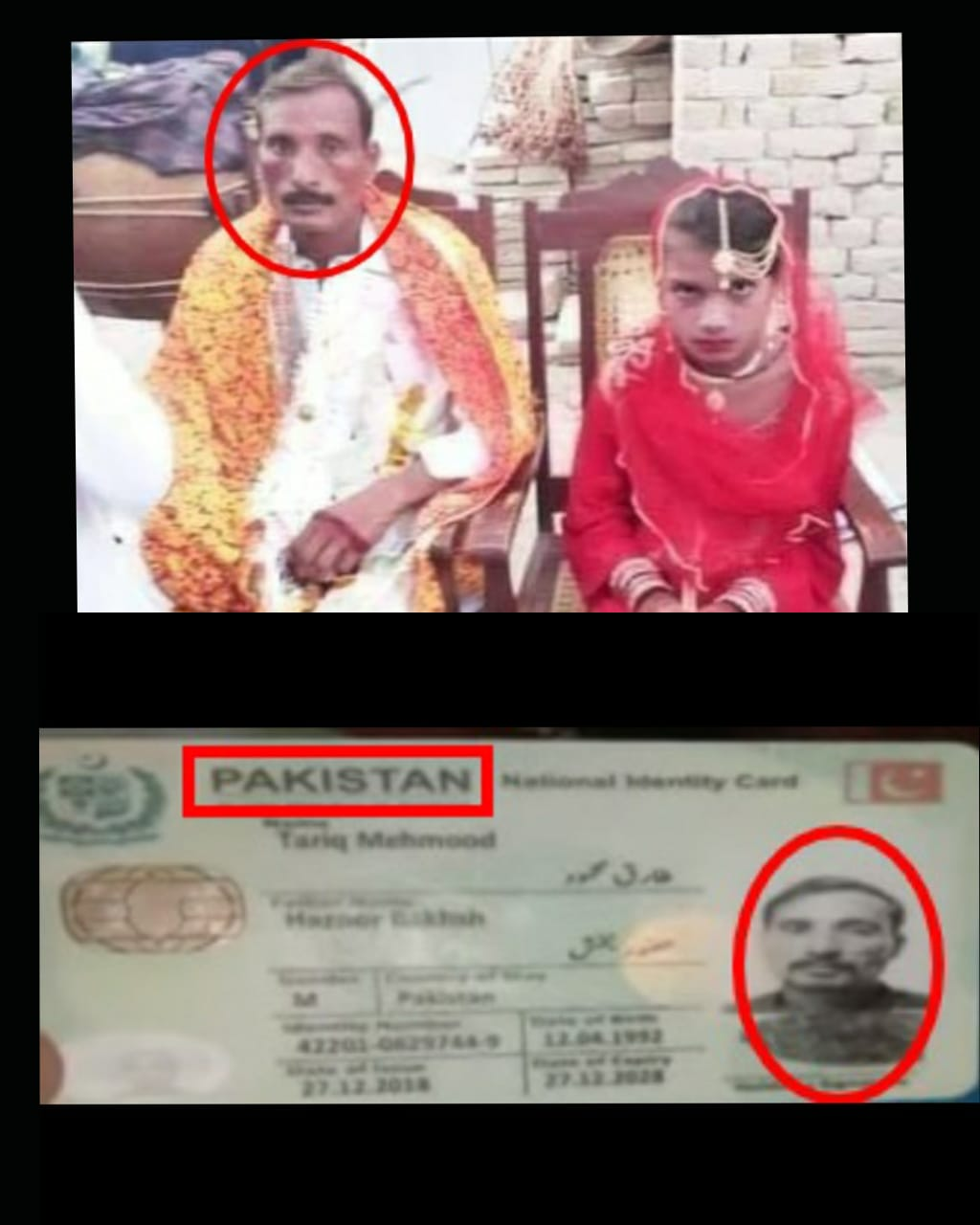 Moreover, the Facebook viral post claims that the name of the 40-year-old man is Shivnath Chaturvedi but when we look at the Identity card carefully we found that his name is Tariq Mehmood.

Hence, with the help of the above information, it has been proved that various claims on social media about the picture are false and misleading.