A video of students rally in Mohali, Punjab against the abrogation of Article 370 is doing rounds on social media claiming that the video is recorded recently. 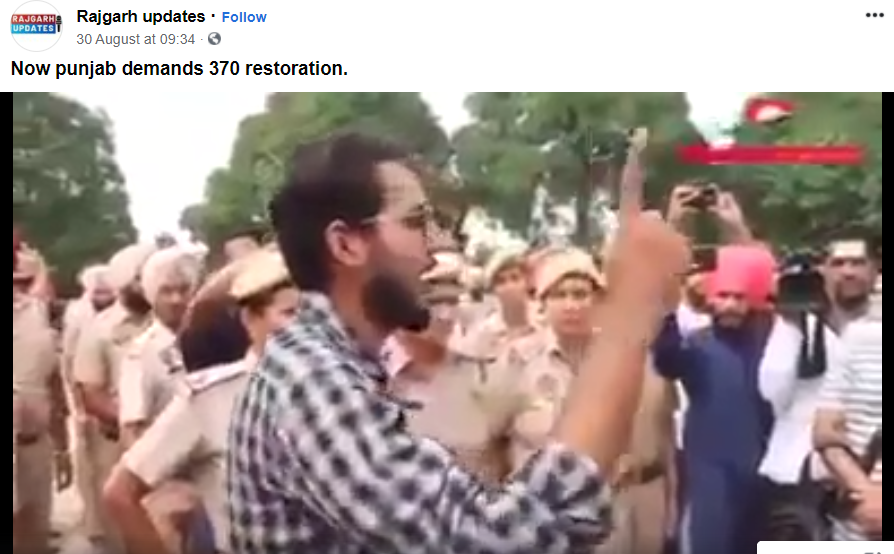 We got our first clue when we analysed the video carefully and noticed that no one was wearing masks. In the midst of the Coronavirus pandemic, it is mandatory for every individual to wear masks.

With the help of keywords ‘Protest Mohali Article 370’, we found a video on YouTube which was uploaded on September 15, 2019, claiming that 15,000 people protested in Punjab against the removal of Article 370 in Kashmir and raised fierce slogans against the Modi government.

We found the same video on BBC News Punjabi claiming that different organisations of workers, students and farmers came together in solidarity with people in Kashmir on the issue of abolishing Article 370. These organisations had announced holding a protest in Mohali on September 15. However, the administration had refused permission for it.

By matching the frame of the viral video and video of 2019 of the man wearing a blue checked shirt who is pointing out his finger, we can clearly see the man in both frames is same. 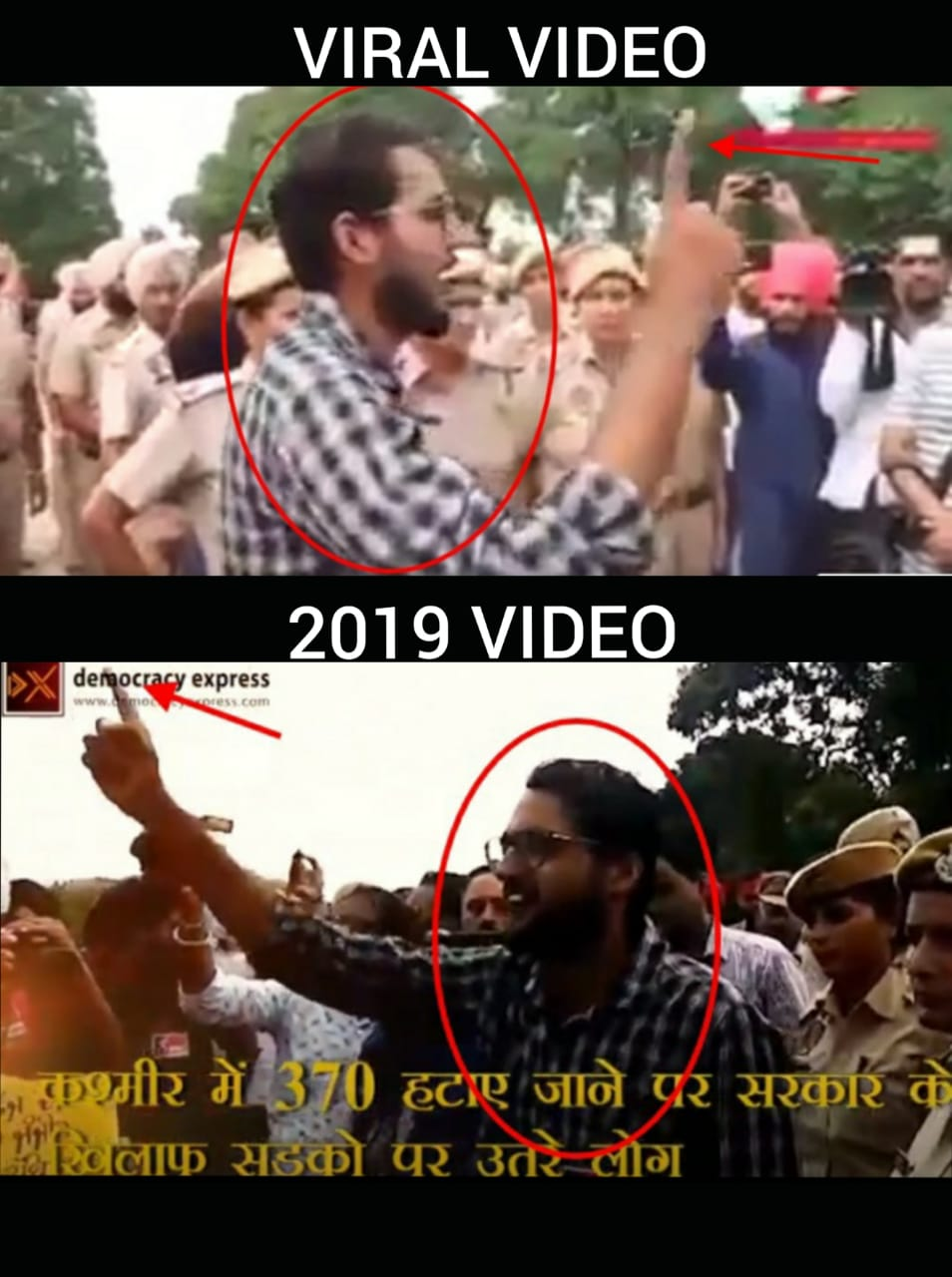 Our further investigation took us to a news article on Indian Express dated September 16, 2019. 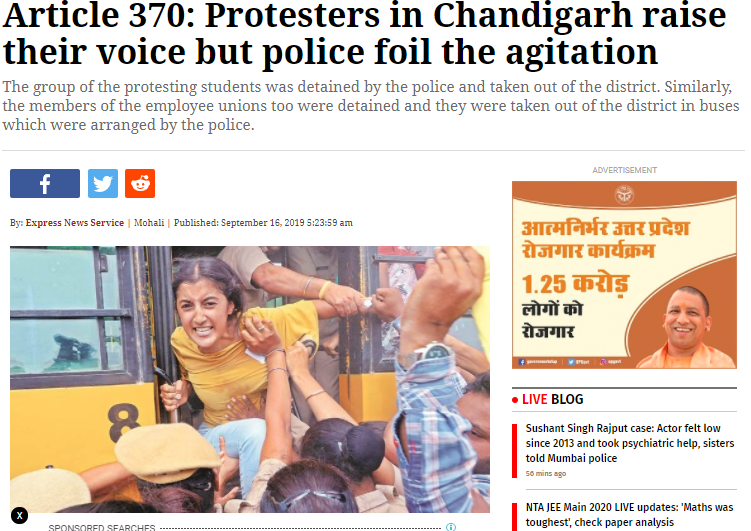 On comparing another snapshot of a woman protestor wearing a yellow coloured top, we can clearly see that the woman in the viral video and the picture on Indian Express are the same. 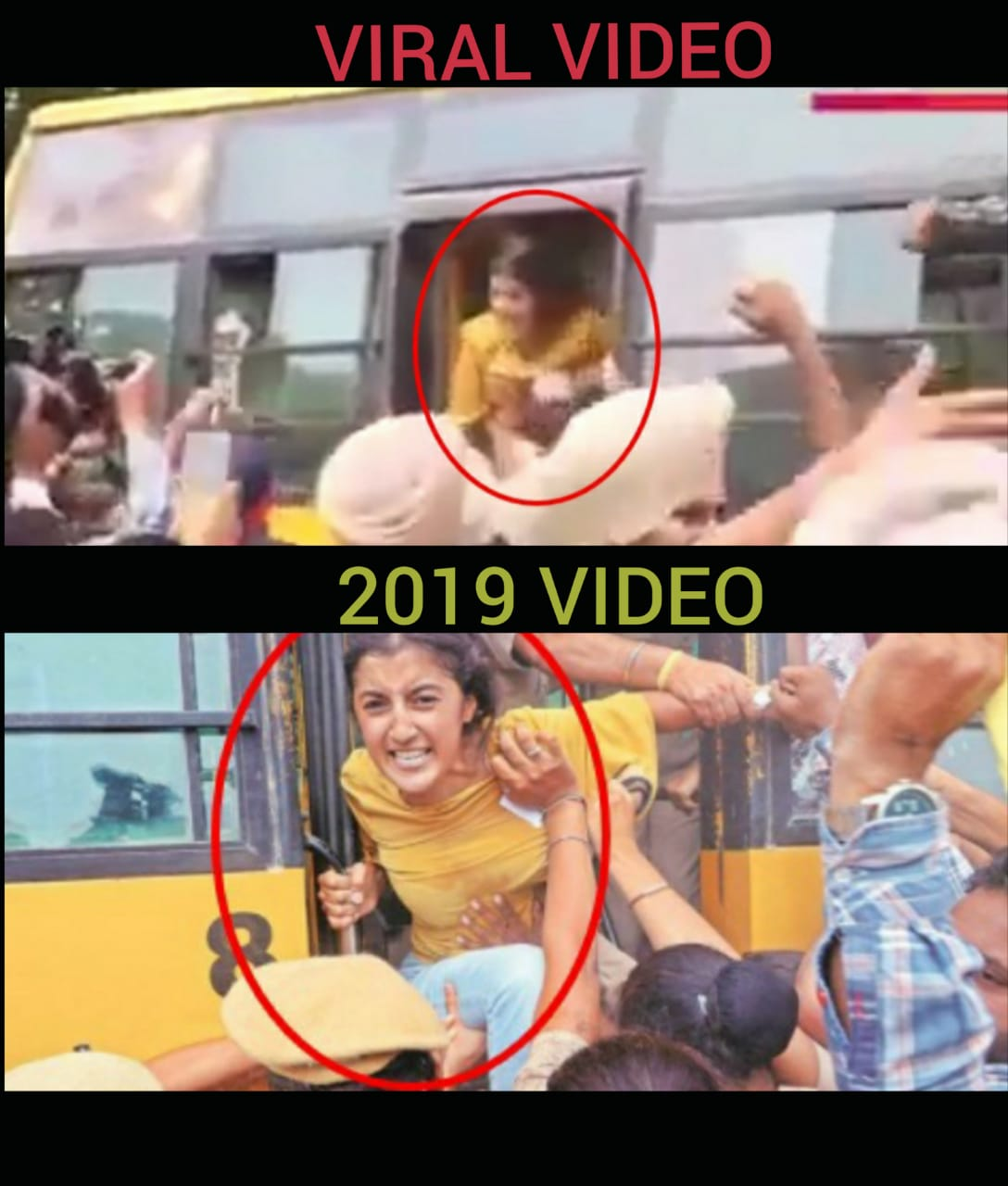 In conclusion, with the help of the above information, it has been proved that the video of Punjab protest is old and is resurfaced to mislead the masses.